A Chicopee man believed to be the “Route 91 Bandit” who allegedly robbed 14 banks and credit unions across New England over the past year was arrested Thursday.

Taylor Dziczek, 30, was arrested via a federal criminal complaint that charged him with robbing a Connecticut bank earlier this year.

In the complaint, Dziczek is listed as a suspect in several more bank robberies that took place in Connecticut, Massachusetts, Vermont, and New Hampshire since September 2021.

The Massachusetts U.S. Attorney’s Office said in a news release that the FBI and state and local police have been investigating 14 robberies and one attempted robbery of banks and credit unions in Massachusetts, Connecticut, Vermont, and New Hampshire that appeared to be committed by the same person, dubbed the “Route 91 Bandit,” between September 2021 and August 2022.

During the investigation, the release said, Dziczek was identified as a suspect in the robbery of Peoples United Bank, located at 117 East St. in Plainville, Connecticut, on May 26, 2022.

Dziczek allegedly entered the bank, approached the counter, and gave the teller a note saying something to the effect of “I have a gun. Don‘t call 911. Don‘t set off any alarms,” the release said.

When the teller said she didn’t have any more money, Dziczek allegedly pulled what appeared to be a black firearm from the front pocket of his sweatshirt. He allegedly made further threats, including “Give me all the money,” “I have a gun,” and “Don‘t be a hero.”

While Dziczek was at the bank, the release said, he removed some of the paper money wrappers from the money he received from the teller and threw them away at the bank before he fled the scene. Plainville detectives collected the discarded money wrappers as evidence.

On Oct. 21, 2022, FBI special agents surveilled Dziczek while he was in the MGM Casino in Springfield, Massachusetts. They later retrieved a Red Bull energy drink can with a black straw which Dziczek was seen drinking from at the casino, the release said.

Dziczek appeared before a U.S. magistrate in Hartford Thursday and was ordered detained, the release said. The charge of bank robbery carries a sentence of up to 20 years in prison.

In February, the FBI offered a $10,000 reward for help identifying the Route 91 Bandit. 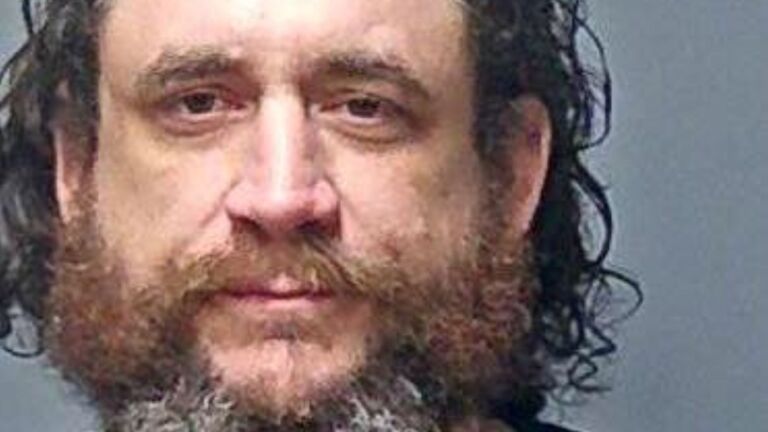