Last week, Boston police announced they found the remains of four human infants or fetuses in a South Boston apartment.

But as we await the Office of the Chief Medical Examiner’s autopsy of the bodies, experts say it could be difficult to accurately pinpoint the exact age of these victims, as well as the manner and cause of their deaths, The Boston Globe reported Sunday.

While the latest release from Boston police used the word “infant” to describe the remains, the Globe reported that a spokesman for the department clarified that they used that term simply because it was the same language used in a case file from the medical examiner’s office.

Furthermore, the Globe reported, a spokesman for the Suffolk County District Attorney’s Office said the wording in the release wasn’t meant to imply that police believe the remains were from humans who died after birth.

Forensic pathologists interviewed by the Globe said there are many reasons why determining important information about the remains may be difficult.

Was the baby ever born?

“First question you’re trying to answer is: Is this a live born or stillborn,” Dr. Jonathan Arden, a forensic pathologist and former medical examiner told the Globe. Certain physical characteristics such as weight may help determine this, he said.

If the examiner determines the gestational age to be 20 weeks or fewer, it is unlikely that the fetus would’ve been viable outside the womb. Fetal viability is generally considered to be achieved around 24 weeks.

A younger gestational age means the remains are more likely to be that of a stillborn baby, Dr. Thomas Andrew, the former chief medical examiner in New Hampshire, told the Globe, but an older gestational age does not definitively prove a live birth.

Medical examiners will also be looking for serious birth defects, the Globe reported.

“Even if it’s a viable age in terms of its gestational age, but has a birth defect that’s not compatible with life, that would imply the birth was stillborn,” Andrew said.

If the fetus was likely viable and no fatal birth defects are detected, the Globe reported, the medical examiner will start searching for evidence of a live birth.

There may be witnesses who can attest to this, Arden told the Globe. But if not, evidence such as colostrum, breast milk, or formula found in the stomach of the body would be proof of a live birth, Andrew said.

Medical examiners could also use X-rays, microscopic examination, or physical exams to test whether or not the body’s lungs ever took a breath, the Globe reported.

Are the remains too deteriorated?

Another problem the medical examiner may face is that the remains could be too deteriorated to make conclusive judgments. At least one of the four bodies was reportedly found in a freezer, which alone could cause issues.

Frozen human remains can shrink, disintegrate, and lose anatomical details and fluids, Arden told the Globe, and the thawing process could cause further deterioration.

“It becomes very difficult to make any good assessments on those organs,” Arden said.

Freezing the body could also kill viruses or bacteria that were present, Dr. Jane Turner, a forensic pathologist, told the Globe.

A determination may be impossible

The public should be ready for the possibility that the medical examiner will ultimately be unable to determine whether the remains are fetal or infant, Arden told the Globe.

“You have to be intellectually honest and admit what you don’t know or can’t determine,” he said.

And even if the medical examiner makes a call on whether the remains were fetal or infant, they might not be able to determine the cause and manner of death.

Still, the medical examiner has some tools, such as looking for signs of trauma such as stab wounds, ligatures marks, or fractures, Andrew told the Globe.

A toxicology report could also detect the presence of alcohol, some drugs, and some medications, but that wouldn’t necessarily help them conclude what the cause of death was, he said.

Investigators will also try to identify the remains, but it’s possible no one attests to being a parent or relative.

If this happens, investigators could genetically test the remains, but they’d be using law enforcement databases that only include people who have been arrested.

The worst-case scenario would be a certificate that lists an unknown manner and cause of death and the name as an “unknown baby girl” or “unknown baby boy.” 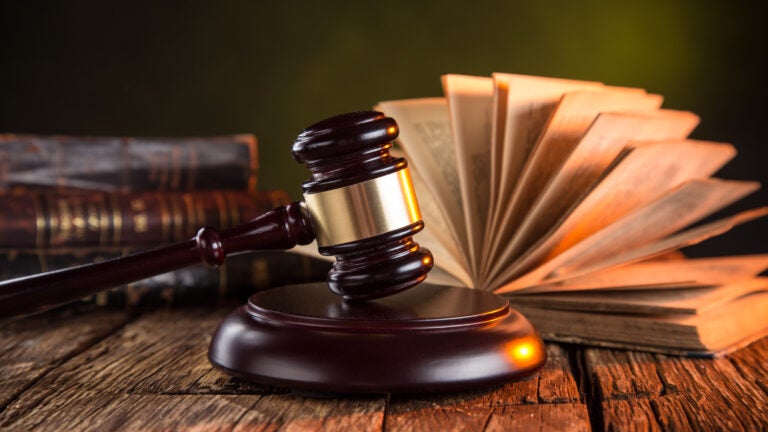