A 56-year-old Wellesley woman has been sentenced to six months in jail for running over a Needham teen with her car in February 2018, Norfolk District Attorney Michael W. Morrissey said in a statement.

Last month, Dania Antoine-Guiteau was convicted by a Norfolk Superior Court jury of motor vehicle homicide, but acquitted of manslaughter, in the Needham crash that claimed the lives of Talia Newfield, 16, and Adrienne Garrido, 17.

“The judge gave 2 1/2 with 6 months to serve and the balance suspended for two years,” the district attorney continued. “The only condition of that probation is that Dania Antoine Guiteau not drive. The conviction also comes with a mandatory license loss of 15 years to life.”

The maximum confinement penalty for the charge of motor vehicle homicide, if the driver is not under the influence of alcohol or drugs, is 2 1/2 years, Morrissey noted.

On Feb. 10, 2018, the two Needham High School students, Newfield and Garrido, were walking in a crosswalk on Webster Street when they were struck by two different drivers, according to authorities. Robert Berry of Needham, who was identified by authorities as the driver of the initial car involved, is set to stand trial on Feb. 28, 2023.

Prosecutors have alleged that Berry first struck both of the teenage girls in the crosswalk and then Antoine-Guiteau swerved around his car, running over Newfield.

Before the judge sentenced Antoine-Guiteau, the parents of Newfield made a joint impact statement, according to the district attorney.

“I thank the Needham Police Department and Massachusetts State Police for their thorough investigation, and Assistant District Attorneys Lally and Riley for their work in this trial,” Morrissey said. “But my thoughts are primarily with the Newfield family, who have shown great patience and resolve in seeing this through, and the Garrido family for their awful loss.” 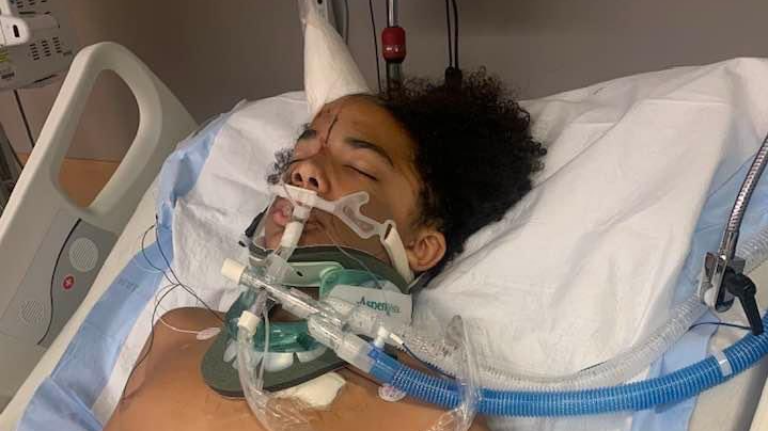