Norwood police are investigating a domestic incident involving gunfire and a car that raced away from the scene as police arrived early Sunday morning, the department said.

A Folan Avenue resident call 911 at 3:16 a.m. to request that authorities check out an apparent domestic, police said in Facebook post.

As they arrived at the scene, police said they heard a series of gunshots and saw a car speed toward them from the caller’s address.

An officer, who was in the street, “discharged their service firearm at the vehicle but the vehicle continued at a high rate of speed and fled the area,” according to police.

“It appears that no one was struck by any of the gunfire,” police said.

Two cars were towed from the scene for ballistic evidence after bullet holes were found, NBC 10 Boston reported.

“This wasn’t a random act,” Brooks said, according to NBC. “Norwood is a safe, quiet town. And so it’s unusual for here.”

No further information was immediately available. Local and state police are still “in the very early stages of an investigation,” the department said on Facebook. 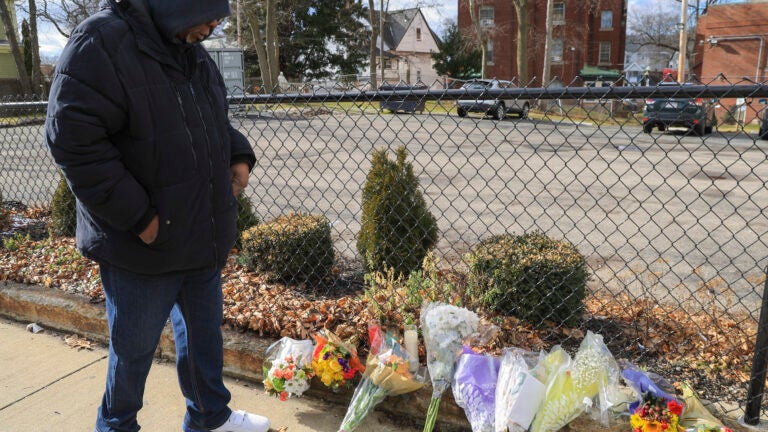