Over 1,200 people have signed an online petition demanding the ousting of a Natick Town Meeting member who organized trips to Washington D.C. and participated in the violent Capitol riot last week.

But the Natick Select Board said it can’t.

Suzanne Ianni was photographed by journalists in and outside the U.S. Capitol last Wednesday alongside Mark Sahady of Malden, the vice-president of Super Happy Fun America, the far right organization behind the so-called “Straight Pride Parade” that brought extremist conservatives to Boston in 2019. Ianni told Metrowest Daily News that she organized 11 buses for supporters of President Donald Trump to attend the rally that would lead to the attempted insurrection.

Bus 1 of 11 coming to Washington DC. See you there! pic.twitter.com/66ktWpwZKL

Beyond her actions last week, the petition also points to tweets apparently posted by Ianni in 2013, where she suggests she would have also shot Trayvon Martin, the Black 17-year-old whose killing sparked nationwide rallies and protests.

The “Justice for Trayvon Movement” – Do they really want a race war? Are they that stupid?

After getting my head repeatedly smashed into concrete, I would have shot the little SOB, too. I don’t care what color he was.

Ben Jackson, a longtime Natick resident, submitted a separate petition from 538 residents of the town on Monday.

“You can’t be both part of government and trying to overthrow the government at the same time,” he said during the meeting. “They’re mutually exclusive.”

Ianni declined to comment on the controversy via text message to the Boston Globe Wednesday night.

During an online meeting Wednesday night, the Natick Select Board condemned the Capitol riot but said that it can’t force out Town Meeting members despite demands from locals, the Boston Globe reports.

“Town Meeting members are not town employees, nor are they town officers,” Chairman Jonathan Freedman said. “Neither the Select Board, the moderator, the town clerk, nor the town administration have any authority over a Town Meeting member, nor could they take any action regarding the tenure of any Town Meeting member.” He did not identify Ianni by name.

Jackson also said he was concerned that Ianni, who traveled out of state and skipped wearing a mask during the crowded and shocking events last week, might expose residents to coronavirus. The MetroWest Medical Center reached near capacity this week, and a Natick school had to close for two weeks starting Monday over virus concerns.

Ianni’s role as a Town Meeting member is left up to Natick voters. She was elected from Precinct 3 in 2019 and her term expires March 2022, according to Town Moderator Frank Foss. 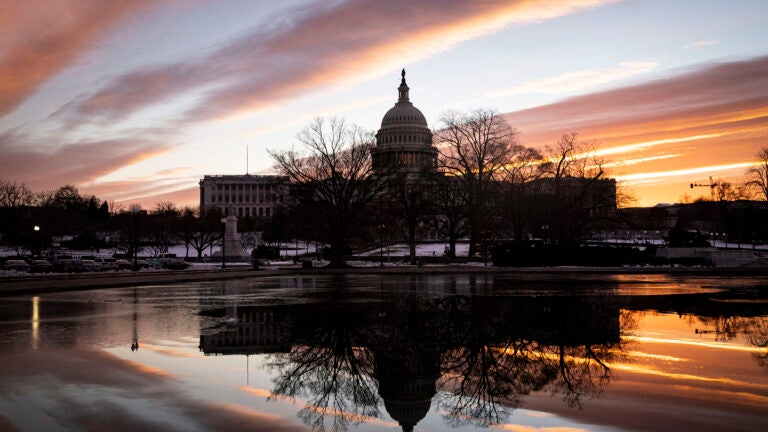