A Harvard University task force has recommended a significant increase in sexual assault prevention efforts on campus, according to a report submitted Monday to University President Drew Faust Monday.

In the report, the task force, comprised of professors, administrators and students appointed by the university president, recommends students receive annual sexual assault prevention training courses that “encompass values, alcohol use, and healthy sexuality, as well as policies.’’

“Education must be delivered not in the spirit of a bureaucratic box to be checked but as lessons that will be attended to, taken seriously, and internalized,’’ the 20-page report states.

The task force focused many of its recommendations on Harvard’s undergraduate population and the College—the only one of Harvard’s schools specifically mentioned.

With this undergraduate focus in mind, the report recommends the university increase security by limiting the number of entry points to residence buildings, and that funding for student events be contingent on the students’ completion of the training courses. To oversee the new education and prevention efforts, the task force recommended that the university hire a new administrator in the provost’s office.

The report also calls for the university to expand its support for BGLTQ students with the hopes of creating a more inclusive atmosphere. The task force also closely scrutinized the university’s Final Clubs, which are elite, and generally all male, social clubs known for their exclusive nature.

“Any effort to address sexual assault starts with reinforcing essential notions of what it means to be a member of the community, and, more importantly, this academic community,’’ the report states. “To the extent that the Final Clubs undermine the centrality of the College’s residential spaces, they make it harder for messages about community membership to take root — and for Harvard’s aspirations for its students to be fully realized.’’

Faust accepted the task force’s recommendations in an email to university affiliates Tuesday afternoon, according to The Harvard Crimson. She said many of the recommendations will go into effect by the start of the next academic year.

“I recognize, as does the task force, that the recommendations are not and cannot be the last word in Harvard’s efforts to combat sexual assault,’’ Faust wrote in the email. “Our practices and policies will need to evolve as we learn from the experience here and elsewhere. In that spirit, the position recommended by the task force will serve a vital role.’’

The university did not immediately respond to our request for comment.

The recommendations come as a response to a survey released last fall that found nearly one in three Harvard women had an unwanted sexual experience by the time they graduated. Of the 60 percent of female seniors who responded, 31 percent said they had experienced some form of “nonconsensual sexual contact,’’ and more than half said that contact was unwanted or attempted penetration — in other words, rape.

After the survey was released, Faust said she found the results “deeply disturbing.’’ The university held organized public meetings on campus to discuss the findings, and one student was inspired to publish a story about her own assault, which went viral.

Harvard is one of 106 colleges being investigated by the U.S. Department of Education’s Office for Civil Rights regarding its handling of sexual assault cases. Last December, the office said Harvard Law School failed to provide a “prompt and equitable response to complaints of sexual harassment and sexual assault,’’ and was therefore in violation with Title IX policy.

A separate investigation into the handlings of undergraduate sexual assault cases is still ongoing. Last month, a recent Harvard graduate filed a lawsuit against the university, in which she alleged school officials didn’t act on multiple reports of harassment and sexual assault, and forced her to live in the same dorm as her abuser. 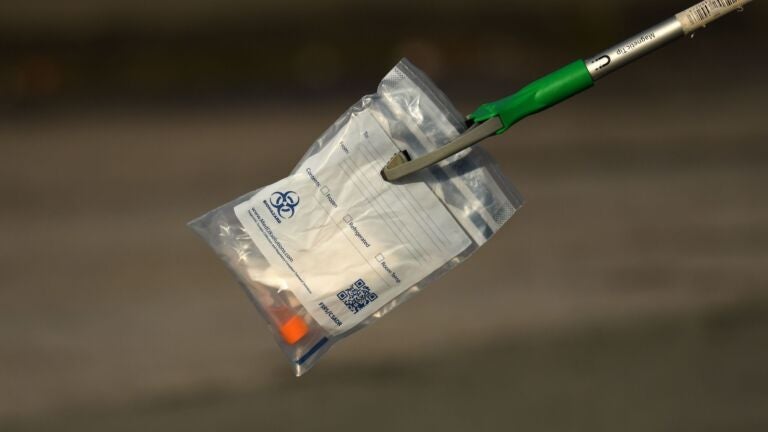