Some of the threats were received via an automated phone call, as in the past, according to Massachusetts State Police spokesman David Procopio.

Students at Brookline High School returned to class after the school was evacuated and police searched the building, according to the Brookline Police Department.

Students were also evacuated at Marlborough High School and Wakefield Memorial High School while the buildings were searched, according to officials.

“No suspicious packages were found, and within 10 minutes students returned to class,” according to a Marlborough School District statement.

In Wakefield, students returned to class and “the day is scheduled to resume as usual,” according to a Wakefield Public Schools statement.

In Cambridge, a bomb threat called into the main office of Cambridge Rindge and Latin School at 7:35 a.m. prompted police and fire officials to do a sweep of the building, according to a statement by the Cambridge Public Schools. 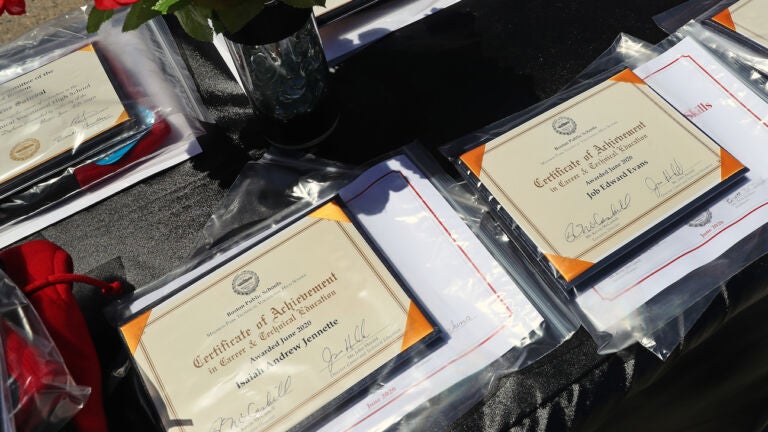