A federal appeals court has approved of a bankruptcy settlement for a Duxbury man who owes $246,000 on loans he took out to send three children to college, The Boston Globe reports.

Robert Murphy, 65, took out about a dozen Parent Plus loans totaling $220,765 plus interest to pay for his three children’s college education. At the time, he was making $165,000 a year in his job as a Canton manufacturing company. But the company moved overseas in 2002, and Murphy has been unable to find another job in the years since, the Globe reports.

Murphy filed for bankruptcy in 2012, saying he could not pay off the $246,000 still remaining on the loans. But a federal bankruptcy judge denied his application, ruling that paying off the loans did not represent an “undue hardship.” In addition, an education company hired by the Department of Education to assume Murphy’s debt had fought his efforts to get the debt forgiven, the Globe reports.

But on Tuesday, the company agreed to settle with Murphy and agreed that the debt was an undue hardship. The federal appeals court sent that settlement to a bankruptcy judge, who will decide whether to approve it.

The settlement represents a win for those fighting to pay off years-old student debt due to the “undue hardship” test, according to the Globe.

“I’m not saying that you swing the door open and let every Tom, Dick, and Harry write off their loans,” Murphy said. “[B]ut if they can’t pay them back through no fault of their own and the situation is out of their control, then they shouldn’t be penalized.” 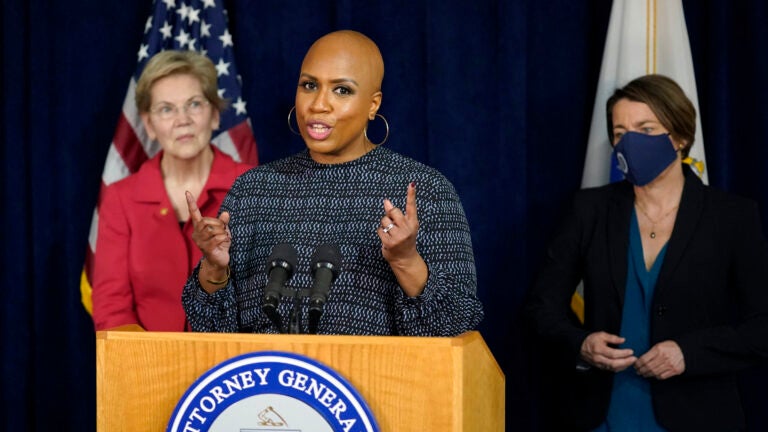 Pressley, Warren, and Healey push Biden to nix up to $50,000 in student debt