The last time thousands of Boston Public Schools students walked out of their classrooms to protest proposed budget cuts, some officials said the students left class based on “misinformation.” When student activists once again walk out of their classes Tuesday, they hope there will be no miscommunication.

“It’s always been the students who wanted to do something,” said Bruno Köppel, a senior at Excel High in South Boston. “It was amplified to everyone in the district thanks to the help from teachers and other adults who spread the word.”

Not that the students have had any trouble getting the word out on their own. The last demonstration drew more than 2,000 kids, many of whom gathered on the Boston Common and in front of Faneuil Hall to express their concerns about the school budget.

This time around, organizers created a Facebook page two weeks in advance, where they encouraged students to post photos tagged with ‪#‎WhyTheWalkout‬. 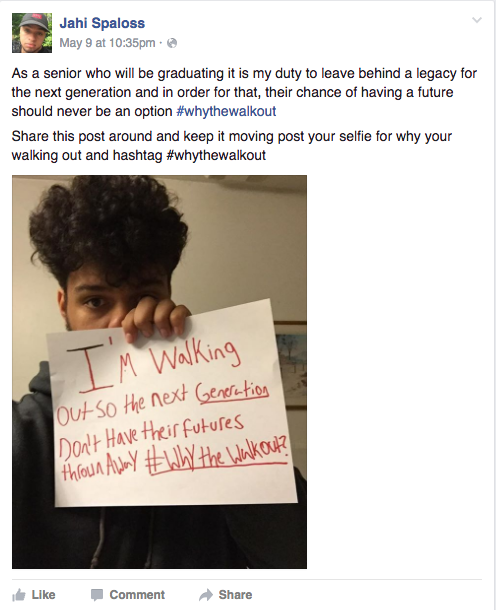 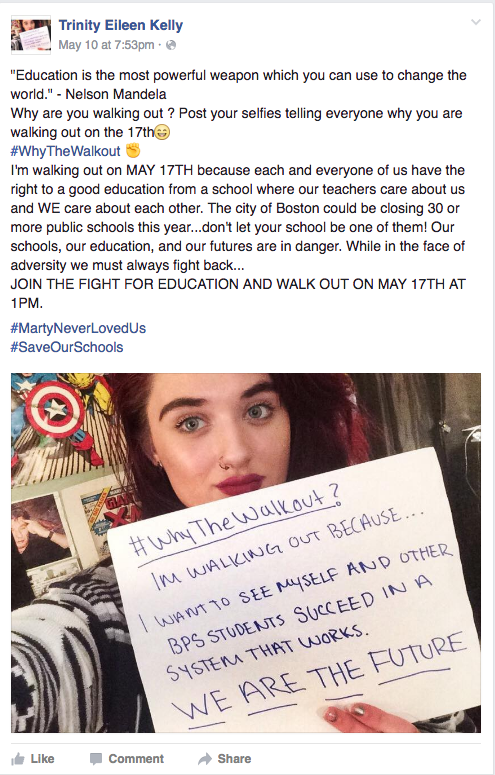 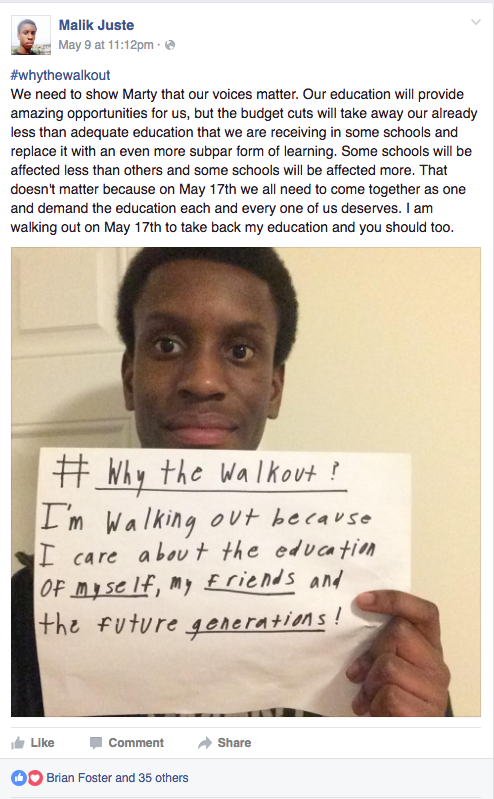 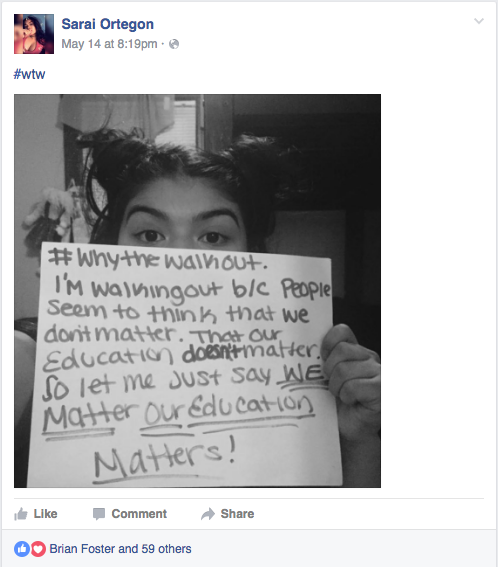 Köppel said he incorporated the Facebook posts, along with a clip of Marty Walsh from September, and electronic dance music, into a video to further promote the walkout. In a remixed clip of the Mayor’s interview, Walsh says, “I’m assuming at some point, we’re going to be merging schools and closing school buildings.” The display switches to black and white, and the words “merging schools and closing school buildings” are repeated in slow motion for emphasis.

“I proposed a design of a strong message that would actually grab people’s attention in a time when it’s really hard to do that,” Köppel said. “So far I’m really happy with all the support it has got. It really is helping the cause.”

After the remix, the dance music returns, and the rest of the video explains that students are walking out to prevent schools from closing (an idea Köppel said he got from the McKinsey report), to protest budget cuts and to keep the schools from becoming segregated. As one Facebook commenter pointed out, the desegregation goal is particularly noteworthy because the walk out is happening on the anniversary of Brown v. Board of Education, which ruled that segregation was unconstitutional.

Students who participate in the walkout will be marked absent for any missed classes, and their families will receive an automated phone message to let them know of the absences, the district said in a statement. Officials also said the date is particularly concerning because it is the first scheduled day for grade 10 MCAS testing in math, which is a graduation requirement.

After they walk out, students will gather at City Hall, where they plan to testify at a hearing on Boston Public School academics, social and emotional learning, and wellness. The hearing is one of at least six scheduled about the school budget before Boston City Council votes in June.

Officials, however, encouraged students and their families to voice their concerns at a hearing June 7.

“Boston Public Schools believes in the importance of student voice and advocacy on issues that matter most to them and the school community, and invites students and families to attend a public forum on Tuesday, June 7, at 6 p.m., in the School Committee Room of the Bruce C. Bolling Municipal Building, to discuss issues that have been raised by students,” the district said in a statement. “BPS is continuing to work with the BPS Student Advisory Council and other student leaders to build forums into the academic calendar to ensure additional engagement opportunities in school regarding the budget.”