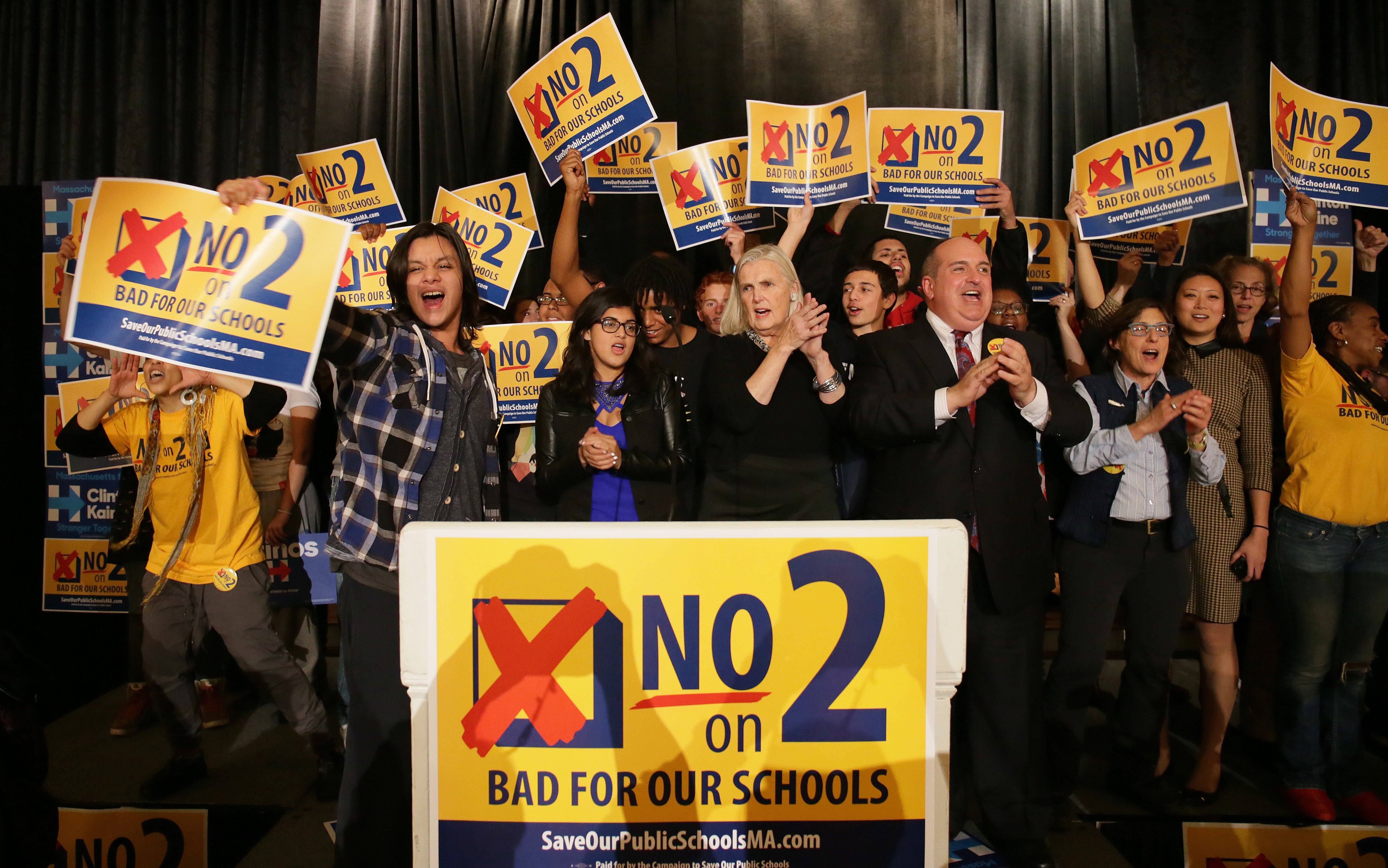 Voters have rejected a ballot measure that would have expanded the number of charter schools in Massachusetts by up to a dozen a year.

Republican Gov. Charlie Baker had campaigned for the referendum. Baker says in a statement that he’s proud of those who fought to create more charter schools in the state ‘‘to provide more education choices for students stuck in struggling districts.’’

Opponents had argued that the measure would have drained resources away from traditional public schools.