BOSTON (AP) — Defending itself in a lawsuit alleging bias against Asian-Americans, Harvard University is fighting a push to make public a trove of admissions documents including internal communications, statistics on accepted students and a “dean’s interest list.”

The fight over alleged discrimination already has led to disclosures including Harvard’s practice of scoring applicants on personal traits like “courage” and “likeability.”

As the case moves toward trial, the records tussle could pull the curtain back even further on the secretive, complex process that decides who gets a place and who doesn’t at one of the world’s most selective institutions.

The Ivy League university has told the court that releasing the files would be an unprecedented breach of its inner workings. It says the disclosure would enable future applicants to “game the system” and allow other elite schools to copy the school’s practices in competition for the best students.

Revealing the intricacies of Harvard’s selection process might not expose any major surprises for those in the admissions world, according to some in the field, but it might not necessarily look flattering to outsiders.

“What is most challenging about this is how easily misinterpreted that stuff could be without understanding the full picture,” said Beth Heaton, vice president of educational consulting for College Coach, an admissions firm based near Boston. “There is a reason why they do keep some of that stuff under wraps.”

The records tussle has taken center stage in a suit that has drawn national attention amid a renewed debate over race in admissions. On July 3, the Trump administration revoked Obama-era guidance encouraging schools to consider race as a way to gather a diverse mix of students. Months earlier, the Justice Department announced that it too has been looking into Harvard’s use of race.

Edward Blum, the founder of the group that filed the lawsuit, Students for Fair Admissions, said in a statement that Harvard has “endeavored to litigate in secret because it knows the American people will be shocked to learn how it treats Asian-American applicants.” Harvard declined to comment for this article.

At Harvard, officials see Blum’s latest lawsuit as an attack on their ability to build a diverse campus, and they promise to defend the consideration of race on behalf of other schools. Students for Fair Admissions counters that Harvard’s practices have unfairly favored white and black applicants at the expense of academically talented Asian-Americans.

Recent court filings from both sides have cast light on the school’s selection process, including the numeric scale used to judge applicants ranging from their academics to their personalities. An analysis from Blum’s group found the admissions office consistently scores Asian-Americans lower on their personal qualities, even though alumni interviewers generally give them high marks in that area.

Pedestrians walk past the Widener Library at Harvard.

The two sides are now sparring over which records should be made public. On June 22, Harvard asked a judge to redact or seal dozens of documents that Blum’s group viewed during the lawsuit and wants to release. Students for Fair Admissions says the case merits transparency because of its interest to the public and because Harvard, while a private institution, receives more than $500 million a year in federal funding.

The group argues that comparable records have not been sealed in similar cases, and legal experts say they haven’t seen other schools argue, like Harvard is, that their admissions process is akin to a trade secret. But some experts also say Blum’s group appears to be going after an unusually wide array of information.

“It does seem that the plaintiffs are looking for a pretty broad range of materials,” said Robin Lenhardt, a law professor at Fordham University who helped defend the University of Michigan in a case involving race in admissions that went to the Supreme Court in 2003. “The parties in these cases are always contesting what should be sealed, what shouldn’t be sealed, but I would expect most universities to have these kinds of concerns.”

In a June 29 filing arguing for disclosure at Harvard, Blum’s group described some of the files in dispute. The records are said to include several internal email chains including “incriminating and embarrassing” messages between two Harvard employees.

Both sides are fighting over how much can be revealed about a “dean’s interest list,” which identifies applicants brought to the attention of Harvard’s dean of admissions. Details are redacted, but outside experts with knowledge of the list say it’s used to give special preference to the children of donors.

“Different schools call it different things. One school can call it the dean’s list, another school can call it a development list,” said Rachel Rubin, founder of Spark Admissions, a consulting group based outside Boston. “It is certainly a practice that takes place at many selective institutions.”

Other disputed records include so-called “one-pagers,” which compile statistics about admitted students — including race, sex and intended area of study — and compare them to statistics from the previous year. Blum’s group accuses Harvard of using the documents to balance the racial makeup of the incoming class, a practice that has been ruled unconstitutional in previous court cases.

Harvard denies the accusation but says releasing the statistics would help applicants “reverse-engineer” their applications to gain a competitive edge.

The case, which was filed in 2014, is scheduled to go to trial in October. 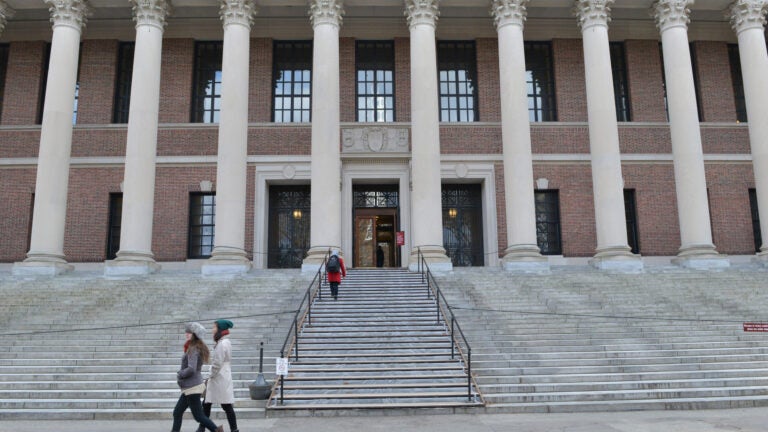