The next years could be scary for small colleges in New England — if the past few haven’t been already.

In the last several years, institutions across the college-rich region have buckled due to financial pressures. Some schools have been absorbed into larger universities, while others — from Mount Ida College to Newbury College — have abruptly announced that they will close. Hampshire College is also feeling the squeeze. In Vermont, the trend has sunk three schools in 2019 alone.

Michael Horn, an author and education consultant who focuses on the future of the industry, says they won’t be the last. Hardly.

“It’s going to get worse before it gets better,” Horn told Boston.com in a recent interview.

UMass President Marty Meehan recently spoke of the “existential threat” facing the higher education sector, especially in New England: decreasing enrollment that is set to be exacerbated within the next decade by a significant drop in the U.S. birth rate due to the 2008 economic recession.

According to Horn, the coming enrollment crisis is revealing cracks in an already-challenged business model. His colleague Clayton Christensen, a Harvard Business School professor, has somewhat famously predicted that up to 50 percent of the country’s colleges “will be bankrupt in 10 to 15 years.” Horn, who is a co-founder of the Clayton Christensen Institute for Disruptive Innovation, doesn’t know if the rate will necessarily be that high. But he does see a surge in college closures on the horizon that will change the face of higher education — and, to a certain degree, New England itself.

This interview has been edited and condensed for clarity:

Why are so many small local colleges so financially strapped?

MH: I think it’s a confluence of things going on. Fundamentally, their business models are breaking.

The costs to stay competitive and sort of keep pace with their peer institutions continue to go up year over year over year. And to be able to afford those costs, you need to be able to bring in enough revenue. And the reality of the situation is that revenue is harder and harder to come by because of a variety of things.

One of them is family incomes have not soared in recent years, so it’s been harder to get families to pay for those tuition increases.

Second, what colleges have done so that they can continue to fill the class is they’ve discounted tuition. They have pretty high sticker prices at a lot of these schools, but they’re discounting tuition, on average, 50 percent across the country now. Say your sticker price is $45,000, you’re actually only bringing in $22,500 against rising costs. And most of these schools that we’re seeing [struggle] in New England don’t have large endowments. They don’t have alumni that can give a lot of discretionary gifts. So something has got to break.

The final thing you have is that we’re just starting to enter the demographic cliff in New England, where there are far fewer high school graduates coming to fill these seats. And if you lose literally 10, 15 students at some of these small schools that are under 1,000 students, that can be crippling to your budget. Each dollar is very meaningful, and it’s not like they have a lot of costs that they can very quickly cut.

The first two factors you mentioned seem like trends that have existed for awhile now. Is the thing that changed recently the demographic cliff you mentioned? Or what’s the factor that caused the recent spate of closings?

MH: It’s a great point. One thing is you can paper over some of these deficits for several years with debt or pull money down from your endowment.

At some point, 15 years ago or whatever, they were saying tuition discounting was getting too high, and I think it was around 30 percent. Now, at 50 percent, that’s a big difference. So part of this is cumulative.

And then the other part of it is what is different now is the demographics are changing. So you have a lot of supply with not as much demand.

In some ways it’s a perfect storm. The fundamentals have been challenged for many, many years now, and then you throw a demographic cliff on top of it — and that has the makings of a crisis.

Is this something that is national or most concentrated in New England?

MH: You’ll see other spots where it hits hard, too. New England is feeling it first; there’s no doubt about it. But the Midwest, where there are population declines and demographic cliffs coming on, will see it as well. There are also small, private colleges in those areas.

You’re going to see it a lot less, frankly, in the Southwest, where the dynamics are different and where you also don’t have the same number of small, private colleges.

MH: The demographic cliff is not equally distributed across the country. The Northeast and Midwest are going to get much harder hit in the years to come.

And by the way, we haven’t even seen the biggest cliffs yet. The biggest cliff, according to projections, is after 2026. It’s going to get worse before it gets better.

I know your colleague, Clayton Christensen, has previously made some eye-catching predictions about the percentage of colleges that will close within the next decade or so. If you were to put an estimate on what the number of closings and mergers could be in the next 5, 10, 20 years, what would that be?

And that’s 25 percent of all colleges?

MH: Twenty-five percent of colleges, yeah, will close, merge, or declare some sort of — bankruptcy is hard to declare, but they’ll reinvent themselves somehow through a bankruptcy-type event.

When Clay and I have talked about it, we agree that it will be at least 25 percent. And we agree that there’s a good chance it’ll be more like 30-35 percent. I think Clay himself thinks 50 percent is sort of the upper end — and he’s been quoted a lot saying that — but I think that’s probably a little aggressive.

If you’re in Boston or the New England area, where higher education is a big part of the economy, what do you think the effect of that number of closings will be on what New England looks like?

MH: I think New England will definitely move into a place where you have fewer institutions — probably many of them public institutions serving more students. You’ll have fewer of these small private schools around.

What will be really punishing is a lot of these small private schools in New England are located in rural areas, and they’re sort of the economy of the town. There’s going to be a real human cost to those schools going out of business.

And we’re not talking, say, Dartmouth here, where people will still love to go there — even though it’s outside of an urban environment and away from jobs — given the alumni and connections and reputation of a Dartmouth. They’re going to be fine. But a lot of the small private schools that don’t have that sort of brand recognition and alums, frankly, it’s going to be crippling for the small towns that they’re located in.

I’m sure you saw that UMass President Marty Meehan recently announced plans to form an online college. Is that a potential solution?

MH: They are absolutely positioning themselves to try to take a lot of these students that won’t have small private schools to go to and then, through the online school, they’re also trying to position themselves to be able to serve a lot of adult students — for a variety of reasons.

One of them is that there’s not going to be as many traditional undergrad-aged students in the years ahead, so you’ve got to get creative.

What’s interesting is that you’ve got this other trend in the economy where the jobs are changing so fast — because of technology and the need to upskill so much more often — that there is actually really big opportunities to serve adults many times in their adult lives with increasing education just to keep up with the economy.

A lot of these small schools aren’t going to be able to do that, but UMass could be very well positioned to make that work if they can do the right things.

You said you think it’s going to get worse before it gets better. Does it get better?

MH: That’s a good question. So the big cliff occurs, like I said, in 2026 with the demographics. That is at least a five-year trough through 2031. And then I’m not sure what it really looks like.

If we have a reset in the number of schools and seats available for students, then you could imagine — if you get through this sort of right-sizing of colleges in New England — that then they could be in OK shape to serve the population in a more of steady state for many years to come. But that adjustment is going to have to occur, and I think it’s going to be a scary time for many institutions. 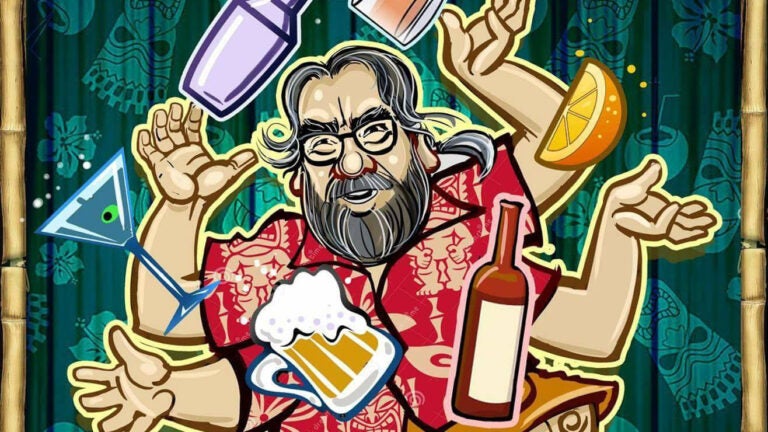