Teachers and students alike were celebrating after a Maine high school was ranked the second best public high school in the United States on Tuesday by U.S. News and World Report.

Maine School of Science and Mathematics came in at No. 2 in the publication’s assessment of more than 23,000 schools nationally, only behind Academic Magnet School in North Charleston, South Carolina. The residential magnet school in Limestone, a small town in northern Maine hugging the Canadian border, was also named the No. 1 public high school in the state.

According to the Portland Press Herald, the updated methodology used by U.S. News for the 2019 rankings allowed the inclusion of the Limestone magnet school, which had been excluded from the process in 2018 and in 2016. In 2017, it placed 19th in the national rankings.

“To wake up to No. 2 in the nation exceeded any and all of our expectations,” Alan Whittemore, the school’s dean of enrollment, told the newspaper. “We feel for our faculty, our students, our staff, that it is vindication for all of the hard work that happens as a daily routine up here.”

MSSM, which has 145 students enrolled with a student-to-teacher ratio of eight-to-one, was chartered and funded by the state in 1994 after the nearby Loring Air Force Base closed.

“Our students hail from across the state of Maine and around the world,” the school states on its website. “They come for inquiry, camaraderie, and a unique high school experience. Here students, staff, and faculty engage in energetic intellectual sparring served up with encouragement and support.”

There is no tuition for Maine residents at the school, and need-based financial aid is offered to state families to cover the costs of room and board, which for the 2018-2019 school year were set at  $9,300.

The school, which students apply to, posted a celebratory video on its social media pages, sharing news of its achievement in the rankings.

Posted by Maine School of Science and Mathematics on Monday, April 29, 2019

Whittemore told The Boston Globe when he first checked the U.S. News website when the new placements were released, he couldn’t believe it, saying he thought, “This is some sort of joke. A hoax.”

Jay Philbrick, a junior at the school, told the Press Herald that the news of the school’s recognition in the rankings is “vindicating.”

“That is the biggest dose of self-assurance that we’ve gotten,” the 16-year-old from North Yarmouth said. “And I think it speaks to the rigor of this place. I think its very significant in providing a sense that we’re here for a reason and we’re truly seeing that it’s successful for the state of Maine.”

Whittemore told the Globe the school still has room for improvement. 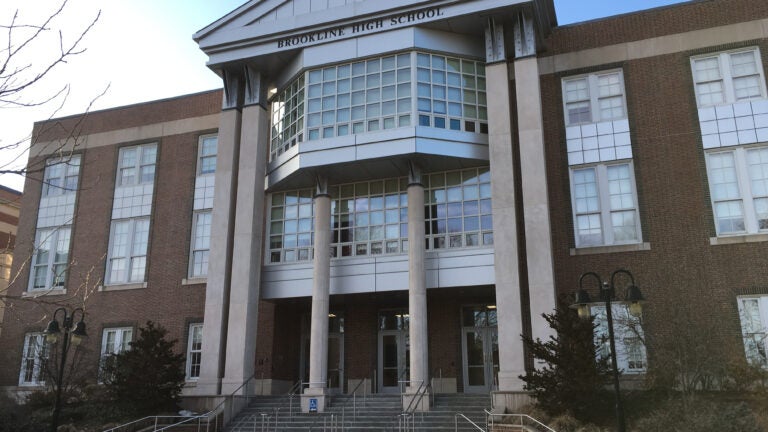