LONDON — He doesn’t play chess or any musical instruments. But he loves “Fortnite” and “Minecraft” and watches Netflix.

Soon, Laurent Simons, 9, of Belgium will become one of the youngest people in the world to graduate from a university. For this, his teachers and others have called him a genius.

He simply says, “I’m quite lazy.” That’s because he’s not into sports.

“A lot of people have stereotypes about young geniuses,” his father, Alexander, a dentist, said in a phone interview.

That’s because the world has long been fascinated by prodigies celebrated for their ability to master an instrument, graduate at a young age or achieve outstanding sports performances. Mozart composed music at age 5. Picasso was 9 years old when he made his first painting.

But in an era when social media carries a certain cachet and influencers make gobs of money posing with products, Laurent is not your typical child prodigy. He’s into Instagram, for one. And as of Friday, he had more than 13,000 followers.

Laurent, who was born in Ostende, Belgium, studies electrical engineering at the Eindhoven University of Technology in the Netherlands. He entered when he was 8 and is set to complete a three-year program in 10 months.

If all goes well and he completes his final project — about a brain-connected electrical chip — he will walk out a graduate in December.

“Then, I want to study medicine, and do a Ph.D. and make artificial organs,” he said.

Laurent grew up in Belgium with his grandparents while his parents worked in the Netherlands. He started primary school when he was 4 and went to high school at 6, according to his father. He now lives with his parents in Amsterdam.

“His grandparents always taught us he’s very special,” Alexander Simons said about his son. “We thought they were taking him too seriously.”

Now, he and his wife do, too. And Laurent’s teachers at the university say they were blown away.

“Laurent’s absorption capacity is very high, which means that everything goes much faster, and we can cover a lot more material in a short span of time,” said Peter Baltus, a professor of integrated electronics at the university who is the boy’s mentor. “It’s been quite special and enjoyable.”

A spokeswoman at the university confirmed that the Laurent was on track to graduate before the end of the year.

Outside of school, Simons argued, Laurent was like any child of his age: playing video games on his smartphone and sometimes taking a swim. On the other hand, he watches TV series like “The Blacklist,” and his IQ is 145, his father said.

It’s fair to say that his parents have helped turned their son into a mini-celebrity, making him available for scores of interviews and organizing news conferences.

In the age of instant fame, young bright minds on social media platforms do not go unnoticed for too long. On Laurent’s Instagram account, a photo shows him sitting in front of a television crew. The caption, “Busy Week With Interviews!!” The hashtags #laurentsimons and #giganticplans followed.

Other photos show him by a pool next to women wearing bikinis, with the former Prime Minister Herman Van Rompuy of Belgium and flanked by his grandparents. Asked about the adult themes displayed on the account created under his son’s name, Simons said the parents managed the account.

The posts echo those of other accounts of young celebrities whose parents direct their presence — and fame — online. (A video posted this week by the parents of a 9-year-old British drummer playing Nirvana has been viewed more than 7 million times.)

Far from electronic chips or scientific labs, Laurent’s posts also show him bobbing in swimming pools or with friends.

“We’d like to study half time in Europe and half time in the United States,” Simons said. “So Laurent is not too far from us.”

During the interview, Laurent was a typical 9-year-old, giving short or monosyllabic answers. But he did explain why he wanted to create artificial hearts in the future — in his teenage years.

The grandparents he grew up with have heart conditions. “I’d like to help people like them,” he said. 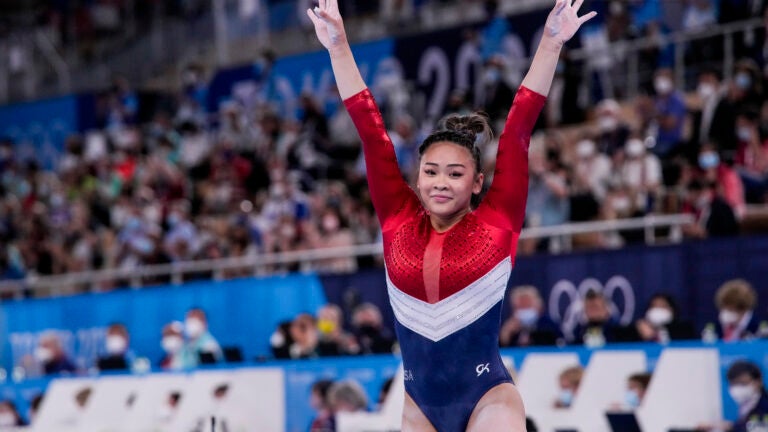