As Massachusetts continues to see a drop in positive tests and hospitalizations for COVID-19, Gov. Charlie Baker’s administration announced the goal Thursday of reopening schools physically this fall.

But one of the challenges in devising the plans is that while the case count of the virus continues to decline, the school year is still a couple of months away, Baker said during a press conference, noting that “it’s difficult to forecast where exactly we’ll be when we get to September.”

“This guidance assumes the health data continues to stabilize, and the requirements are still subject to revision,” he said.

On Wednesday, there were over 7,300 COVID-19 tests reported throughout the state, and 172 of those came back positive, according to the governor. The seven-day average rate of positive tests is at 1.9 percent, a 94 percent drop since the middle of April. Also as of Wednesday, there were 939 people in the hospital with the virus — and 181 in an intensive care unit — about a 75 percent decrease in hospitalizations since mid-April.

“Continued isolation poses very real risks to our kids’ mental and physical health, and to their educational development,” he said. “This plan will allow schools to responsibly do what is best for students, which is to bring them back to school to learn and grow.”

State officials also consulted with health care experts, and the Massachusetts Chapter of the American Pediatrics Association has endorsed the plan, Baker said.

The guidelines note that while the focus is on having as many kids as possible in school buildings this fall, each district must also have plans for a “hybrid” model — groups of students alternating between in-person school and remote learning — as well as plans for all-virtual learning in case circumstances change.

All students in grades 2 and up are required to wear a mask under the guidelines, and all adults must wear one. Students are planned to be separated into groups that aren’t to mix throughout the day, and desks are to be all facing one way, with an optimal distance of 6 feet apart, but no less than three feet.

What isn’t recommended is temperature checks for students. When asked about it, Baker said officials almost included them. However, he said that there could be false negatives or false positives when screening children. Kids who contract COVID-19 may not show symptoms, while other kids who don’t have it could have a temperature after playing outside.

Regardless, the return to school will be different, though Lt. Gov. Karyn Polito said that it “has always felt like a new beginning.”

“Schools will look different in every community as they adapt to this new way of educating to best fit their specific needs and circumstances,” Polito said during the press conference.

To help districts implement the plans, the state is providing grants totaling $202 million spread throughout the state, plus $25 million in technology grants for remote instruction, according to the guidelines.

More guidance is planned to be issued in July, Jeffrey Riley, the state’s commissioner of elementary and secondary education, said during the press conference. He said that hand washing, physical distancing, and wearing face coverings will “make the difference.”

When considering the risks of COVID-19 to children, the guidelines note that children under 19 are much less likely to be diagnosed with the virus, but are “more likely” to be asymptomatic.  Schools aren’t thought of as being places where much spreading of the virus happened, the guidelines show, citing data.

Dr. Sandra Nelson, an infectious disease expert with Massachusetts General Hospital, said during the press conference that health experts have “learned an unprecedented amount” about COVID-19 “in a short time,” though scientific knowledge of the virus isn’t complete yet.

“We believe that the medical literature does provide the tenets for a safe return to school,” she said.

When considering the concern of if kids could spread the virus to adults if they get it, she said they are less likely to transmit it.

In response to the guidance, the Massachusetts Teachers Association said the document “raises as many questions as it answers.” Recently, the MTA has shown concern over the number of layoffs – over 2,030 teachers or support staff across 47 districts, according to a news release.

In a statement Thursday, the union called for funding to restore these positions, plus the full funding of the Student Opportunity Act, a new formula for schools that would funnel an additional $1.5 billion into school districts over a seven-year period, and help to combat inequity in the system. The union also wants more money for required personal protective equipment.

The union notes that “a significant number of students are likely to continue to learn remotely even if others are back in school.”

“While in-person teaching is ideal, it remains inevitable that nowhere close to 100 percent of students and educators will be able to be back in our schools this fall — especially considering that COVID-19 is still in its first wave and could spike again in Massachusetts at any moment,” the statement says.

What the union referred to as “a glaring omission” was recommendations on “how educators must transform teaching and learning to be rooted in trauma-informed and antiracist theory and practice.”

“To do this successfully, they will need high-quality professional development in these fields and time to collaborate with one another and with families,” the statement says. 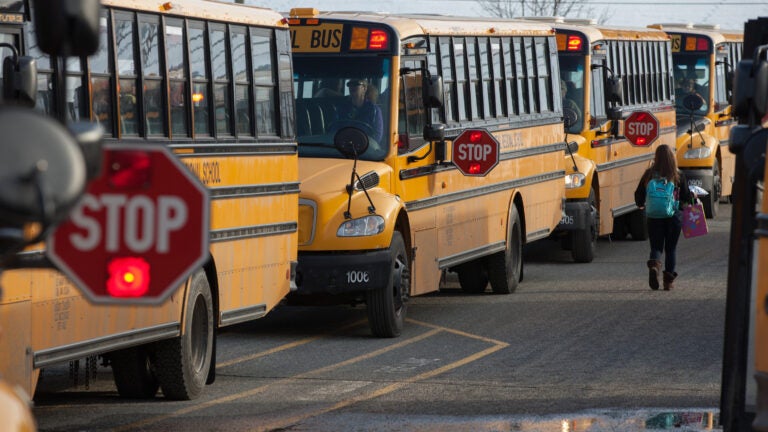