Boston Public Schools officials gave students, parents, and teachers a taste of what school could look like this September, offering a hybrid model where students would alternate which days they spend back in the physical classroom.

The first look at the plan comes as educators across Massachusetts ready preliminary approaches to bringing students back to brick-and-mortar schools amid the coronavirus pandemic.

Classes are slated to resume again in Boston on Sept. 10.

State regulators at the Department of Elementary and Secondary Education have asked districts to hold off on announcing any final plans until next month.

Boston plans to have students in classrooms for at least two days a week are similar to considerations in other urban school districts in the Bay State.

Worcester and Somerville both announced this week their intent to have students return through a blend of in-person and online learning models.

“It’s not really possible for us at the Boston Public Schools to have school reopen with all of our students in our school buildings on day one,” Tammy Pust, a senior BPS adviser, said during a presentation of the plan, according to the Boston Herald.

“We can only put 50 percent of the number of students on our buses than we did in the past, which means we can’t get our students to the school building in time to start on day one,” she added.

Here’s what to know so far about going back to school in Boston:

The hybrid plan would separate students into two groups: one cohort would attend class in-person on Mondays and Tuesdays, and the other would on Thursdays and Fridays, The Boston Globe reports.

No students would be in the physical classroom on Wednesdays, and all would take part in remote learning on the days they are not inside the school. Teachers would have to teach students in class who are there in person as well as those on the computer, according to the Globe.

According to the presentation at Wednesday’s School Committee meeting, the plan calls for having students sit in alternating seats so the desks closest to an attending student on a given day would belong to students who are learning remotely.

Special education students may be able to attend school four or five days a week since class sizes are typically smaller, according to the Globe. At the city’s high schools, officials may look to rotate students on a weekly basis instead.

Parents of multiple students would also be able to decide to send their children to school on the same days, the newspaper reports.

“Parents shouldn’t have to choose between their kids and having a job,” Pust said.

The Herald reports the draft plan would let students see their teachers face to face while still meeting health guidelines.

Under DESE guidance, students in Grades 2 and up would be required to wear masks all the time — with certain exceptions — and seats on school buses would be limited to one person in each row, except for students who live in the same household.

Boston’s initial plan would allow for six feet of physical distancing between people in the classroom. The protocols also allow the district to “turn on a dime” should the system have to revert to fully online learning if public health trends change, the Globe reports.

Parents can opt to have their children continue learning from home

The results of a survey sent by BPS to families found that 40 percent of parents and students backed the idea of a hybrid model, although 28 percent prefered to have all in-person instruction and 23 percent wanted to have all remote learning, the Herald reports.

According to the presentation, the district would have what it calls “guardrails”: the ability for parents to choose if they want their children to continue learning remotely, and if they want their kids to opt out of taking the bus.

Pust said all students, regardless of how they are attending class, would receive the same curriculum and lessons, the Herald reports.

The teachers union was not part of crafting the plans

The Boston Teachers Union has criticized the plan, advocating for the need to take a slower approach in going back to school, according to the Globe.

“We had no input into the first draft of this plan,” union president Jessica Tang wrote to members. “Unsurprisingly, it is totally out of touch with reality and what will be needed to safely, thoughtfully, and equitably reopen schools under a realistic timeline.”

According to the newspaper, the union, along with the Massachusetts Teachers Association and the American Federation of Teachers Massachusetts, wants officials to make more time for planning, professional development, and learning health protocols.

“The typical district professional development allotment at the start of the school year is wholly inadequate in the context of our current crisis,” the proposal from the three organizations says.

Educators should also have time to meet with students and parents to help prepare them for the new rules and to check in on which students need computers before the return, the union says, according to the Globe.

Administrators should decide which teachers return to in-person teaching and which ones continue to hold classes remotely, instead of mandating that they teach to both the students who are in the classroom and those participating via a computer, the union says.

Educators also called for the need for schools to upgrade and repair windows and heating and cooling systems, as well as for developing procedures for daily cleaning and maintenance.

According to district officials, school staff is slated to audit every classroom to “ensure there’s airflow” and that every window can open, the Globe reports. Many of the city’s 135 school buildings were built over 100 years ago.

“I’m deeply concerned that we are working from a draft removed from the experience of people who work in school buildings,” said Charlestown High School teacher Matthew Ruggiero.

Ruggiero said he does not have a window in his classroom.

Pust said the district will have the buildings ready to go in time for the start of the school year.

Superintendent Brenda Cassellius will make the final decisions for the district’s approach.

“This is not a final plan,” Pust told the School Committee. “We don’t know what the virus is going to do.” 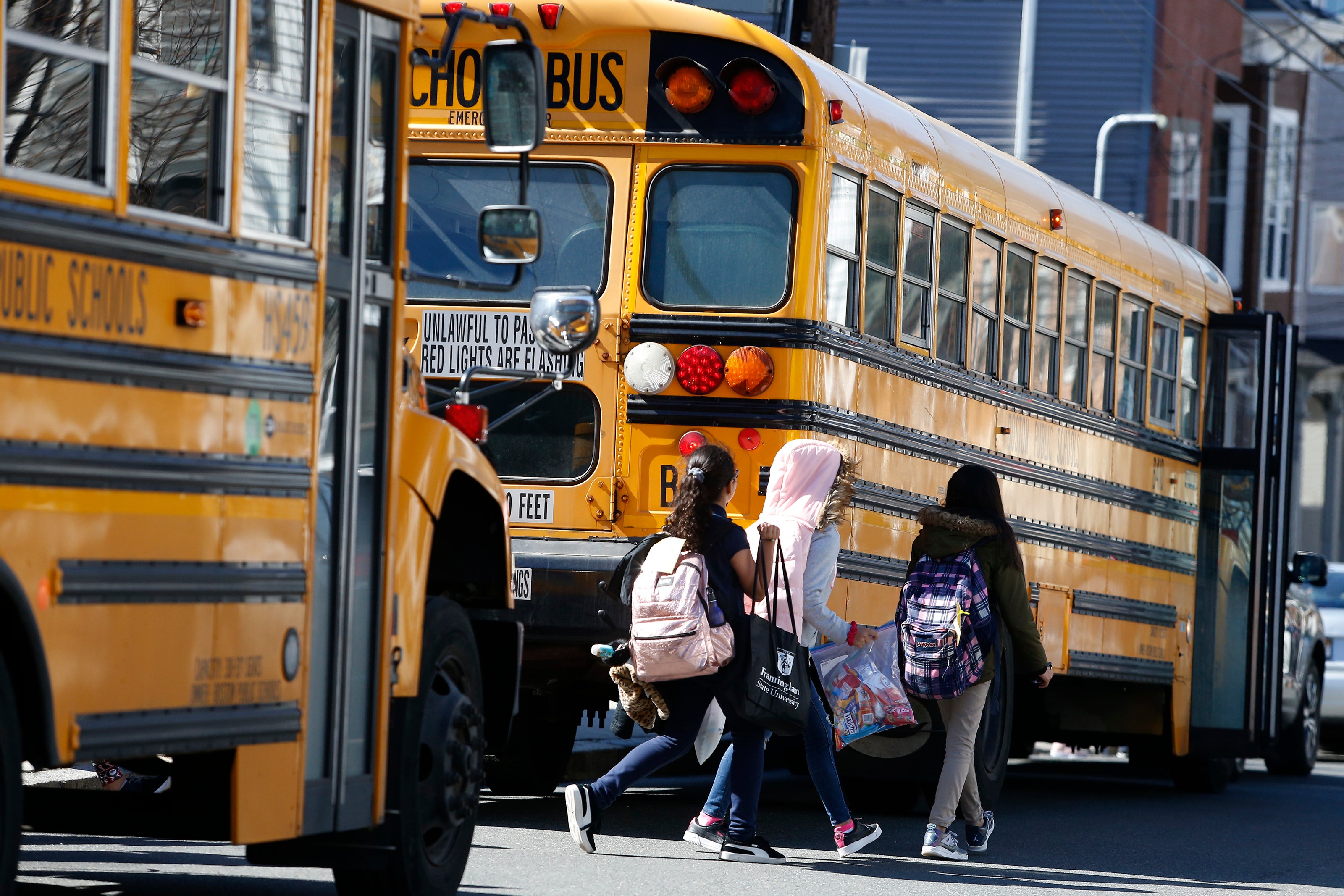