Rory Levin, a sixth grader in Bloomington, Minnesota, used to hate going to school. He has a health condition that often makes him feel apprehensive around other students. Taking special-education classes did little to ease his anxiety.

So when his district created a stand-alone digital-only program, Bloomington Online School, last year for the pandemic, Rory opted to try it. Now the 11-year-old is enjoying school for the first time, said his mother, Lisa Levin. He loves the live video classes and has made friends with other online students, she said.

In December, Bloomington Public Schools decided to keep running the online school even after the pandemic subsides. Lisa Levin plans to re-enroll Rory for this fall.

“It is such a good fit for him,” she said. “We’re really hoping they can continue it for the rest of his school career.”

A year after the coronavirus set off a seismic disruption in public education, some of the remote programs that districts intended to be temporary are poised to outlast the pandemic. Even as students flock back to classrooms, a subset of families who have come to prefer online learning are pushing to keep it going — and school systems are rushing to accommodate them.

The districts are racing to set up full-fledged online schools even as concerns mount that remote learning has taken a substantial toll on many children’s academic progress and emotional health. Parents and lawmakers, alarmed by the situation, have urged schools to reopen. Last month, Gov. Phil Murphy, a Democrat, went so far as to say there should be no remote learning option for children in New Jersey this fall.

Even so, at least several hundred of the nation’s 13,000 school districts have established virtual schools this academic year, with an eye to operating them for years to come, education researchers said. Unlike many makeshift pandemic school programs, these stand-alone virtual schools have their own teachers, who work only with remote students and use curricula designed for online learning.

Demand for virtual schools has soared. Fulton County Schools in Atlanta, one of the nation’s largest school systems, plans to enroll about 1,000 students in its new online school this fall. The Anchorage School District expects about 2,000 children to attend its year-old online school beginning in August. And in Minnesota, the number of state-approved online schools is on track to double this year to 80 or more, from 37 before the pandemic.

In a study by the RAND Corp., “Remote Learning Is Here to Stay,” 58 out of 288 district administrators — roughly 20% — said their school system had already started an online school, was planning to start one or was considering doing so as a postpandemic offering.

“This is hardly a panacea or a silver bullet for public schooling,” said Heather Schwartz, a senior policy researcher at RAND who directed the study. But, she added, “there is a minority of parents, a minority of students and even a minority of teachers for whom virtual schooling is the preferred mode.”

Yet a surge of online schools comes with risks. It could normalize remote learning approaches that have had poor results for many students, education researchers said. It could also further divide a fragile national education system, especially when many Asian, Black and Latino families have been wary of sending their children back to school this year.

“My fear is that it will lead to further fracturing and fragmentation,” said Jack Schneider, an assistant professor of education at the University of Massachusetts, Lowell.

Districts said they were simply responding to demand from parents and children who want to stick with remote learning — some because of student health issues, some because of concerns about bullying or discrimination in their school, and some who just prefer the convenience of learning at home.

Districts that fail to start online schools could lose students — along with government education funding — to virtual academies run by neighboring districts, companies or nonprofits, administrators said. To pay for the new online offerings, some districts said, they are using federal coronavirus relief funds or shifting resources from other programs.

Online schools began opening in the 1990s, some run by states or districts and others by private companies or nonprofit charter management organizations. But until recently, they played a niche role in many states.

Over the past decade, government regulators have accused some of the largest for-profit online school providers of fraud, cited them for poor academic outcomes and closed low-performing schools. Multiple studies have reported that children in full-time online schools, particularly cyber charter schools, have poorer educational results than peers in traditional public schools.

Many virtual schools require children to work through online courses independently, supplemented by occasional virtual interactions with teachers. That self-directed approach has attracted self-motivated students and those with parents available to act as learning coaches. But it has not worked well for those who need more live, face-to-face teacher guidance.

“If our traditional public schools start teaching this way, it’s going to be disastrous,” said Gary Miron, a professor of education evaluation and research at Western Michigan University who has studied virtual schools.

Then last spring, as the coronavirus spread, districts began seeking ready-made digital curricula. Many turned to established providers like Florida Virtual School, a 24-year-old online-only public school that offers free instruction to in-state students and franchises its courseware to hundreds of other districts.

Rodrigues said Miles had grown bored and felt ignored during his local school’s live video classes. She thought he might be happier taking courses through the virtual school, where he could direct his own learning and she could check on his progress.

“He had a beautiful experience,” said Rodrigues, who is president of the National Parents Union, a network of advocacy groups representing low-income parents and parents of color. “One day he was down the rabbit hole in social studies, and he could spend all day doing those lessons — then the next day he could take on math.”

Other districts, such as Bloomington Public Schools, decided to create online schools in-house.

“Our tagline is: ‘Bloomington Online School courses are taught by Bloomington teachers with Bloomington-created curriculum,’ ” said John Weisser, the district’s executive director for technology. “It adds a layer of integrity, where often online courses are considered lesser.”

Some districts are also providing social opportunities for children in online schools. Students in the Anchorage School District’s virtual program may participate in athletics, clubs and other in-person activities through their neighborhood schools.

Districts establishing online schools face a learning curve. Last summer, Huntsville City Schools in Alabama began marketing its new Huntsville Virtual Academy as an option for children to learn from anywhere at their own pace. But a few months into the school year, parents asked for more support and structure for children in the program, so this semester the school introduced a teacher-directed model requiring students to log in for group video classes and turn on their cameras. Nearly 6,900 of the district’s students — about 30% — are enrolled.

Siloam Springs Virtual Academy, which was set up last fall by the Siloam Springs School District in northwest Arkansas, has also tightened its policies. Instead of accepting all interested students, it is asking them to submit applications for this fall and meet certain criteria, administrators said at a school board meeting. That includes having a good attendance record and strong parental support.

The momentum for online schools is particularly evident in Minnesota. The state’s Department of Education said it was processing about 50 applications for new virtual schools, compared with two or three a year before the coronavirus.

“It was a small club before of people who really understood and were practicing online learning,” said Jeff Plaman, the digital learning specialist who manages applications for new online schools at the Minnesota Department of Education. “Now it’s the entire workforce.”

Last summer, administrators at Osseo Area Schools, near Minneapolis, created a distance-learning program for the pandemic school year. About 5,000 kindergartners through 12th graders, or nearly 25% of the district’s students, enrolled.

Now Osseo is setting up a full-fledged online school with its own teaching staff, said Anthony Padrnos, the district’s executive director of technology. Unlike some virtual schools that pack 80 or more students into live group video lessons, he said, Osseo caps its online classes at 30 to 35 students. So far, 1,000 have signed up for the fall.

Whether virtual schools can maintain high enrollments after the pandemic remains to be seen. Even self-driven students who enjoy online school said they missed their friends, not to mention in-person activities like gymnastics.

“I do like online school,” said Abigail Reams, 11, a fifth grader at Bloomington Online School who anchored the school’s video news broadcast this year. “But I also like in-person school. I’m really hoping that next year we can go back.” 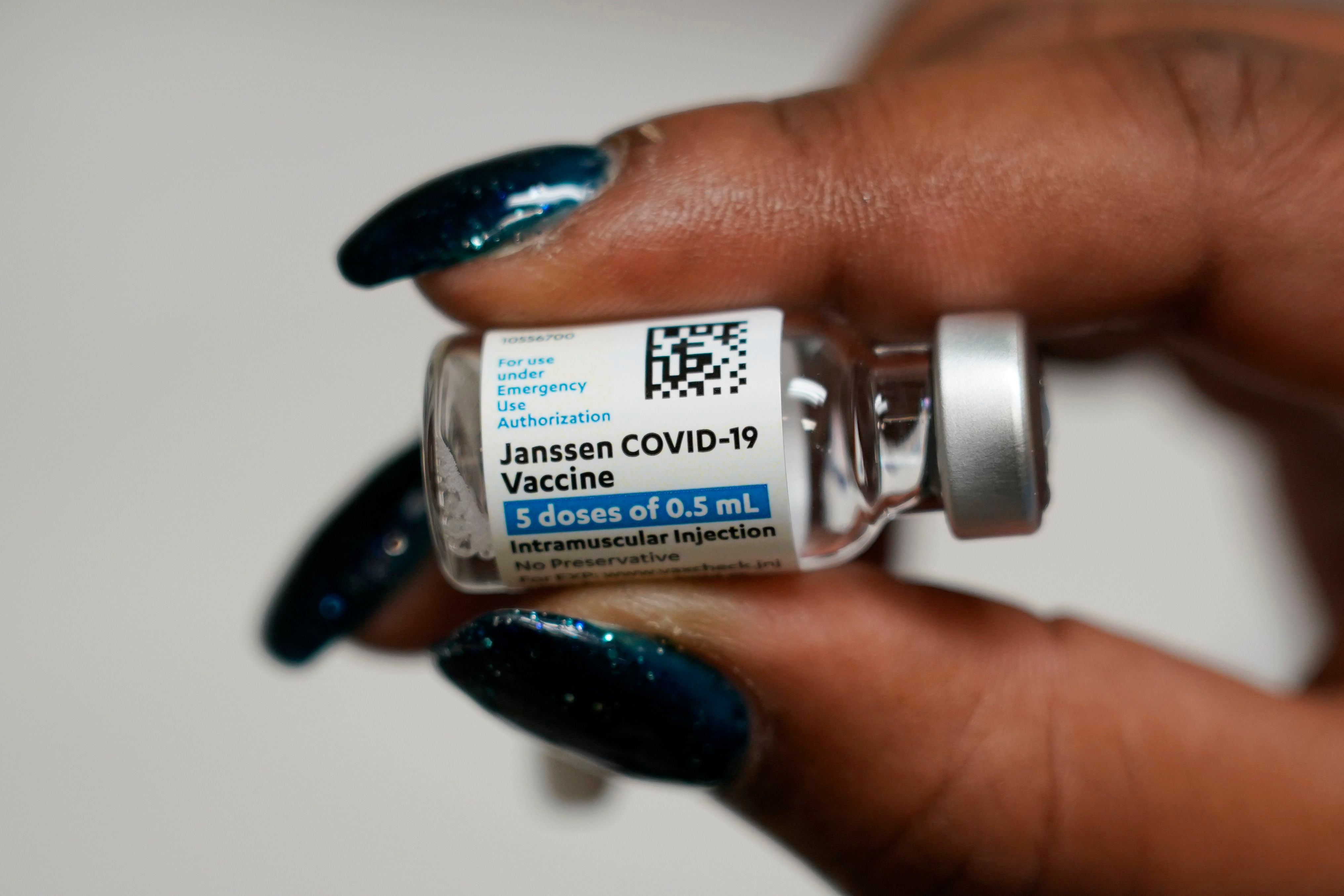