In May, the School Committee voted nearly unanimously to pause two programs that place police in schools: the high school resource officer and the STEPS program, which connects students with an officer mentor beginning in sixth grade. The programs will remain “in abeyance” until the School Committee approves “a policy about the role and function of police” in Somerville schools.

The moratorium was proposed by School Committee member Dr. Sarah Phillips, who recommended the district pause consideration of these programs until it receives the results of a student survey and recommendations from a new equity task force. School Committee Member Carrie Normand called that information a “key element” before any debate could proceed.

“When we as a School Committee invite police to conduct programming in our schools, I think we all want to be really intentional and thoughtful because we all understand the potential for real harm,” said Phillips. “We know research shows that mere presence of a police officer in a school increases the likelihood that a student will be referred to law enforcement for adolescent behavior. Increased police presence in schools also exacerbates students’ feelings of lack of safety and distress, especially among Black and Latino students; this is true even for students who do not interact directly with police on their campus.”

At a May 20 meeting, Superintendent Mary Skipper noted that the STEPS program has not been active for a couple years and was defunded during the FY21 budget process last year. Though the high school had a resource officer when schools closed in March 2020 — in line with state law — the district has not placed a new officer since the law changed in 2021.

Advocates call it a win

Advocates for Flavia Peréa, whose story about Somerville schools calling the police on her 6-year-old son has been covered by the Boston Globe, celebrated this as a big win. Though these programs do not extend to her son’s elementary school, the group Justice for Flavia shared its excitement that Somerville is taking steps towards removing all police from schools.

“This is an important first step in getting cops out of the Somerville Schools! It proves the power of organizing and community power for dismantling the carceral state,” Peréa wrote in a press release. “However, what we learned in Somerville is that the policing of our children in school goes far beyond the school/police MOU and the SRO program, which are on the books. What is more dangerous is how our children are being policed and surveilled in shadowy ways that are not codified in policy. The next step must focus on barring law enforcement from school and limiting police involvement in the school to credible public safety threats. This is how schools can truly be spaces of learning and inspiration, where all children feel safe and nurtured.”

School Committee Chair Andre Green told Boston.com that the district wanted to examine the police-schools relationship for a while, but COVID got in the way.

“We really started addressing the role of police in our schools a year ago, right before COVID struck,” he said. “Like the rest of the world, we started seeing these incidents across the country, and we wanted to make sure we were reviewing our school to prison pipeline policies like all districts should. We planned to start doing that last fall, and then fall was not what we expected.”

Green also noted that the School Committee voted to approve $25,000 last year to support community outreach on policing and equity in Somerville schools. Surveys are being finalized for students and parents, and he’s hoping for some results by the end of the school year.

Asked whether the School Committee’s decision to suspend these programs is related to Perea’s case, Green said he could not “address any allegations about any potential incidents involving any individual students.” 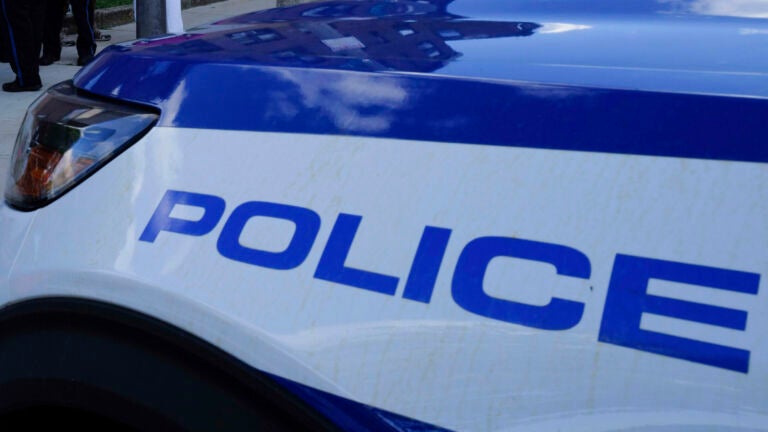