Frustration and outrage has abounded both in support of and against two Boston School Committee members who resigned in recent days following the release of a racially charged text exchange the two had during an October board meeting.

Lorna Rivera and former Chairwoman Alexandra Oliver-Dávila exchanged messages amid public testimony over a controversial proposal to drop the admissions test for entrance to the city’s exam schools for one year due to the coronavirus pandemic.

“Sick of Westie whites,” Rivera texted, referring to the neighborhood of West Roxbury, according to a transcript obtained by The Boston Globe.

“Wait until the white racists start yelling at us,” Rivera, who is Latina and a professor of women’s studies at the University of Massachusetts Boston, texted in another moment.

Both apologized when questioned about the incident by a Globe columnist.

In their letters of resignation and in a statement written by Oliver-Dávila, however, both provided some context for what they said, though they acknowledged it does not excuse their remarks.

Oliver-Dávila explained how she was bullied while attending school in West Roxbury for being Latina. Hearing comments during the October meeting brought back memories from childhood, she wrote.

“It was painful,” she wrote. “And in the heat of the moment it caused me to vent by sending inappropriate personal text messages to one of my colleagues. I regrettably allowed myself to do what others have done to me.”

Oliver-Dávila also wrote of “constant racial undertones and personal attacks” at committee meetings and in emails that have been “overwhelmingly stressful.”

Similarly, Rivera said she resigned because she needed to recuperate after receiving “racist, threatening emails and social media personal attacks” from people who do not agree with the committee’s recent policy changes on advancing racial equity.

“Nationally and locally, there are white supremacist groups that are coordinating efforts to ban the teaching of ethnic studies, diversity and inclusion activities, and other racial equity work in our public schools and universities,” she wrote. “I am being targeted as a Latina gender studies professor who teaches about racism, patriarchy, and oppression.”

In the days since, both have received condemnation for their remarks from mayoral candidates and West Roxbury residents. But they have also garnered support from some who say a more pressing issue at hand is being ignored.

Three mayoral candidates stood before an upset crowd of West Roxbury residents at a forum Wednesday night — and they said the sentiments of the text messages in question have no place on the School Committee and in Boston, itself, The Boston Herald reports.

“There is no place when it comes to the education of our children, from each one of our neighborhoods, that any member of an appointed board should be disparaging any member of our community,” said Annissa Essaibi-George, also a city councilor and former Boston high school teacher.

Meanwhile fellow candidate and state Rep. Jon Santiago said there is “zero tolerance for that language.”

West Roxbury residents made clear that they found the comments hurtful.

Lifelong resident Fred Gillis, a parent of two Boston Public Schools graduates, described the texts as “harsh,” according to the Herald.

“To sit on a board like that and not put your biases aside … leaves a huge void for a person from West Roxbury who thinks nobody is looking out for me,” Gillis said.

“It’s not right to categorize people by where they live and stereotype people at the same time,” Jim Hennigan, president of the West Roxbury Business & Professional Association said. “It’s unfair to the community.”

“If we are going to address racism in the city of Boston, we have to do it as a unified community,” Barros said.

One attendee said he would have liked to have heard Barros say he was outraged by the remarks, according to the newspaper.

“I was outraged and that’s why I called Alex,” Barros said, referring to Oliver-Dávila. “I know Alex. I called her.”

Rivera and Oliver-Dávila gain support: ‘This racial divide is as old as this city and it’s not getting better if we keep getting upset when POC speak the truth.’

Others say Rivera and Oliver-Dávila’s resignation had little to do with the texts and more on the pressing threats both faced while on the committee.

“They didn’t resign over texts,” Sarah Faude wrote in a Twitter thread. “They resigned because the wages of whiteness were threatening their lives while they were on (School Committee) and this further escalated when the texts were released.”

Several tweeted support for Rivera with the hashtag, “#IstandwithLorna.”

“How is it that a Latina who dedicated her professional life to fighting for racial equity is attacked for personal text messages while the threats against her life and the racism that prompted the texts in the first place are ignored? wait. I know,” tweeted Tara Parker, chair of the Department of Leadership in Education at UMass Boston. “It’s why #IstandwithLorna”

In October, the Globe requested all texts and emails exchanged between committee members during the meeting; however, the text exchange was omitted and Boston Public Schools has not said specifically why.

Rivera told the newspaper the release, now in June, is a “right-wing coordinated effort to derail (the) BPS exam school vote,” referring to a vote to make the policy change permanent this summer.

“The timing and leak of these texts were intentional and an inside job,” she said.

Faude, the director of research and evaluation at YW Boston, which works to help organizations create inclusive policies and attitudes, concurred that the timing of the release was intentional, calling it “a TACTICAL move to distract and undermine” the success of the proposal.

“In my research I’ve seen this before. This is NOT new. This IS Boston, particularly a stubborn and geographically concentrated (segregated) White community,” she wrote.

“When Boston was debating a change to school times, White parents literally arrived in a private coach bus from West Roxbury to the school headquarters in Roxbury. It may not be the bussing story Boston is known for, but it continues to shape policy in education,” Faude continued.

“I watched white parents assert the weight of their voices because they were ‘homeowners’ and ‘taxpayers’ — I listened to them yell at then (Superintendent Tommy Chang) to ‘go back to where you came from,'” she added.

Faude wrote that she is “so sorry that these two powerful women had to share and relive their own trauma in order to reclaim humanity.”

“They shouldn’t have to,” Fraude said. “But this racial divide is as old as this city and it’s not getting better if we keep getting upset when (people of color) speak the truth.”

School Committee member Michael O’Neill will temporarily serve as chairman of the board in the wake of Oliver-Dávila’s resignation, according to the Globe.

O’Neill served as the committee chairman from 2013 to 2017, and was most recently the vice chair. A Jamaica Plain native, O’Neill graduated from Boston Latin School and serves as chair of the Board of the Council of the Great City Schools, a coalition of 76 large-city school districts, the Globe reports. He joined the board in 2008.

The committe is expected to meet on June 16. O’Neill declined to comment to the newspaper on Wednesday, saying that he will speak next week.

O’Neill is the third person to take the helm of the board in the past year after former Chairman Michael Loconto resigned for being heard seemingly mocking names of people who signed up to speak during the same October meeting last year. 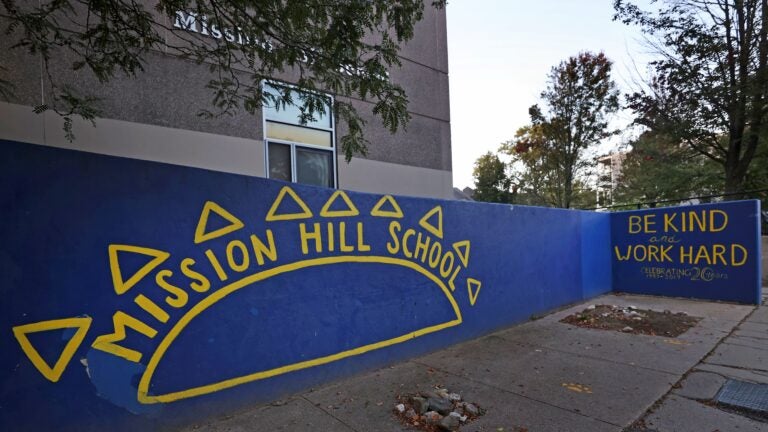