Multiple monoliths, Carole Baskin on Dancing with The Stars, and Murder Hornets, were somehow, some of the least weird elements of 2020.

It was a year unlike any other in recent memory. Over 300,000 Americans were killed by the coronavirus, a divisive presidential election cycle seems to be ongoing despite definitive election results, and many remain anxious at home, wearing masks to go out if needed and hoping their turn to receive a vaccine comes soon.

People graduated virtually, postponed their weddings, celebrated holidays in smaller groups or virtually, learned in remote classrooms, and worked in remotely, sometimes logging into work in pajamas. All of these changes, plus a backdrop of political unrest, provided some strange life adjustments during an already odd year. We asked Boston.com readers what they thought were strangest parts of 2020. Here’s what nearly 50 readers had to say.

The most puzzling to readers at 25% were the presidential election results, which readers from both sides of the political spectrum vocalized as strange. Some could not believe that President Trump hasn’t accepted the election results, while others cast doubt that President-elect Joe Biden won the election (The AP has certified results that Biden won both the popular vote and the number of Electoral College needed for the presidency.) The Other category, also at 25%, is comprised of responses that were strange, but submitted by one or two individuals. “Snow in May” and the “Four Season’s Total Landscaping fiasco” are examples in this category.

15% of responses submitted the COVID-19 pandemic, which upended “normal” life for so many in different ways. 10% were surprised that people still voted for Trump following the last four years. 7.5% of responses mentioned the moment President Trump suggested during a White House press conference that injecting disinfectants could cure the coronavirus, while Dr. Deborah Birx looked on. 5% mentioned how weird it was to not see fans in sports stadiums, and another 5% pointed Trump’s voter fraud claims as bizarre. An additional 5% wondered why wearing masks to stop the spread of the virus became so politicized.

Here’s a sampling of reader submissions

Responses were lightly edited for length and clarity.

“I think that the anti-mask movement was the strangest thing in 2020. Considering it is a medically sound and easy solution to help stay safe, it was strange that the President turned it into a political issue, it was strange that anyone followed his lead on it, and it was strange that doctors, scientists and other leaders had to constantly combat outlandish misinformation about masks and beg people to wear them. It was also strange to see the public meltdowns of anti-maskers when being asked to wear a mask. The next strangest thing is the President suggesting that disinfectant could be injected into the body!” — Lynn H. in Winchester

“Teachers became essential workers. And communities had a love/hate relationship with them.”

“‘I see the disinfectant, where it knocks it out in one minute. And is there a way we can do something like that by injection inside or almost a cleaning, because you see it gets in the lungs and it does a tremendous number on the lungs,’ Trump. Hands down, the strangest thing I heard. I saw it live with a patient of mine on their room TV at Ellison 12 here at MGH. We both looked at each other (masked) and were without words. Just ????” — Pete Carberry

“An RV announcing a bomb, just before a massive explosion in Nashville.” — Mark, Swampscott

“Seeing no fans in the stands at sports events or seeing ‘cardboard fans’ in stands. Really weird.” — Kathy, North Andover

“Our President knew how bad this was going to be for our country and more importantly for its residents well before the general public knew and yet, he, nor our government did anything to protect us nationally. The devastating impact could have been lessened. So much loss. So Tragic.” — “Working Mom,” Natick

“The strangest thing that happened in 2020 was: Andrew Yang losing the election. The most popular Dem candidate amongst voters on the right and centrists. His campaign platform included over a hundred policy proposals…innovative initiatives, thoughtful and fresh…” — Sam, Lower Allston

“A president who took over a country that was in pretty great shape, said he was going to make it great (again?), turned it into a complete and utter dumpster fire in just 4 years and killed like 300,000 people with his stupidity alone lost the most secure election in our history by 8 million votes and yet still a bunch of people think some sort of fraud was required for that to have happened. That’s strange, man. People are strange.”— ‘Zo, Winchester

“Whenever I watch movies now that show large groups of people together, I am surprised they aren’t wearing masks and distancing….I can’t believe my ‘normal’ has changed so drastically in such a short time.”

“People actually votes [sic] for Joe Biden to give the country away.” — Dave, Auburn

“That something as mundane as a mask became a symbol of political volatility, or world unity, depending on your viewpoint (hint: it’s world unity).” — Brian, Nahant

“The way Trump attached voting by all Democrats as fraudulent: ‘The only real votes are from Republicans.'” — Gary Handelman, Melrose

“Covid 19! If it hadn’t been for this horrible virus that killed so many people, Trump would have had a landslide to victory.”

“The Air Force confirmed UFO sightings and no one reacted.” — Carol Ann, Arlington

Do you agree that these were some of the year’s strangest moments? Let us know in the comments below. 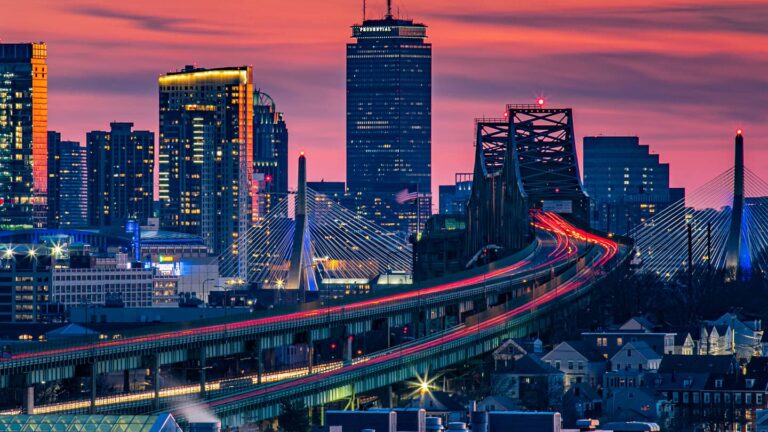 Here are the most stunning reader photos of 2020