A child star, Palmer rose to fame via movies like “Akeelah and the Bee,” and most recently starred in Jordan Peele’s blockbuster sci-fi thriller “Nope.”

R&B singer SZA performed on SNL for the third time last night, treating the audience to two songs off her highly anticipated upcoming second album release, “S.O.S.,” which comes out in a few days.

Keenan Thompson reprises his role as Herschel Walker for the cold open, where he discusses Tuesday’s upcoming Senate runoff election in Georgia with James Austin Johnson’s Mitch McConnell, Cecily Strong’s Martha Blackburn, and Mikey Day’s John Cornyn. The three senators try to emphasize the importance of these last few days before the election to the dimwitted Walker, who doesn’t seem to get the runoffs. “I’m good at those. My ex-wife says all I do is run off.” They end up locking him in McConnell’s panic room until Tuesday so no more scandals can get out.

In her heartwarming monologue, Keke Palmer announces that she’s pregnant, confirming the rumors and showing off her baby bump on TV. She jokes about having to keep her pregnancy under wraps while she secures a liquor sponsorship deal. “Let the check clear, then we can get to the damn baby shower.” She discusses her first acting role in “Akeelah and the Bee” when she was 9 years old, and her most recent role in Jordan Peele’s “Nope.”

In a parody of classic ‘80s soap operas like “Falcon Crest” and “Dynasty,” Alexia (Cecily Strong) and Sandrine (Keke Palmer) argue in melodramatic, over-the-top soap fashion after Sandrine joins Alexia in her mirror shot. With an obvious and clumsy use of stunt doubles, the scene devolves into Sandrine and Alexia fist-fighting, until they decide to go into business together with Forcington Vineyards champagne.

The women who Drake has written songs about are unionizing. Keke Palmer, Ego Nwodim, Heidi Gardner, Sarah Sherman, Punkie Johnson, and Chloe Fineman explain that you may be entitled to benefits if you’ve ever dated Drake, met him at a club, talked to him on Instagram, etc. Nwodim once left him a voicemail about a car payment, and ended up as an interlude on an album. “That ‘Kiki Do You Love Me’ song ruined my damn life,” said Palmer. “I am the Keke, just not that Kiki!” The skit also showcases Palmer’s musical talent at the end with a spoof of “Seasons of Love.”

In this absurdist sketch, seasonal employees at the Sanrio store in Times Square are going through training on Hello Kitty’s corporate-sanctioned background — which apparently includes that she’s a little girl, not a cat, she’s in the third grade, she has a cat boyfriend, and she’s raceless. Palmer and Bowen Yang express indignation at each new Hello Kitty reveal, playing off each other well until other NYC icons show up like the Statue of Liberty, Spiderman, and a construction worker. Natasha Lyonne makes a surprise appearance as Hello Kitty.

Kenan Thompson and Palmer embrace their Nickelodeon pasts in a reboot of the ‘90s sitcom “Kenan & Kel.” Palmer pitches Thompson the show idea—she’ll play Kelly instead of Kel. Her high energy versus Thompson’s worn-down persona makes for great chemistry and a comfortingly nostalgic sketch. Kel Mitchell makes a cameo, and Palmer adds in some dramatic moments as Thompson says she’s going for an Emmy Award. “The show is … not good,” says Thompson.

SZA performed “Shirt” and “Blind,” both off her upcoming album which, she announced via a background during her performance of “Shirt,” comes out Dec. 9.

Michael Che and Colin Jost touched on timely news items in this week’s “Weekend Update” like the Senate’s protection of same-sex marriage, the rail strike, Kim Kardashian and Kanye West’s divorce settlement, and Hawaii’s Mauna Lou erupting for the first time since 1984. Michael Longfellow comes on the segment to discuss being a child of divorce during the holidays, and the Peppa Pig Fan Club President (Sarah Sherman) appears to express her outrage over the cartoon introducing its first same-sex couple. 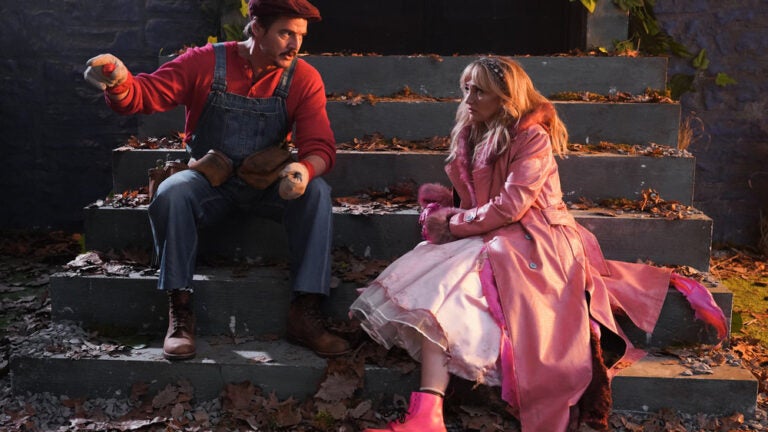