If one were to look up in the sky during the mid-20th century and see the bright white head and yellow beak of a wild bald eagle, it would have been an exceptionally rare event.

Despite being one of the country’s most famous animals, bald eagles were pushed to the brink of extinction across the country and in Massachusetts. In 1963, the lower 48 states had only 417 known nesting pairs. Now, there are over 71,400 pairs. Since 2009, bald eagle populations have quadrupled.

This is seen as one of the greatest wildlife conservation success stories of all time. But how did America save its most iconic bird?

The answer, researchers say, is actually fairly straightforward. It rests on two factors: the elimination of the pesticide known as DDT, and a wildly successful population growth program developed by scientists.

To understand the scope of this story, one must go back to the early days of European colonization in North America.

Bald eagles were abundant, but settlers swiftly took steps to change that, said Kevin McGowan, a senior course developer and instructor at the Cornell Lab of Ornithology. Europeans had a long history of shooting eagles, sometimes on sight. They were seen as competition for fish, and a threat to poultry and game birds.

This, coupled with deforestation, led to sharp declines in population throughout the 19th century for many birds, McGowan said. Breeding bald eagles disappeared from Massachusetts at the beginning of the 20th century, according to the Massachusetts Division of Fisheries & Wildlife (MassWildlife).

Then, in the 1940s, a new chemical threat emerged. DDT was developed as the first modern synthetic insecticide. It was used to kill mosquitos and other insects carrying disease. DDT worked, effectively combating malaria and typhus both in military and civilian populations.

DDT worked so well that it was quickly adapted for insect control in crop and livestock production. The chemical became commonplace in neighborhood lawns and gardens.

But mounting evidence showed the harmful effects of DDT, especially on predators at the top of the food chain. The problem with a lot of synthetic pesticides, McGowan said, is that they don’t get naturally cleared from the body. They build up in tissues through a process called bioaccumulation. This happens to insects first, who then get eaten by larger animals, and so forth.

In raptors, or birds of prey, DDT accumulation manifested in reproductive issues. Scientists discovered that DDT made raptor eggshells much thinner. When the birds went to incubate their eggs, they would often accidentally crack them, killing the embryo.

“They were laying eggs with practically no shells on them at all,” said Wayne Petersen, director of the Massachusetts Important Bird Area (IBA) Program for Mass Audubon.

A new method: ‘flooding the market’

The bald eagle turnaround can be traced to 1972, when DDT was banned by the federal government. A decade later, a new program was started to reintroduce bald eagle populations in Massachusetts, centering around the Quabbin Reservoir. Some bald eagles had been observed wintering around the reservoir. The area’s abundance of water and tall, thick groves of trees made it perfect for the birds.

The program, enacted by MassWildlife and other conservationists, was based on a process known as hacking. This tactic was first developed to restart population growth in peregrine falcons, but was soon found to be translatable to other species, McGowan said.

Throughout the ’80s, young eaglets were transported from wild nests, mostly in Canada, to manmade cages in Massachusetts, overlooking the reservoir. The cages were specially designed to make sure the young birds did not know they were being cared for by humans, Petersen said.

Once the eaglets developed feathers large enough for flight, a process called fledging, they were released. From 1982 through 1988, 41 chicks were successfully raised this way, according to MassWildlife.

Hacking essentially creates a new “home base” for the young birds. They go off to hunt and mate, but return back to the area they were raised to build their nests and rear eaglets of their own.

“Essentially, they were trying to flood the market with viable young eagles that would all be gradually maturing and then hopefully hook up with each other,” Petersen said.

Hacking was so successful for bald eagles that the process doesn’t even occur in the state anymore, according to Petersen. Eagles descended from the original Quabbin Reservoir chicks moved to other parts of western and central Massachusetts, establishing new nests and territories.

This is the 34th year that bald eagles have raised young in Massachusetts since their restoration, according to MassWildlife. The number of known territorial pairs of bald eagles in the state has increased to 81 since 1989. During these decades, at least 938 wild-born chicks are known to have fledged, and an additional 8 chicks that were captive-born and fostered have also fledged in Massachusetts. Now, a similar hacking effort is underway on Vermont’s Lake Champlain.

“Honestly, if you asked people in the ’60s, ‘Do you ever think we’ll get these birds back?’ A whole lot of them would’ve said no. What a delight to be wrong,” said McGowan.

The list is set to be reviewed next year, and scientists will use data on their current numbers and new chicks to determine if bald eagles should be removed from the state list, Vitz said.

Interestingly, Vitz noted, bald eagles have started moving east, towards more populated areas. Compared to some other raptors, notably osprey, bald eagles are known to be easily spooked by humans. But over the past decade, a dramatic distribution change has been observed, with the eagles becoming more inclined to nest in the suburban areas of Greater Boston, as well as Cape Cod and Martha’s Vineyard.

This could be because the prime habitat of central and western Massachusetts is filling up with young eagles, Vitz said, and scientists have seen similar shifts happen in other states.

Although bald eagles are more abundant now than they’ve been in a century, myriad challenges still face America’s bird. The most prominent is poisoning, from a variety of sources. In February, the journal Science reported that almost half of bald eagles in the U.S. have lead poisoning. The eagles usually ingest lead from scavenged carcasses.

While they tend to prefer eating fish, bald eagles frequently go for dead deer and other animals left behind by hunters. Lead from ammunition is present in the eagle’s bloodstream, filters through its liver, and can even build up in its bones, Science reported. Lead and mercury can also be ingested by eagles due to fishing equipment that has been eaten by fish, Petersen said.

In an echo of the heyday of DDT, poison used for pest control is still a problem. Last year, state researchers documented two bald eagle deaths that were caused by rodenticide: one adult female and one chick, Vitz said. These were the first two eagle deaths from rodenticide documented in Massachusetts, he added.

“Rodenticides are now one of the big threats to raptors. In the same way that DDT was passed through the food chain, you can see this happening with rodenticide,” Petersen said. “This is not a problem that people are turning their heads to. It’s an issue of ‘How do we deal with this? How do we legislate it?’”

Scientists know that rodenticide poisoning is killing some eagles, but more research must be done to see its wider effect on local populations, Vitz said.

However, most of the dead bald eagles that turn up in Massachusetts are killed by other bald eagles fighting for nesting locations. This shouldn’t be alarming, researchers say.

“That kind of behavior is actually the sign of a healthy, robust population,” Vitz said.

More obstacles still persist, such as a deadly strain of avian flu and other chemical poisons that aren’t properly regulated. While bald eagles are seen as a success story, many other bird species are declining in population every day. But, McGowan said, both scientists and the wider population should stay diligent in conservation efforts and keep hope alive.

“Most bird species in the U.S. and Canada are not doing great. There’s tons of species still declining,” he said. “But if all you hear is ‘The world is going to Hell and everything’s dying,’ I worry that someone will say ‘Well what’s the point?’ But we can do something. We have done something. The only reason the bald eagles came back is because we brought them back. It’s not an accident. It’s an attempt to right a wrong, and we’ve done it.” 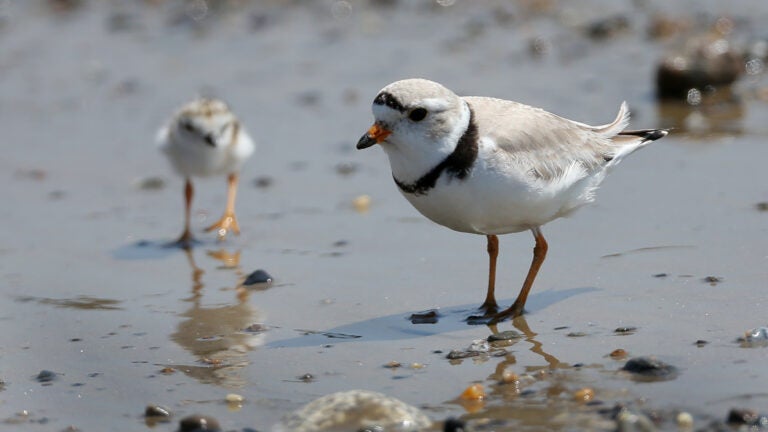