Wednesday’s rain brought a welcome reprieve for Massachusetts residents, not just from the heat of Memorial Day weekend, but from the large amounts of pollen sweeping the region.

In recent days, a particular weather pattern has led to massive clouds of yellow-green pollen blowing through the state.

The clouds, sometimes looking like fog or smoke, occurred because of a backdoor cold front, according to WCVB. The front pushed cold air south and southwest all along the Atlantic seaboard, according to the American Meteorological Society.

In New England, this type of cold front is sometimes called a sea turn.

The winds brought by this front picked up millions of pine pollen granules, WCVB reported. These granules are relatively large and therefore quite visible. Oak, ash, and grass pollen supplemented the particles coming from pine trees, according to meteorologists.

The clouds of pollen were so large that they actually showed up on radar images. In one loop posted by Boston 25 Meteorologist Jason Brewer, a wave of pollen can be seen sweeping from the Boston area out towards Rhode Island, growing steadily. At one point, the pollen wave appeared to stretch from Gardner to Falmouth.

Although Wednesday’s rain may have temporarily washed pollen away, levels are expected to rise once again. Pollen counts will reach moderate to high levels from Thursday through Saturday, according to WCVB. 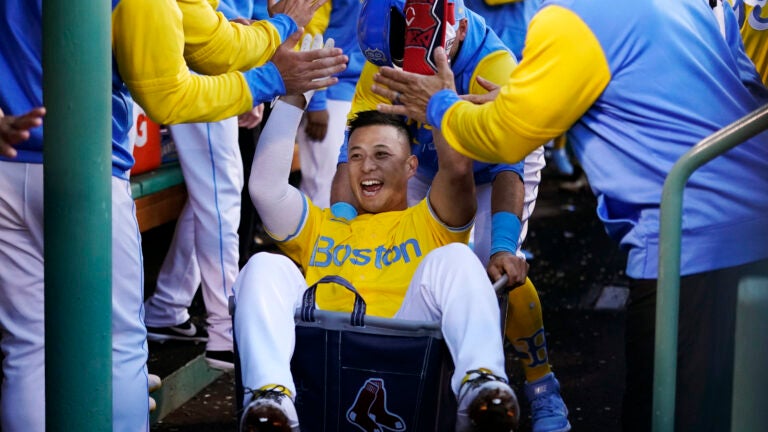