About three-quarters of Massachusetts is either in a moderate drought or abnormally dry, according to recent data from the US Drought Monitor.

The most parched areas include Boston, Metro West, the North Shore, and the South Shore, according to the monitor’s weekly map.

The most recent report on May 31 shows that just under 74 percent of the state — from Eastern Massachusetts through Central Massachusetts — is suffering from arid conditions. The central part of the state and Cape Cod and the Islands are considered “abnormally dry,” while the rest of the dry area is in a “moderate drought,” according to the data.

The dry spell started in early May in greater Boston and spread out from there over the course of the month. There’s no sign of relief in the immediate forecast.

However, there is a 30 to 50 percent chance of showers starting Tuesday and continuing through the end of next week, according to the NWS.

Abnormally dry conditions in Massachusetts bring the risk of stunted crop growth, elevated fire danger, browning lawns, wilting gardens, and a decline in surface water levels, according to the monitor.

Moderate drought conditions could lead to an increase in irrigation, low hay and grain yields, a decline in honey production, an increased risk of wildfires and ground fires, stressed fish, trees and landscaping. It could also lead to communities asking residents to voluntarily conserve water, as reservoirs and lake levels are below normal capacity.

State officials have already advised residents in affected areas to be mindful of their water usage. On May 11, the state’s Drought Management Task Force announced mild drought conditions in southeastern Massachusetts and the islands and pointed to sporadic rainfall as the cause.

“With forecasts showing below normal rainfalls with elevated temperatures, it’s important that we all administer water conservation practices early in the year to minimize stress on our water supply systems and natural habitats,” said Energy and Environmental Affairs Secretary Beth Card. “As state officials continue to monitor and analyze ongoing conditions, we ask everyone, particularly those in the southeast and islands regions, to be mindful of water usage as we advance further into the growing and outdoor recreational seasons.” 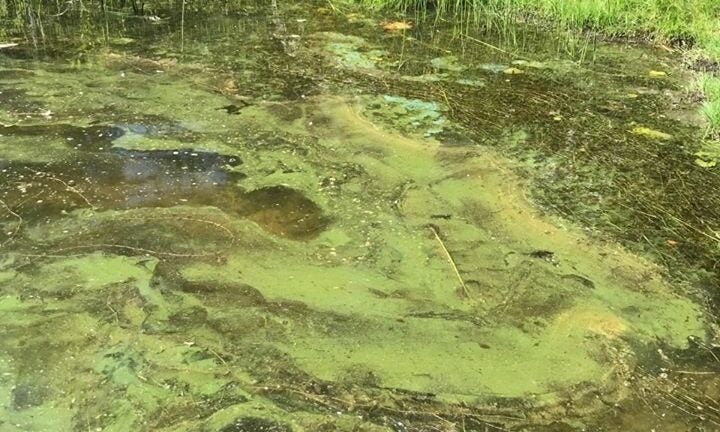 Toxic algae is back, this time on the Cape