Drought conditions are worsening throughout Massachusetts, with officials this week declaring that large swathes of the state are now experiencing a “significant” drought.

In an update posted Tuesday, Energy and Environmental Affairs (EEA) Secretary Beth Card said that the only regions not experiencing a “significant” drought are Cape Cod, the Islands, and the westernmost chunk of Massachusetts.

Officials measure drought by dividing the state into seven regions and assessing each region on a scale ranging from zero to four. A zero marks normal conditions, while a four represents an emergency. As of this week, the Northeast, Southeast, Connecticut River Valley, and Central Regions of the state are all labeled as level two: a “significant” drought.

The Central and Connecticut River Valley regions were experiencing level one conditions last month, but have since been upgraded to level two.

Card cited a lack of rainfall as a major contributor to worsening drought conditions, and emphasized the need to help the agricultural sector.

“As the state continues to experience dry conditions, and with little rainfall expected in the immediate forecast, it is important that we all implement water conservation practices to reduce stress on our local water supply systems and our natural habitats,” she said in a statement. “The Baker-Polito Administration will continue to work closely with its municipal partners and local water suppliers as we further monitor ongoing drought conditions and address its impacts, particularly on the agricultural sector.”

Level two conditions trigger the convening of an inter-agency group designed to “more closely coordinate on drought assessments, impacts and response within the government,” according to the EEA. This group has already been created.

Hydrological conditions have declined since the beginning of June, officials said, particularly in the northern half of the state. Drought has been “spreading and intensifying,” due to a lack of precipitation over the past few months.

Although meteorologists expect a small amount of rain in the coming days, it likely won’t impact drought conditions, according to WBUR. Some parts of the state, particularly in the east, got between four and five inches less rain than normal between April and June.

Residents should be aware that fire danger is steadily rising in the northern half of Massachusetts, as the drought dries out shrubs and grasses.

The EEA still expects the hottest time of the year to be ahead of us. A low dew point could combine with high water evaporation from the ground and plants to worsen drought conditions, according to the update.

“Streamflow” has been severely impacted across the state, and dry stream beds are visible in many locations, according to the EEA.

One positive note is that the Massachusetts Water Resources Authority (MWRA) water supply system is not currently experiencing drought conditions. But officials say that private wells, local streams, wetlands, vernal pools, and other water-dependent habitats within areas serviced by the MWRA will be impacted. Lowering water levels and stagnation can cause water quality in ponds to deteriorate.

Residents living in areas affected by level two drought are being asked to minimize overall water use, such as limiting outdoor watering to hoses and watering cans used only before 9 a.m. or after 5 p.m.

Local governments are being urged by the EEA to implement the state’s nonessential outdoor water use restrictions for drought.

“Dry conditions continue to affect a major part of the Commonwealth and in a time of year when our rivers and streams are normally at their lowest, it is even more important to conserve in order to protect water supplies and our natural resources,” he said in a statement. “People should be aware of, and follow, conservation measures put into place by their local water systems.” 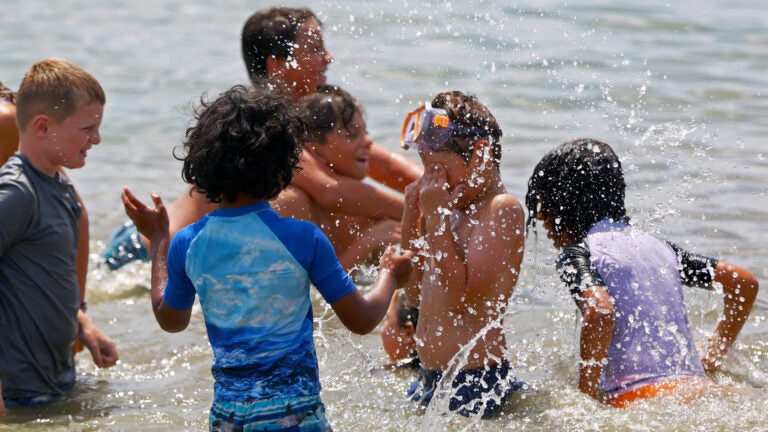