Local officials recently posed a question: Where in Massachusetts will residents need housing assistance once the state’s eviction moratorium ends?

The answer, according to a new report from the Metropolitan Area Planning Council, is everywhere.

After analyzing statewide unemployment and housing data from July, MAPC is calling for action to address an impending housing crisis as the Bay State’s extended eviction moratorium ticks closer to its end on Oct. 17.

The council estimated in their report that 108,700 Mass. households with members that filed unemployment claims will have trouble paying their mortgage or rent by the time the moratorium is up.

Of those households, around 61,000 are reportedly renters.

The council’s report also predicts that those struggling households will need about $117 million per month in housing assistance.

Yet all of these estimates still miscalculate the full cost of providing housing support to those who will need it, according to the report, which did not include datasets from workers who have filed for the Pandemic Unemployment Assistance program, which serves people who are self-employed, seasonal workers, or undocumented immigrants who are ineligible for unemployment insurance.

“When the eviction moratorium ends, everything that renter owes becomes due and payable on that day, and most of them aren’t going to have the ability to make that payment,” Draisen told the news station.

In Boston alone, according to MAPC’s data, 16,645 households need more than $18 million a month to make rent and mortgage payments without federal unemployment benefits.

While the White House announced last week that the CDC would be imposing an eviction moratorium through December for tenants making less than $99,000 a year, local courts will handle disputes over eligibility.

Even as the state continues to reopen, and people return to work, the MAPC is anticipating that renters will not be able to catch up with their missed payments.

“Without additional protections or assistance, these households are likely to face eviction in the future,” the report reads, adding that it’s now up to state to take action and establish a plan to keep people in their homes going forward. 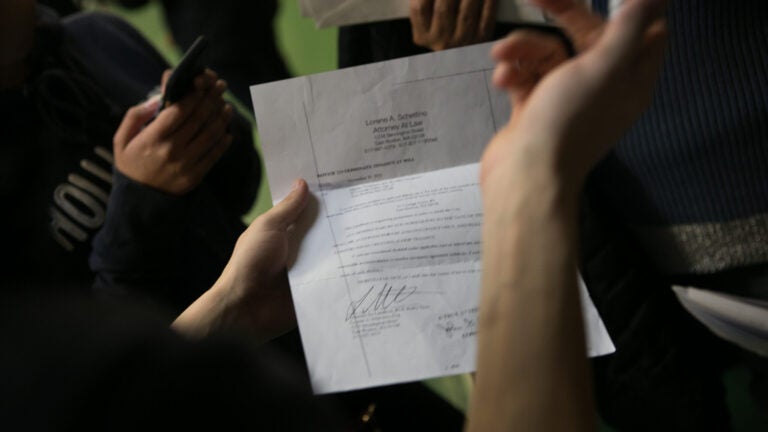