Two New England states have legitimate claims on owning the lobster roll — perhaps one more so than the other.

Despite being virtually synonymous with Maine, where the cold, mayo-dressed version reigns supreme up and down the state’s coastline, the lobster roll, at least in its contemporary form, traces its origins back to Connecticut.

According to Down East magazine’s oral history of the crustacean delicacy, the lobster roll was actually invented in the Nutmeg State: hot and buttered, now known as Connecticut-style. And yet it’s the cold style that went on to become most iconic in New England.

John Ross is the chef at Neptune Oyster, an upscale spot in the North End consistently hailed as serving the best lobster roll in Boston. At Neptune, customers can choose which preparation they want: hot and buttered, or cold with mayo.

Ross says he expects New England diners grew up accustomed to the Maine-style roll. But most customers choose hot over cold at a three-to-one ratio. Ross says he thinks the novelty of the different and perhaps unfamiliar version is one reason visitors lean toward the Connecticut style.

And despite the iconic status of the cold, Maine-style lobster roll, food science suggests those customers might be making the right choice.

J. Kenji Lopez-Alt, the managing culinary director of Serious Eats and author of The Food Lab: Better Home Cooking Through Science, honed his craft in the Boston area and say a lot of taste is subjective.

“If you grew up eating one style, you’re probably going to like that style more,” said Lopez-Alt, who himself grew up eating Maine-style lobster rolls.

Nevertheless, he says science seems to tip the scales toward the Connecticut style.

First, Lopez-Alt explained that the core of a good lobster roll is — surprise — good lobster. Lobster meat has a distinctive sweet-ish taste comparable to crab or scallops, which contributes to the sweet-and-salty contrast that he said is the “backbone” of lobster roll.

It’s here where the temperature of the lobster comes into play.

“If you want to inject a little bit of science in it, certainly when things are hotter you can taste their flavors better,” Lopez-Alt said.

For example, chilled soups must be seasoned more to get the same flavor as a hot soup, he said, while melted ice cream will taste much sweeter than it does frozen.

“Once [food] cools down, a lot of the flavors don’t come out as strongly,” Lopez-Alt said, noting that this dynamic is key given how simple the ingredients are in a lobster roll.

Additionally, Lopez-Alt said butter helps distribute the flavor of the lobster: “A lot of flavor compounds are fat soluble, so adding fat will help it sort of distribute itself across your tongue and help deliver those flavors to your mouth a little better.”

On the other hand, the flavor of Maine-style lobster rolls are somewhat less simple. Mayonnaise is not only fat, but also contains egg yolks and acid flavors, usually from lemon juice. Cold lobster rolls also often include celery or celery salt, but hopefully not much else.

“It’s more about complementing the flavor of the lobster rather than just simply emphasizing and augmenting it,” Lopez-Alt said.

One potential structural concern with the hot lobster roll is the hot butter turning the roll soggy.

“It’s mainly just because hot butter is liquid and cold mayonnaise is not,” Lopez-Alt said. “Liquid fat is going to seep into that bun a little bit more.”

But he says this is an easy problem to protect against with an adequately hardy roll, adding that the New England-style split-top white bread bun, griddled in butter, is another important component in the lobster roll’s core sweet-and-salty contrast. 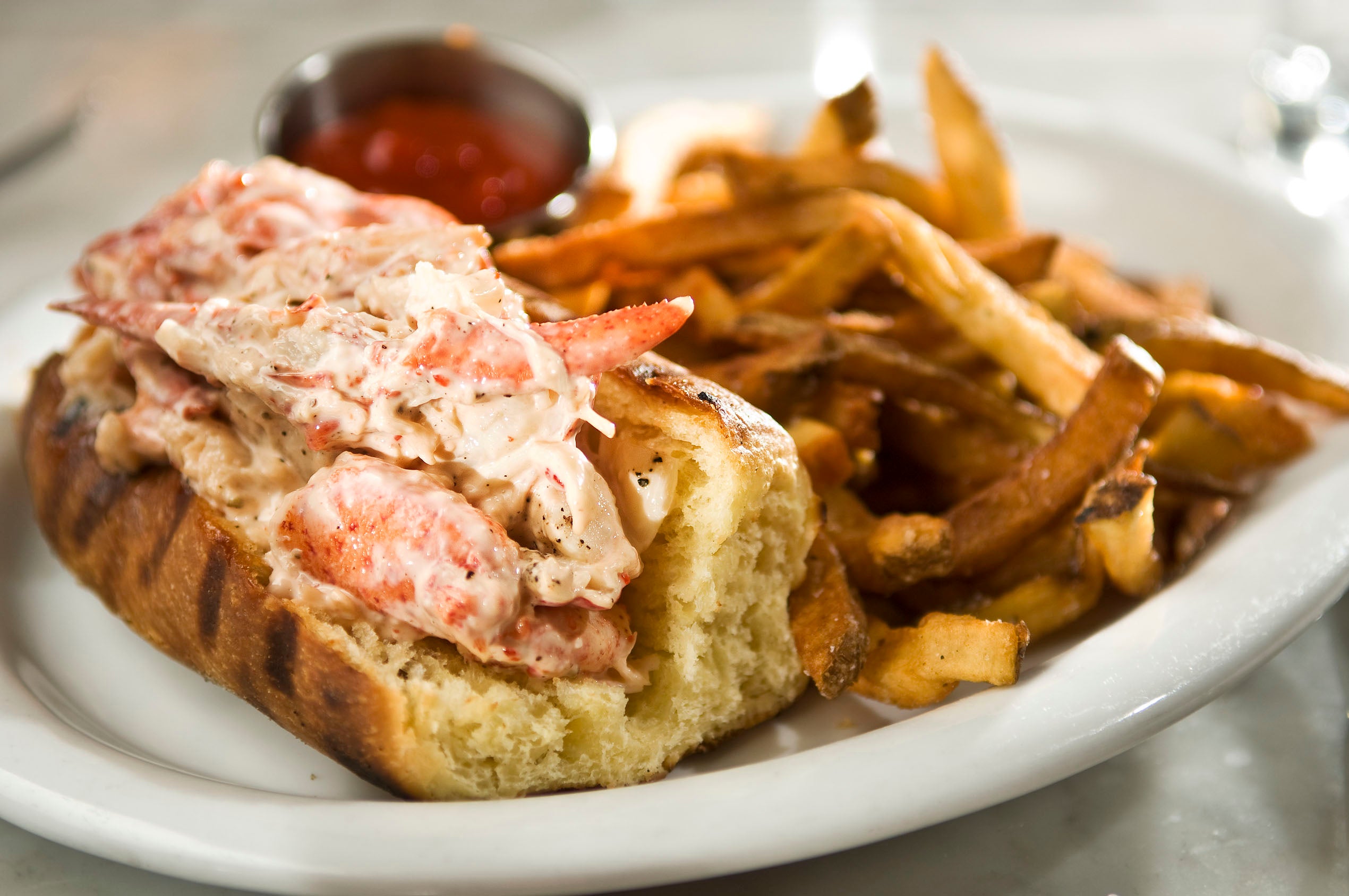 A lobster roll photographed with fries at Neptune Oyster.

“In both cases, they’re both extremely simple foods in which good lobster is the key,” Lopez-Alt said.

Indeed, according to Ross, Neptune’s hot lobster roll is dressed only with unsalted butter, lobster stock, and salt and pepper, while the cold style is simple with mayo, salt, and pepper. The objective is to let the freshness of the lobster — seven ounces of claw, tail, and knuckle meat — stand out, he said.

“We’re not adding a lot of other components to it,” said Ross, who prefers the Connecticut style. “We’re letting the lobster speak for itself.”

Lopez-Alt, on the other hand, chooses the Maine style (with, if possible, lobster cooked sous-vide). But his preference is based less on scientific method than it is on his early years in New England, when he frequented the seafood shacks of Cape Cod and Maine.

“That’s where all my lobster roll experience comes from,” he said. “It’s just the way I was raised.” 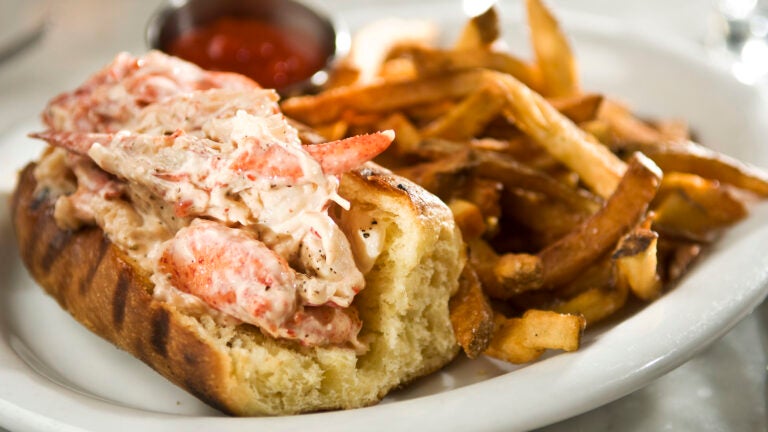