Owners of a Maine restaurant known for serving up hot dogs say they’ve encountered “disturbing and hostile customers” in recent weeks in response to a change on their menu — swapping out crinkle-cut fries for straight-cut fries.

Leslie Parsons, owner of Bolley’s Famous Franks in Waterville, said in a statement on Thursday that while there is an understanding that the crinkly, deep-fried potatoes were “the long standing traditional fry” of the restaurant, the decision to change up the menu was financial. And other than the shape change, she said, the quality and care put into the fries remains the same.

“I was forced to make an unpopular business decision for reasons as a business owner one must make from time to time,” she wrote. “The blades are ridiculously pricey and flimsy. It takes many blades to operate the cutter and after sinking thousands, yes thousands, I chose to go with an alternative cut. They are still fresh cut daily. We still use the best potato in Maine. It is still a very expensive French Fry and our process minus the crinkle cut is still the same.”

The change was made in late June, according to the Kennebec Journal, but recently the griping about the new style of fried potato has escalated.

Owner Jim Parsons told the newspaper that a man, angry about the new fries, threatened to fight him when he was asked to leave after becoming disorderly.

“People come in with a negative attitude that the fries aren’t going to be the same,” Jim Parsons said. “That’s a tough sale for us.”

According to the Journal, the Parsons family took over Bolley’s in 2017 from the Genest family, who started the hot dog shops in 1962.

In her statement to customers, Leslie Parsons thanked those who have “respectfully discussed the change.”

“I just want to say I will absolutely not tolerate being sworn at, threatened physical harm to myself, my husband and children,” she said. “It is unacceptable here at Bolley’s and should NEVER be tolerated anywhere. I apologize to the customers whom I know would much prefer the crinkle cut fry and have graciously accepted our change.”

Hundreds commented on the statement, which was posted to Facebook, many of whom expressed solidarity with the owners.

“We came in last week and I liked the French fries just as much as crinkle,” Debbie Clark wrote. “People don’t like change, but there is no need for that crap to happen to you, or anyone in the public service business.”

“I have been there and had to make those type of changes,” wrote Harry Finnemore. “ You have to do what you can to make it work. A potato is just a potato, some like it one way and others like it another. There are many ways to fix them.”

“I have had both cuts of fries and the new cut is a lot better!” Johnna McCollor said. “Everyone has an opinion which is fine, but I feel it is ridiculous to get mad over a French fry cut!”

Some customers still expressed preference for the traditional cut, while condemning harassment over the fried spuds.

“I was a fan of the thick crinkle cut,” wrote Nathan Belcher. “There is definitely a difference. I came in once and got the new fries and have not been back since. Way too thin. That being said I’m not about to threaten someone over French fries.”

The debate over fries in Waterville even captured the attention of the Bangor Police Department, where Lt. Tim Cotton, who runs the agency’s famous Facebook account, pleaded for civility.

“I am not going to judge the folks who are steeped in the tradition of crinkle-cut, but I will say we all need to get a grip on being angry with changes which displease us,” he wrote.

Cotton said he had never been to the Waterville restaurant, but is a big fan of the Bolley’s location in Hallowell, which is not owned by the Parsons.

“We really cannot be fighting or throat-punching people over our differences, or the differences between straight and crinkle-cut,” he wrote. “We just can’t. In the end, it’s not about Bolley’s fries at all, it’s about being civil to one another no matter what the issue. We ALL need to try a little bit harder. I am not saying we have to always act like Canadians, I am saying think before you threaten to throat-punch someone on Facebook, say thank-you and please more often. Accept the french-fries, no matter how they look.” 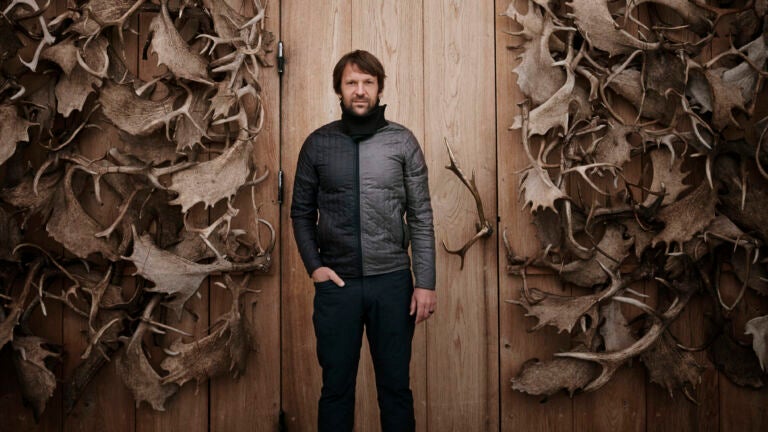 Noma, rated the world’s best restaurant, is closing its doors. Here's why.