No, the sky isn’t falling. Dunkin’ is just getting rid of the “double cup.”

Still, the Canton-based coffee chain is launching an advertising blitz to convince their devoted customers that life will go on.

“We do expect this change to be hard for some,” Kelly Katapodis, a Dunkin’ spokeswoman, told Boston.com, adding that the company hopes fans will embrace their new paper cups, which the company says offer similar benefits of “double cupping.”

In an effort to reduce its environmental impact, Dunkin’ has been phasing in “doubled-walled”paper cups for hot beverages, replacing their classic polystyrene foam cups. The worldwide process is slated to be complete sometime next year, and the company announced Friday that all of its New England restaurants will have eliminated foam cups by Dec. 1.

That also means the end of double-cupping, the widespread New England  — and particularly wasteful — custom of sleeving a plastic iced coffee cup in a similarly-sized foam cup. And as The Boston Globe first reported Friday, the news of its impending death hasn’t gone over well with some fans, particularly in Rhode Island, where the practice purportedly originated.

“They say, ‘You’re changing the best part of my day.’ Which was literally soul-crushing,” Scott Murphy, the chief operating officer for Dunkin’ Brands, told the Globe.

“Consciously un-cup-ling,” reads one of the billboards, riffing off the term popularized by Gwenyth Paltrow. “The double cup is breakin’ up,” says another one of the ads. 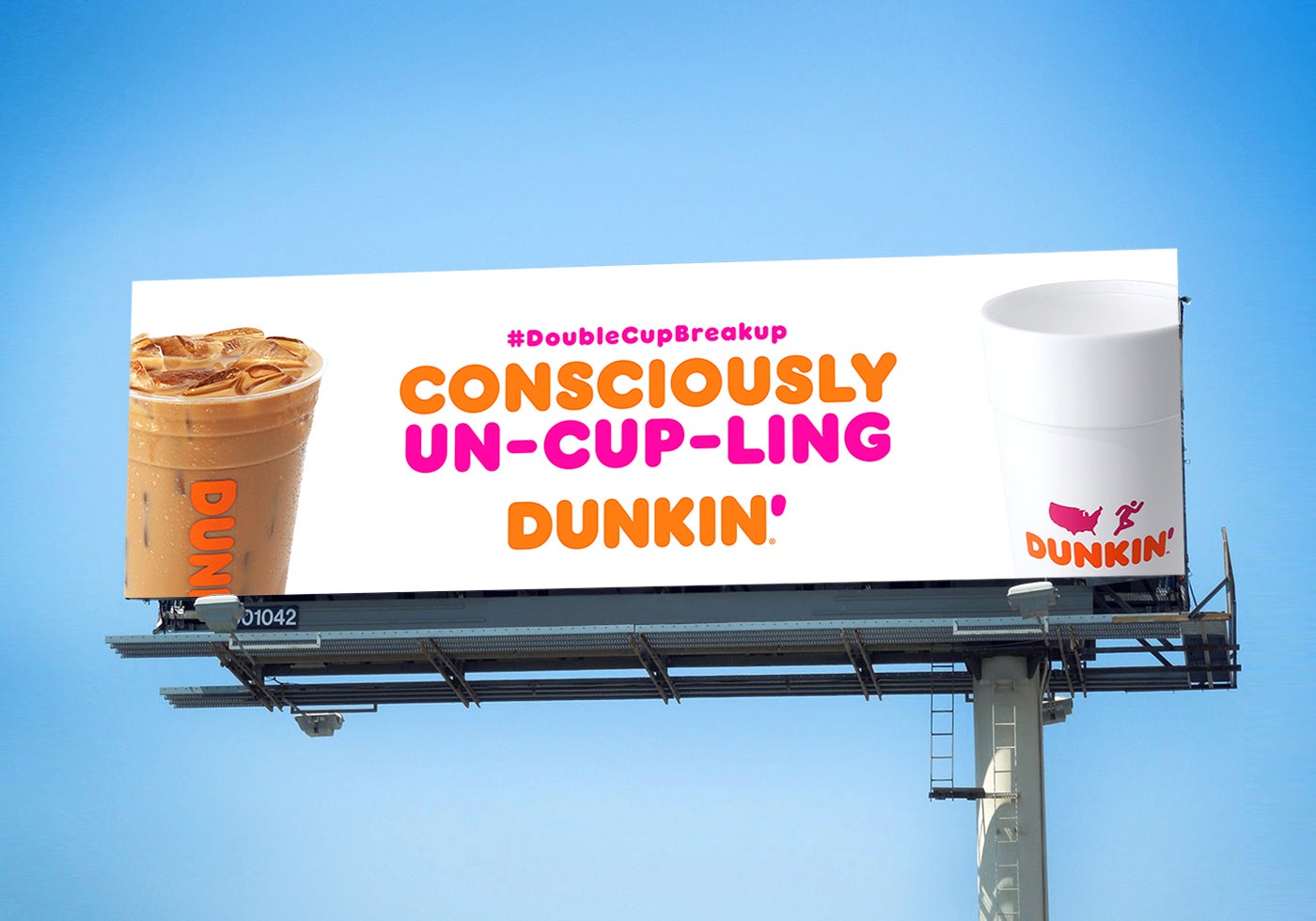 The company acknowledges that it could be a rocky divorce. In the winter, double-cupping acts as a koozie for an already-cold beverage, and, in the summer, it can help prevent the cup’s condensation from dripping.

But for as many fans of double-cupping as there may be, Dunkin’ says they have also seen an increase in demand to stop the practice. The old polystyrene foam cups are relatively cheap and light, but cannot be recycled and do not biodegrade. For several years, Dunkin’ has been looking for an alternative, and the transition will remove 1 billion polystyrene cups from the waste stream each year (though, like Starbucks’ cups, their new paper cups are lined with plastic and, thus, usually non-recyclable).

Still, the new cups are made with paperboard certified by the Sustainable Forestry Initiative Standard. Dunkin’ sees the somewhat incidental and arguably overdue elimination of double-cupping as part of their broader efforts to be more environmentally sustainable.

“We will naturally have to stop double cupping since the double-walled paper cups do not fit over the iced beverage containers,” Katapodis said. “Additionally, as we double down in our commitment to the environment and people, we saw this was a preventable factor that was contributing to waste.”

By next month, nearly 70 percent of Dunkin’ restaurants will have made the switch, which they hope to complete by mid-2020. The company says the new paper cups have “heat retention properties that are comparable to the foam cup,” which is good news to hot coffee drinkers — if not the legions of four-season iced coffee fans.

“Our goal was to satisfy all our customers with a cup that is more environmentally friendly, has the insulation properties of foam and has the lid that our customers know and love,” she added. “It took us a while to find the answer, but we believe the double-walled paper cup will please all our guests.” 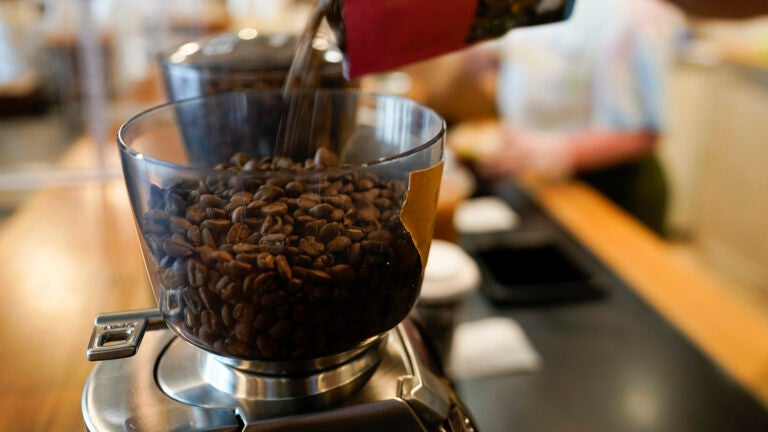 National Coffee Day is this week. Here's where to order a free cup of coffee.