The Marine Stewardship Council says its decision was based on an independent audit of the fishery’s risk to North Atlantic right whales.

“These third-party verifications and ratings are critical to maintaining the integrity of our standards for all wild-caught seafood found in our seafood department,” a Whole Foods spokesperson told NECN. The chain will continue to sell lobster which was bought before the suspension.

“We are closely monitoring this situation and are committed to working with suppliers, fisheries, and environmental advocacy groups as it develops,” the grocery chain said.

Whole Foods, which has over 500 locations nationwide, follows other companies like Blue Apron and HelloFresh in announcing that they would no longer offer the New England-based seafood.

Gulf of Maine lobster lost another sustainability label in September after it was given a “red” designation by Seafood Watch. According to the environmental group, the lobster is harvested in ways that are likely to harm the North Atlantic right whale population.

A July 2022 court ruling acquired by Maine Public found that the lobster industry does not properly regulate risks of the whales getting tangled in lobstering gear, which is potentially fatal for the endangered species.

Whole Foods said that it will resume purchasing Gulf of Maine lobster when the fishery is certified by the MSC again, or if its Seafood Watch rating moves up from red.

Marianne Lacroix, the executive director of the Maine Lobster Marketing Collaborative, told Maine Public that the decision will impact the livelihoods of local lobstermen.

“The fishermen have been working for 25 years to ensure that their gear is safe for right whales. So for a major customer not to carry the product, it’s not just disappointing but obviously can also impact their businesses,” she said. 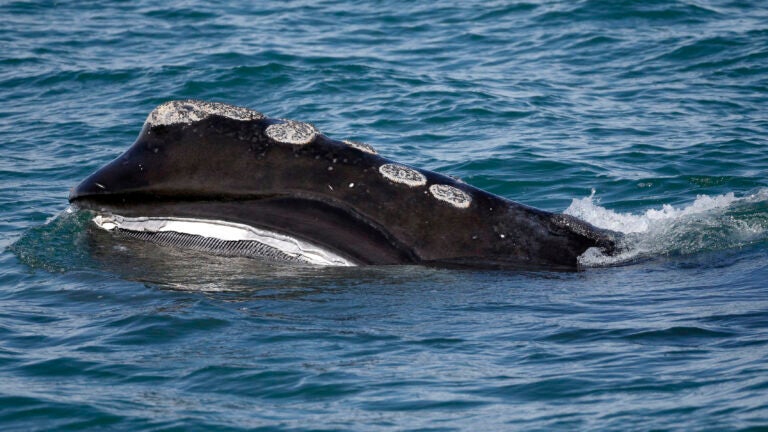