A video of a Wellesley child trick-or-treating in his toy jeep went viral this week, after the adorable Halloween interaction was caught on camera.

The footage shows four-year-old Alex Chen of Wellesley — dressed as a firefighter for Halloween — driving up the driveway before parking next to a bucket filled with candy.

Despite being the only one around, he grabs one piece of candy, stores it in the trunk of his jeep, and then backs up down the driveway before turning around to meet his parents.

WBZ reported that Nick Cafaro was the owner of the house who caught the footage. He went back to watch and see if any trick-or-treaters came when he noticed the bucket was still full when he came home.

“We were having a great chuckle in the house over it,” Cafaro told WBZ about the interaction.

The four-year-old drives in his plastic car with the ease of an experienced driver. In an interview with WBZ’s David Wade, Chen said his “steering is very good.”

“I drive backward,” Chen said. “And full speed ahead.”

Chen’s mom said her son has always loved driving and has been driving since he was two years old.

“My boy loves driving,” she said.

The video — which has over 12 million views according to WBZ — quickly went viral on multiple platforms. WBZ reported the video got 5 million views in 24 hours.

Chen reportedly told Wade that he only took one piece of candy so he would leave enough candy for all the other kids. 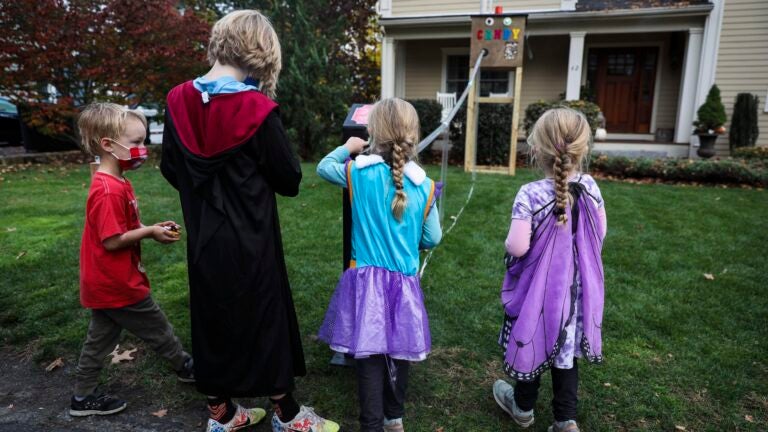