LAWRENCE, Mass. — When Eddie Frasca was shooting up heroin, he occasionally sought out its more potent, lethal cousin, fentanyl.

“It was like playing Russian roulette, but I didn’t care,” said Frasca, 30, a carpenter and barber who said he had been clean for four months. When he heard that someone had overdosed or even died from fentanyl, he would hunt down that batch.

“I’d say to myself, ‘I’m going to spend the least amount of money and get the best kind of high I can,’” he said.

Fentanyl, which looks like heroin, is a powerful synthetic painkiller that has been laced into heroin but is increasingly being sold by itself — often without the user’s knowledge. It is up to 50 times more powerful than heroin and up to 100 times more potent then morphine. A tiny bit can be fatal. 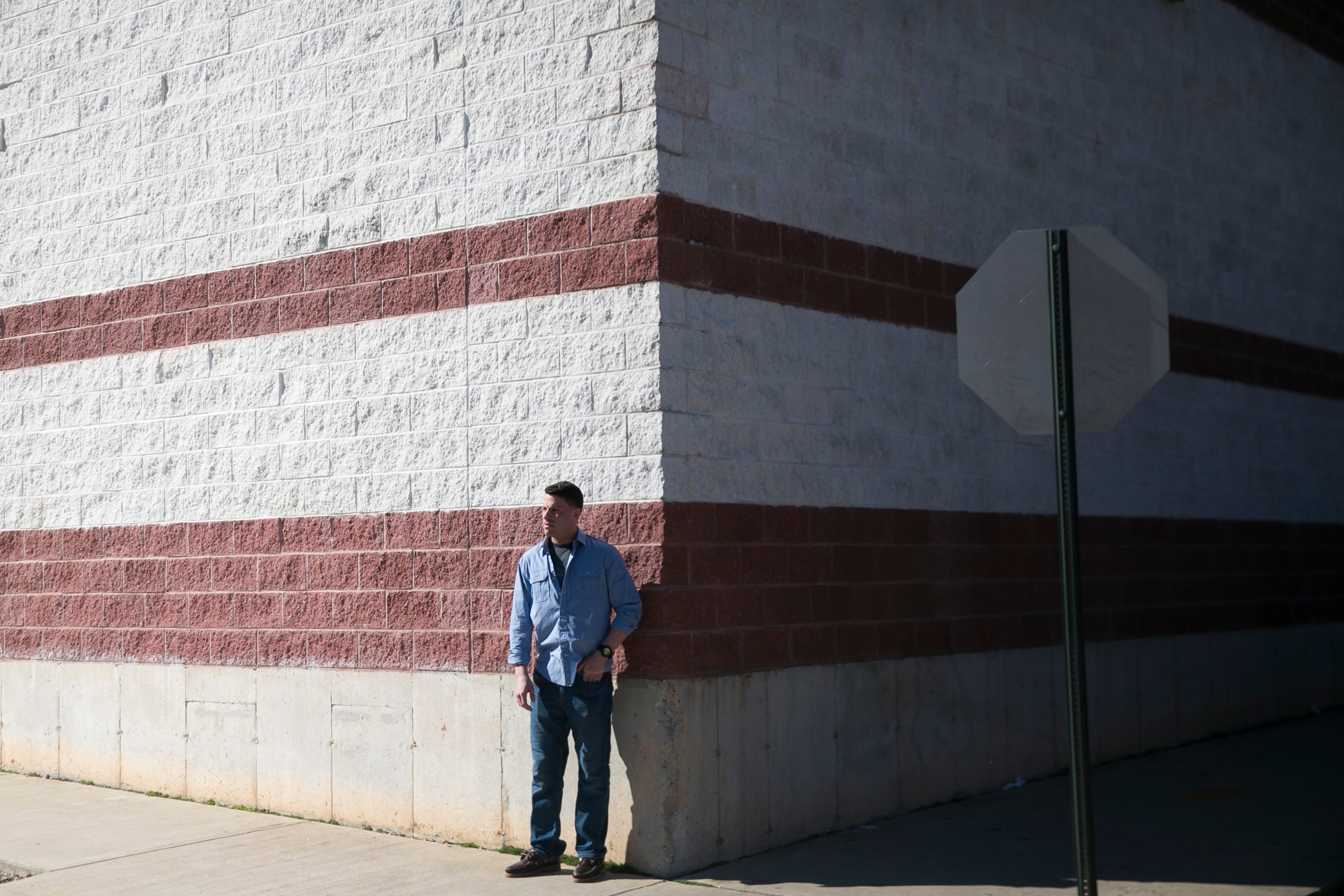 Eddie Frasca, 30, a carpenter and barber who occasionally used fentanyl but said he had been clean for four months.

In some areas in New England, fentanyl is now killing more people than heroin. In New Hampshire, fentanyl alone killed 158 people last year; heroin killed 32. (Fentanyl was a factor in an additional 120 deaths; heroin contributed to an additional 56.)

“It sort of snuck up on us,” said Detective Capt. Robert P. Pistone of the Haverhill Police Department in Massachusetts. He said that a jump in deaths in 2014 appeared to be caused by heroin, but that lab tests showed the culprit was fentanyl.

Fentanyl represents the latest wave of a rolling drug epidemic that has been fueled by prescription painkillers, as addicts continue to seek higher highs and cheaper fixes.

“It started out as an opioid epidemic, then heroin, but now it’s a fentanyl epidemic,” Maura Healey, the attorney general of Massachusetts, said in an interview.

Fentanyl has been used since the 1960s in medical settings to treat extreme pain on a patch or in a lozenge. In recent decades, illicit fentanyl has seeped into the United States from clandestine labs in Mexico. 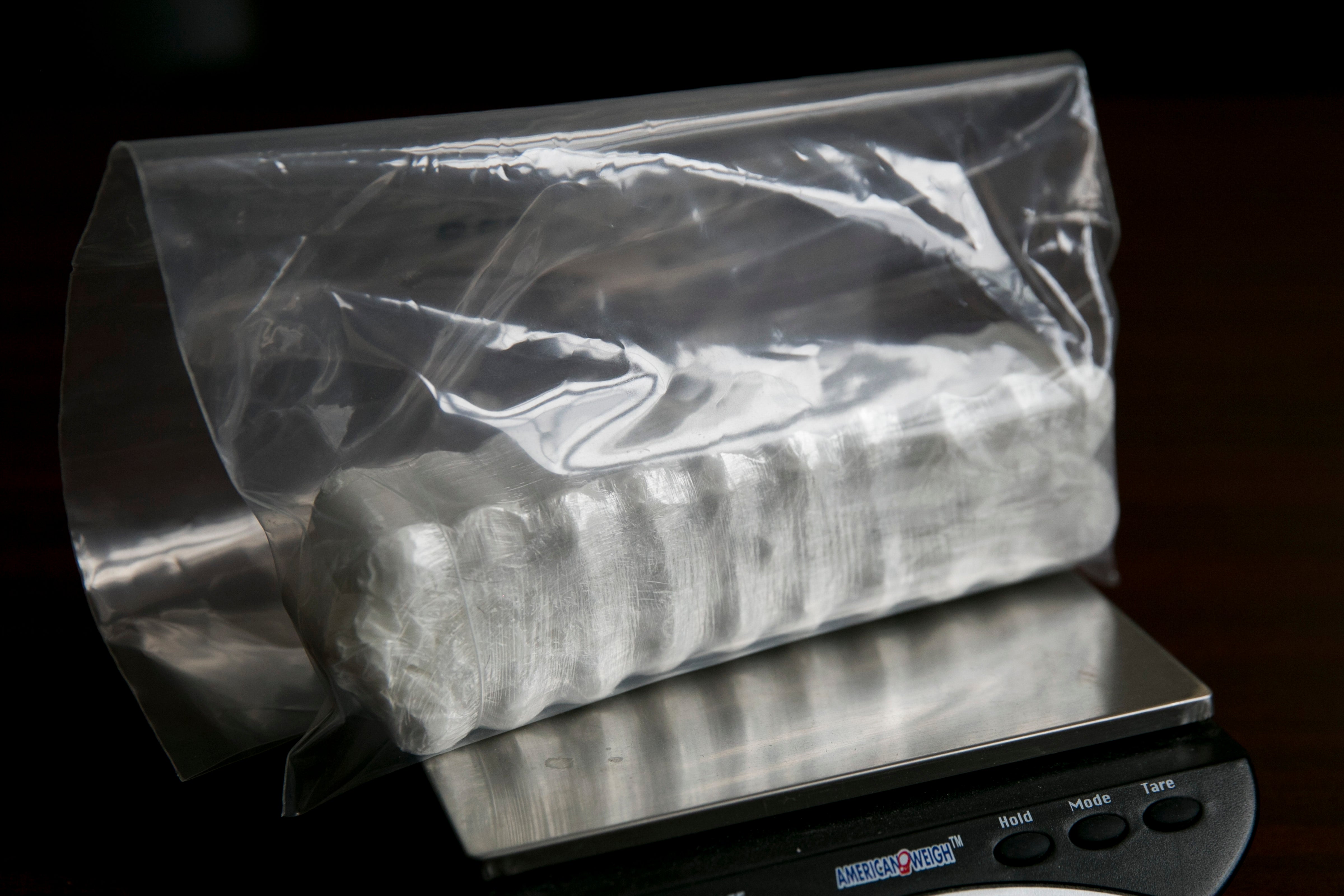 About 300 grams of fentanyl have been confiscated in Haverhill, Mass., within the past month.

“For the cartels, it’s their drug of choice,” Healey said. “They have figured out a way to make fentanyl more cheaply and easily than heroin and are manufacturing it at a record pace.”

Since New England noticed a drastic rise in drug overdose deaths in 2013, public health and law enforcement officials have begun to link more of the deaths to fentanyl.

“The severity of the situation did not become apparent until the public health community noticed the above-average number of overdoses,” a report by the National Drug Intelligence Center at the Justice Department warned in 2006. Special toxicological testing is needed to detect fentanyl, but most coroners and state crime labs did not run those tests unless they had a specific reason.

The police are also finding more and more fentanyl in drug seizures, though it is not entirely clear how much of this reflects a new invasion of the drug or just more testing and reporting.

Nationally, the total number of fentanyl drug seizures reported in 2014 by forensic laboratories jumped to 4,585, from 618 in 2012. More than 80 percent of the seizures in 2014 were concentrated in 10 states: Ohio, followed by Massachusetts, Pennsylvania, Maryland, New Jersey, Kentucky, Virginia, Florida, New Hampshire and Indiana.

In Massachusetts in 2013, the state police crime lab found pure fentanyl, not mixed with other drugs, in just six cases; in 2015, the lab found it in 425 cases.

It was only last March that the Drug Enforcement Administration issued a nationwide alert about fentanyl, saying that overdoses were “occurring at an alarming rate throughout the United States and represent a significant threat to public health and safety.”

In Massachusetts, 336 people died from fentanyl-related overdoses from October 2014 to October 2015 — up from 219 deaths the previous year, an increase of 53 percent. Heather Sartori, 38, a former nurse who is on methadone after years of shooting heroin, in Lawrence, Mass.

Some of the biggest fentanyl busts have occurred in and around Lawrence, an old mill town 30 miles north of Boston, near New Hampshire; it has long served as a major drug hub.

“Massachusetts is the epicenter for the heroin/fentanyl trade,” Healey said. “From Lawrence, it’s being trafficked and sold all over the New England states.”

In one seizure last year, law enforcement officers from Massachusetts and New Hampshire confiscated 33 pounds of fentanyl and heroin with a street value of $2.2 million, most from a house in Lawrence. In January, the police seized 66 pounds of fentanyl-laced heroin, worth millions, in nearby Tewksbury.

Two Lawrence men were indicted in June in connection with an extensive fentanyl and heroin distribution operation involving more than $1 million in drugs.

Lawrence sits at the nexus of major highways, and the police say many drug deals occur at fast-food restaurants off the exits for nearby towns. And those deals are highly lucrative.

One middleman would meet his dealer from Lawrence weekly off an exit in Haverhill, and would buy 100 “fingers” (10 grams each) of fentanyl for $400 apiece, Pistone said. He would sell each finger for $750 apiece in New Hampshire and Maine, making $35,000 a week.

“It’s just everywhere,” Heather Sartori, 38, a former nurse who is on methadone after years of shooting up heroin, said as she sat at a busy McDonald’s here. “It would be really hard to navigate through this city without being touched by it.”

She said she had lost several friends to fentanyl and called Lawrence’s drug-infested landscape “the treacherous terrain where the ghosts of the fallen linger.”

“It’s cheaper, and the high is better, so more addicts will go to a dealer to get that quality and grade,” she said, even if it means they could die.

“That is the phenomenon of the addicted mind,” she said. “It’s beyond the scope of a rational thinker to understand.” An addict at a homeless encampment in Lawrence.

Fentanyl is abundant, too, in the tent cities of homeless people here under the bridges over the Merrimack River. “It’s all there is out there right now,” said a 24-year-old who lives under one of the bridges and goes by G. “I couldn’t find real heroin if I tried.”

Its chief characteristic is that it is fast acting.

“You can’t move,” said a 46-year-old woman, who kept nodding off during an interview at the Haverhill police station. She agreed to talk about fentanyl on the condition that she not be identified.

“When you inject it, it hits before you’re even done giving the shot,” she said. “That’s why so many people get caught with the needle still hanging out of their arm. It’s bam! To your brain.”

Joanne Peterson, executive director of Learn to Cope, a statewide support network for families involved with addiction, said fentanyl works so quickly that there is often little time to administer naloxone, which reverses the effects of an overdose.

“At least with heroin, there is a chance that if someone relapses, they can get back into recovery,” she said. “But with fentanyl, they’re dead within five to seven seconds.” 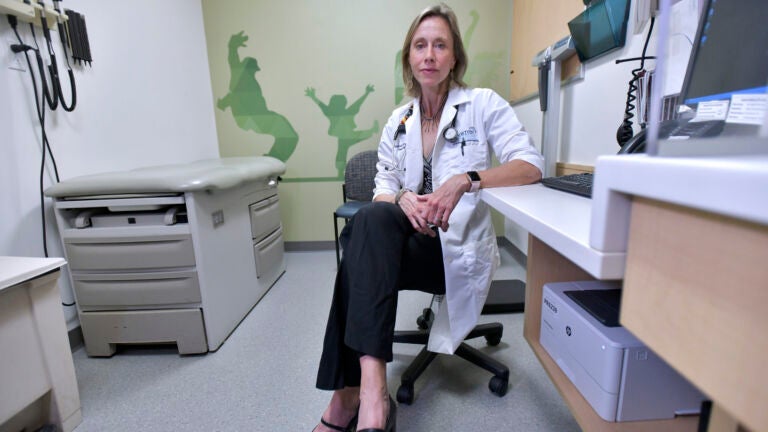