Americans swallow over 3,500 button-sized batteries every year, according to MIT researchers.

So they created a tiny origami robot to retrieve those foreign objects.

The tiny robot can unfold itself from a swallowed capsule of ice. It can then steer itself by external magnetic fields and crawl across the stomach wall to remove a swallowed button battery, patch a wound, or deliver medicine to a specific location, according to a report from the university.

The origami robot, which was was co-developed by researchers at MIT, the University of Sheffield, and the Tokyo Institute of Technology, moves using a “stick-slip” motion and is made mostly of water so it can function within the body.

The robot was built to be considered as an alternative to surgery for patients who’ve swallowed foreign objects.

The research team is presenting the origami robot at the International Conference on Robotics and Automation in Sweden this week. 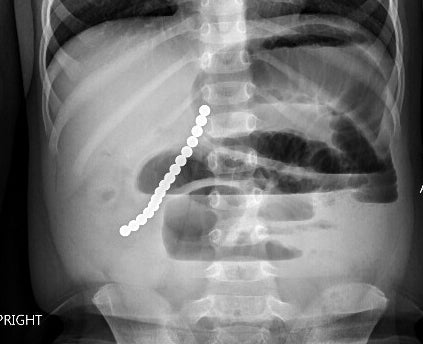