Dr. Frank Sacks, a professor of nutrition at Harvard, likes to challenge his audience when he gives lectures on obesity.

“If you want to make a great discovery,” he tells them, figure out this: Why do some people lose 50 pounds on a diet while others on the same diet gain a few pounds?

Then he shows them data from a study he did that found exactly that effect.

Sacks’ challenge is a question at the center of obesity research today. Two people can have the same amount of excess weight, they can be the same age, the same socioeconomic class, the same race, the same gender. And yet a treatment that works for one will do nothing for the other.

The problem, researchers say, is that obesity and its precursor — being overweight — are not one disease but instead, like cancer, they are many. “You can look at two people with the same amount of excess body weight and they put on the weight for very different reasons,” said Dr. Arya Sharma, medical director of the obesity program at the University of Alberta.

That can explain not only why treatment is so difficult and results so wildly variable, but why prevention efforts often fail.

If obesity is many diseases, said Dr. Lee Kaplan, director of the obesity, metabolism and nutrition institute at Massachusetts General Hospital, there can be many paths to the same outcome. It makes as much sense to insist there is one way to prevent all types of obesity — get rid of sugary sodas, clear the stores of junk foods, shun carbohydrates, eat breakfast, get more sleep — as it does to say you can avoid lung cancer by staying out of the sun, a strategy specific to skin cancer.

One focus of research is to figure out how many types of obesity there are — Kaplan counts 59 — and how many genes can contribute.

Investigators have found more than 25 genes with such powerful effects that if one is mutated, a person is pretty much guaranteed to become obese, said Dr. Stephen O’Rahilly, head of the Department of Clinical Biochemistry and Medicine at Cambridge University.

But those disorders are rare. More likely is that people inherit a collection of genes, each predisposing them to a small weight gain in the right environment, said Ruth Loos, director of the genetics of obesity and related metabolic traits program at the Icahn School of Medicine at Mount Sinai. Scientists have found more than 300 such altered genes; each may contribute just a few pounds but the effects add up in those who inherit a collection of them, Loos said.

There are also drugs that, in some people, can cause weight gain. They include medications for psychiatric disorders, diabetes and seizure disorders, beta blockers to lower blood pressure and slow the heart rate, and steroids to suppress the immune system, for example. People taking them may not realize the drugs are part of their problem. Instead, they blame a lack of self-control as their weight climbs.

Certain diseases also cause weight gain, O’Rahilly noted. They include hypothyroidism, Cushing’s syndrome and tumors of the hypothalamus.

To help people find an effective way to lose weight, obesity medicine specialists say they start by asking if there is an obvious cause for a person’s excess weight, like a drug that can be switched for something else. If not, they suggest patients try one thing after another starting with the least invasive option.

“There are 40 therapies I can throw at a patient,” Kaplan said. “I will try diets and aerobic exercise and sleep enhancement. I have 15 drugs.”

Dr. Caroline Apovian, director of the nutrition and weight management center at Boston Medical Center, said that for most, finding what works “is still trial and error.”

Andrea Gardner, a registered nurse who lives in Weymouth, Massachusetts, is in the midst of that process. She has tried one diet after another, losing weight and gaining it back. She is 5 feet 5 inches tall, and her body, she says, seems to want to settle at a weight of about 185 pounds, which is not acceptable to her.

She continues to work with Apovian, ever hopeful that this time a diet and, she said, willpower will do the trick.

But about 15 to 20 percent of patients respond to measures short of surgery, with response defined as a change in their body weight that is maintained without constant hunger or cravings. While people seldom end up thin, their permanent weight loss is a proof of principle, showing that treatments can lower the weight the brain forces a person to maintain.

The last resort, for those whose obesity is extreme, is bariatric surgery, which elicits a permanent and substantial weight loss in almost everyone.

In the meantime, there is Sacks’ challenge.

His study involved 811 overweight and obese adults, randomly assigned to follow one of four diets and undergo behavioral counseling. The diets ranged over the span of what has become popular. Two diets were low in fat but one low-fat diet was high in protein and the other had average amounts of protein. Two others were high in fat; one of those had an average amount of protein, while the other was high in protein.

The research was designed to determine whether one diet was any better than another and it provided an answer: None of the diets elicited much weight loss on average, and no diet stood out from the others.

But buried in those averages were the outliers: In every one of the four diet groups were a few superresponders who dropped huge amounts of weight and a few nonresponders who lost none. And as soon as his paper on the diets was published, with the conclusion that no diet stood out and none elicited much of a weight loss, he started hearing from people who challenged him.

“People would say, ‘How can you say all these diets have no effect when I lost 100 pounds on Diet X?’ Others would say the same thing about the opposite diet.”

Sacks believes them. He knows people who have defied the odds, including a colleague in his department. “He lost 30 or 40 pounds in the 1970s and kept it off all these years,” Sacks said.

But why him and not someone else following the same regimen?

Every obesity medicine specialist has seen it happen — someone repeatedly tried and failed to lose weight and keep it off. It turned out they were trying the wrong thing. Here are some people who finally found a weight-loss plan that worked:

Connie Anne Phillips’ weight inched up gradually in adulthood and her attempts to control it went nowhere. As publisher and chief revenue officer at Glamour magazine, she was always entertaining clients, hosting them at breakfasts, lunches, and dinners. Weight loss seemed an impossibility.

In 2011, she went to Dr. Louis Aronne, an obesity medicine specialist at NewYork-Presbyterian/Weill Cornell Medicine Center in Manhattan. He suggested a weight-loss plan that would allow her to maintain her lifestyle. The key was a low glycemic load diet, choosing foods to keep her blood sugar from spiking.

“I just had to learn to make the right choices,” Phillips, 51, said.

She learned to eat protein before carbohydrates. It was OK that she loves pasta, but now she precedes it with a piece of broiled fish or grilled chicken.

“Now I would never start my day with a glass of juice and a bagel,” Phillips said. Instead, she has egg whites with vegetables or low fat Greek yogurt.

Twenty pounds melted away and she has kept them off without effort.

A Drug That Combats Cravings 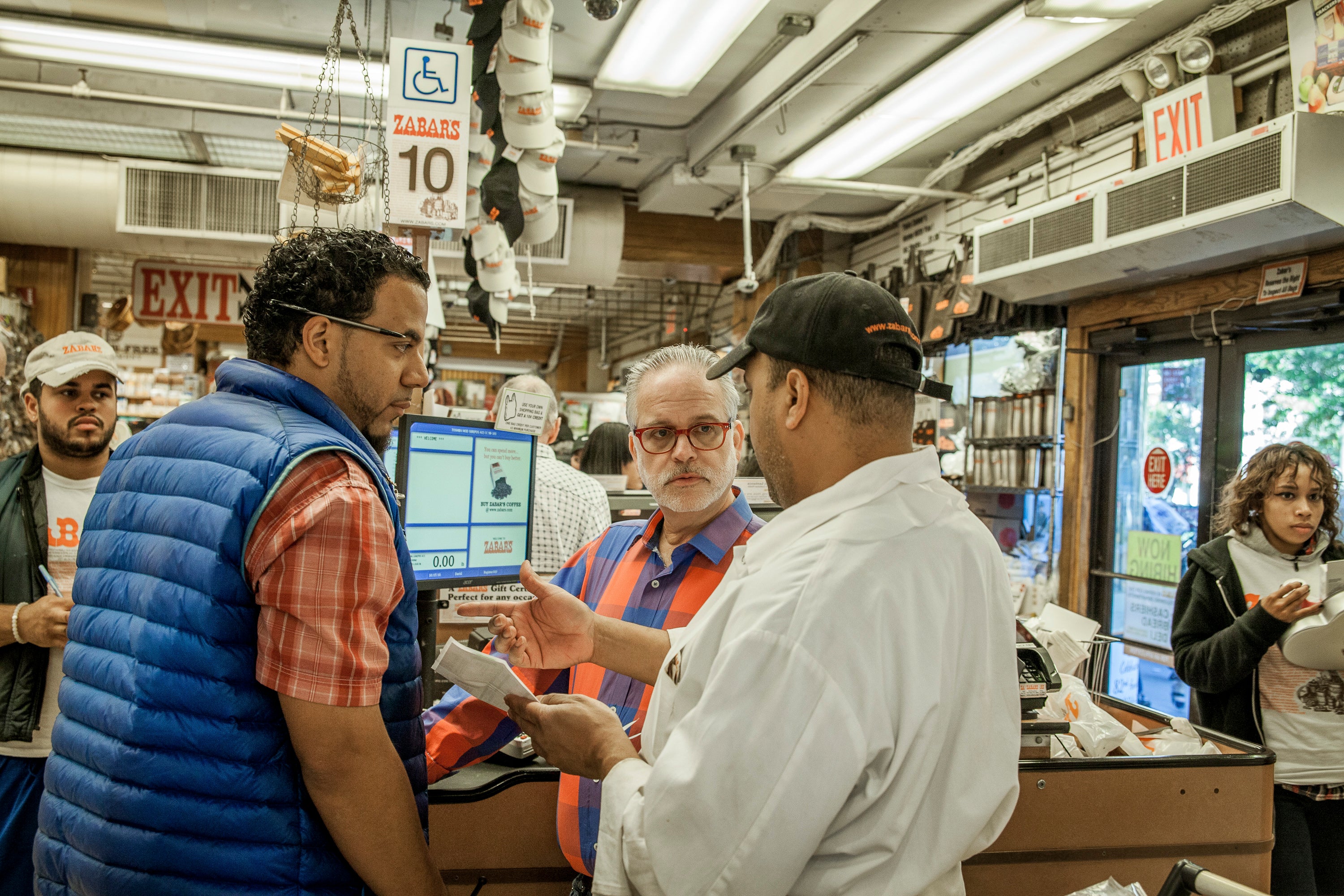 Scott Goldshine, center, with employees at the Zabar’s deli he manages in New York.

When he arrived for his first appointment with an obesity medicine specialist in April 2014, Scott Goldshine was certain his only hope was bariatric surgery. He had been skinny when he was younger — his nickname was Bones — but around age 30 he began putting on weight. and simply could not halt the relentless accumulation of pounds.

So he scoffed when Aronne said, “I think I can help you.”

He was — and still is — the general manager at Zabar’s, a famous New York deli, spending his days around food he loves. And his cravings were relentless.

“I couldn’t go behind the bread counter without taking a couple of slices of bread and a couple of rugala,” he said. But that was only the start. There was the “big fat piece of crumb cake” almost every day. There were the cookies he’d grab from the catering platters. There were the “gigantic sandwiches.”

Customers noticed his weight gain. “They would come up to me and rub my stomach and say, ‘You’re getting fat,’” Goldshine said.

Aronne saw something interesting in Goldshine’s records. He was taking pioglitazone for diabetes, a drug that makes some people gain weight. Aronne replaced it with Invokana, a diabetes drug that can contribute to weight loss — and Goldshine lost a small amount. Then Aronne added a drug that combines bupropion, an antidepressant, and naltrexone, a drug used to combat cravings for drugs like opioids. He chose it, he said, because patients often say it helps turn off constant thoughts of eating.

“I pretty much eat my same diet, but so much less,” Goldshine said.

He lost about 75 pounds, and has kept them off without conscious effort. 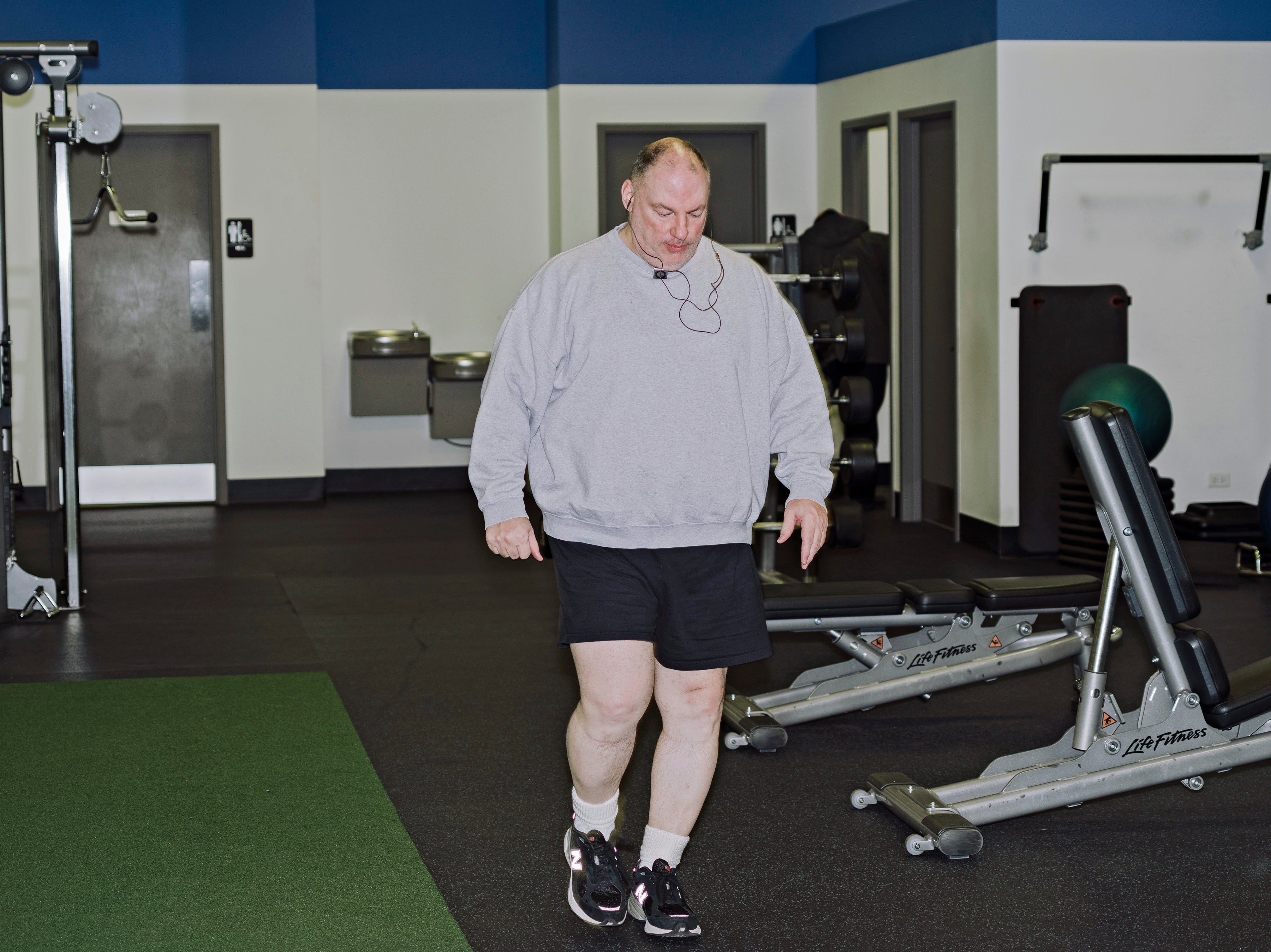 Eric Scarmardo, who with the help of an obesity specialist discovered that rigorous calorie-counting was key to maintaining his weight loss, at a gym in Chicago.

For Eric Scarmardo, 53, a manager at a Chicago prescription benefit management firm, the solution to a frustratingly stubborn weight problem turned out to be blindingly simple. But it took him years to discover it.

His problem began when he was 25 and just out of law school, working, he said, “ridiculous hours” for a large Chicago firm, eating without thinking. Within a year, his weight climbed from about 200 pounds to 220 on his 5-10 frame. Ten years later, he weighed close to 300 pounds.

He tried, repeatedly, to lose weight with elaborate diet and exercise programs that typically lasted about a week.

“The first message was that all that matters is calories,” Scarmardo said. Kushner insisted that Scarmardo keep a detailed log of what he ate, weighing and measuring every morsel.

“It was difficult at first, but now it has become part of my routine,” Scarmardo said. He even asks restaurants to weigh his food before serving it to him – most comply.

A Drug Combination That Controls Appetite 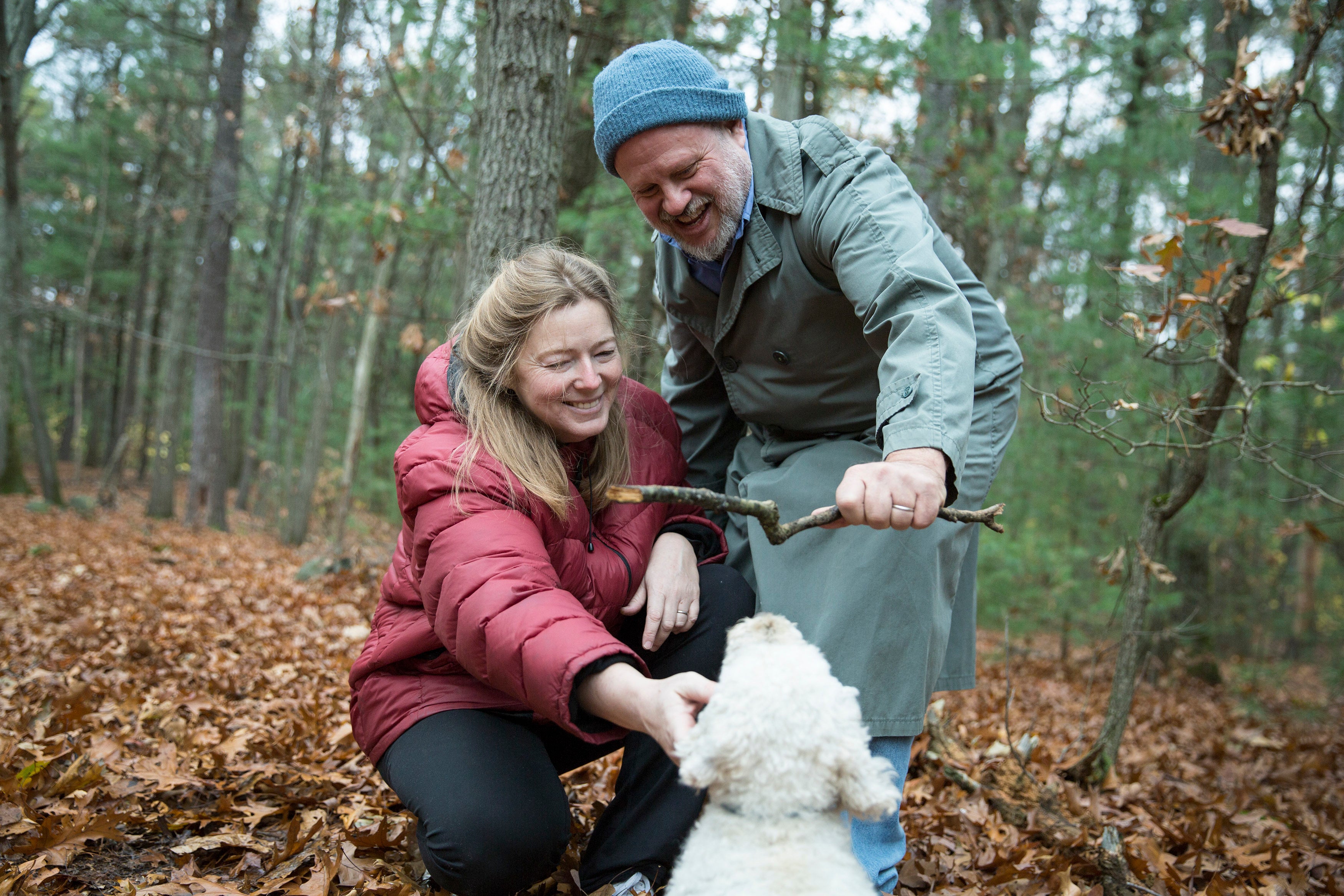 R.C. Binstock, right, and Majka Maciak play with their dog Lucy in Belmont.

R.C. Binstock, a 58-year-old novelist and technical writer in Cambridge, Massachusetts, has always been heavy. He felt ashamed, accepting others’ judgmental views.

So when he went to Dr. Sriram Machineni at Massachusetts General Hospital in Boston two years ago, he vowed that this would be his last attempt before bariatric surgery.

Machineni suggested lifestyle modification. Binstock refused. He was already doing all that and it did not help.

Machineni moved on to medications, trying one after another. Each time the drug would work at first but then Binstock’s food cravings returned.

Eventually, Machineni found a drug combination that had a lasting effect — the diabetes drug metformin, which can have a side effect of weight loss, and lorcaserin, or Belviq, a new weight-loss drug that acts on the brain to control appetite.

Binstock lost 55 pounds and maintained it.

“I was able to see a food I love and say, ‘I am just not going to have that,’” Binstock said.

“I will never be ashamed of my body again, ever,” he said. 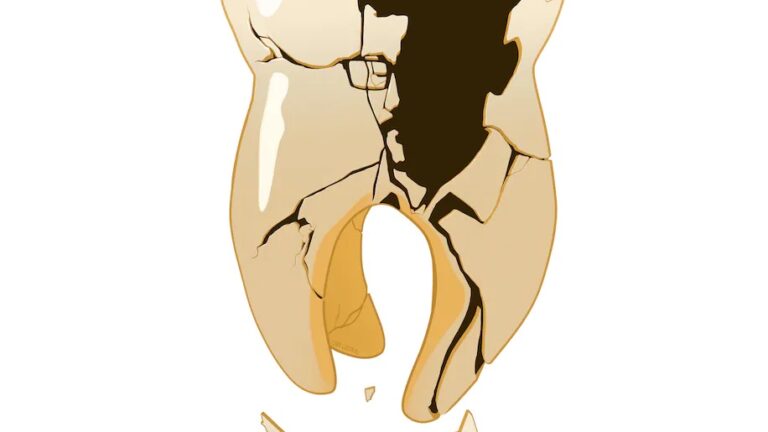