WASHINGTON — When President-elect Donald Trump chose Rep. Tom Price of Georgia to be his health and human services secretary, the American Medical Association swiftly endorsed the selection of one of its own, an orthopedic surgeon who has championed the role of physicians throughout his legislative career.

Then the larger world of doctors and nurses weighed in on the beliefs and record of Price, a suburban Atlanta Republican — and the split among caregivers, especially doctors, quickly grew sharp.

“The AMA does not speak for us,” says a petition signed by more than 5,000 doctors.

Trump and a Republican-held Congress are considering some of the biggest changes to the American health care system in generations: not only the repeal of the Affordable Care Act, which is providing insurance to some 20 million people, but also the transformation of Medicare, for older Americans, and Medicaid, for low-income people. Price has favored those changes.

Seven years ago, the AMA’s support helped lift President Barack Obama’s health care proposals toward passage, and the group has backed the law, with some reservations, since its adoption in 2010. But as Republicans push for its dismantlement, deep disagreements within the AMA, which has long wielded tremendous power in Washington, could lessen its influence.

The concerns voiced by dissident doctors do not appear to imperil Senate confirmation of Price, but they do ensure that his confirmation hearings next month will be as contentious as any held for a Trump nominee, featuring a full public examination of the new president’s proposed health policies.

“Doctors are divided big time,” said Dr. Carl G. Streed Jr., a primary care doctor at Brigham and Women’s Hospital in Boston and a member of the AMA house of delegates, the organization’s principal policymaking body.

The controversy began soon after Trump announced on Nov. 29 that he had chosen Price to head the Department of Health and Human Services, which controls Medicare, Medicaid, the Affordable Care Act’s federal health insurance exchange, the National Institutes of Health, the Food and Drug Administration and the Centers for Disease Control and Prevention.

Within hours, the AMA — the nation’s largest medical advocacy group, which has nearly 235,000 members and calls itself “the voice of the medical profession” — issued a statement saying it “strongly supports” the selection.

It noted Price’s experience as a doctor, a state legislator and a member of Congress. It praised his support for “patient choice and market-based solutions” and his efforts to reduce “excessive regulatory burdens” on doctors.

The enthusiasm was understandable at one level: Price has been a member of the AMA house of delegates since 2005 and was an alternate delegate for a decade before that, according to the AMA and the Medical Association of Georgia.

“For those who are attacking Dr. Price, I have to ask whom you would rather have at the helm of HHS — a career bureaucrat? A former governor who views doctors as a cost center to be controlled?” said Dr. Robert E. Hertzka of San Diego, an anesthesiologist and former president of the California Medical Association. “Tom Price may turn out to be the best friend that physicians and patients have ever had in that role.”

Many doctors are not willing to take that chance. More than 750 people who identify themselves as members of the AMA signed a letter to the association’s board objecting to the endorsement.

The “unqualified support” for Price is inappropriate, the letter says, because he has been “a strong opponent of so much of our clearly delineated AMA policy” on issues like the Affordable Care Act, contraception and gay rights. Some doctors also said patients could be hurt by major changes in Medicare and Medicaid that Price, along with other House Republicans, has advocated.

Dr. Andrea S. Christopher, 32, an internal medicine doctor at the veterans hospital in Boise, Idaho, said she had decided not to renew her AMA membership over the endorsement, which she called especially upsetting to her generation of physicians.

“Dr. Price has been an outspoken opponent of the Affordable Care Act, which has done so much to address the needs of our most vulnerable patients and reduced the uninsured rate to the lowest level on record,” Christopher said.

Dr. Kristin M. Huntoon, a 37-year-old neurosurgery resident at Ohio State University in Columbus, said the group’s support for Price had increased the chances that the Affordable Care Act would be dismantled — and that has put her patients at risk.

Ohio has extended Medicaid coverage to more than 600,000 people under the federal health care law. If that expansion is reversed, Huntoon said, some patients will not receive imaging or treatment at an early stage of their disease, and they are more likely to arrive when tumors have spread to the brain.

“At that stage,” she said, “there’s often nothing I can do for the patient.”

Physicians have long been a focus of Price’s legislative efforts. He led the push to fix widely recognized flaws in Medicare’s formula for paying doctors and supported changes in malpractice laws that could make it easier for doctors to defend themselves. He supported changes in Medicare that would allow doctors to get around fee limits by signing contracts with patients. He has also backed changes in antitrust law that would enhance doctors’ bargaining power in negotiations with insurance companies.

“Pocketbook issues — the economic well-being of physicians — may well be a factor contributing to the AMA’s endorsement,” said Dr. Manan Trivedi, a former Democratic candidate for Congress who is the president of the National Physicians Alliance, a group of 10,000 doctors that opposes Price’s confirmation.

Dr. Patrice A. Harris, the chairwoman of the AMA, strongly defended the group’s actions and suggested that Price could surprise critics as Dr. C. Everett Koop did in the 1980s, when he was surgeon general under President Ronald Reagan. Liberal politicians and women’s groups initially criticized Koop because of his opposition to abortion, but when he stepped down after more than seven years in office, he was widely praised for his role in fighting AIDS and discouraging the use of tobacco.

“We do realize that there is a diversity of opinion on Dr. Price,” Harris said in an interview. “We respect that diversity. We take the concerns that have been expressed by some of our members and by physicians in general seriously.

“Our support for Dr. Price is based on our history with him, his extensive involvement with AMA,” she added. “He’s a longtime member, he’s a delegate. For us, he has always been accessible. He listens, and he really knows how policies impact the delivery of care and the physician-patient relationship.”

Phillip J. Blando, a spokesman for the Trump transition team, said Price had been endorsed by many medical groups and was “uniquely prepared” for the job. “If confirmed,” he said, “Dr. Price will work to restore the patient-doctor relationship and clamp down on government overreach.”

Price has introduced legislation to repeal Obama’s health law, including its expansion of Medicaid and subsidies for the purchase of private insurance. He advocates tax credits to help people buy insurance, greater use of individual health savings accounts and state-run “high-risk pools” for people with pre-existing conditions who might otherwise have difficulty finding affordable coverage.

As a member of the House Budget Committee, and then its chairman, he has supported proposals to shift Medicare away from its open-ended commitment to pay for medical services and toward a fixed government contribution for each beneficiary, which could be used for either private insurance or traditional Medicare. Such proposals could increase costs for some beneficiaries or limit the amount of care they receive, health policy experts say.

In leading efforts to repeal the president’s health law, he is pursuing a goal in opposition to the policies of the AMA. In a 2010 letter to congressional leaders, Dr. J. James Rohack, who was then president of the AMA, said the law took “an important step toward improving the health of the American people,” by “extending coverage to the vast majority of the uninsured” and “improving competition and choice in the insurance marketplace.”

Dr. Samantha G. Harrington, a doctor at Cambridge Hospital in Massachusetts, said she had canceled her AMA membership because she found its endorsement of Price “embarrassing and shameful.”

Dr. Thomas M. Gellhaus, president of the American Congress of Obstetricians and Gynecologists, said Price had “worked closely with us” on many issues. But, he said in a recent letter to the congressman, “some of the bills you supported in Congress would not serve women’s health well.” 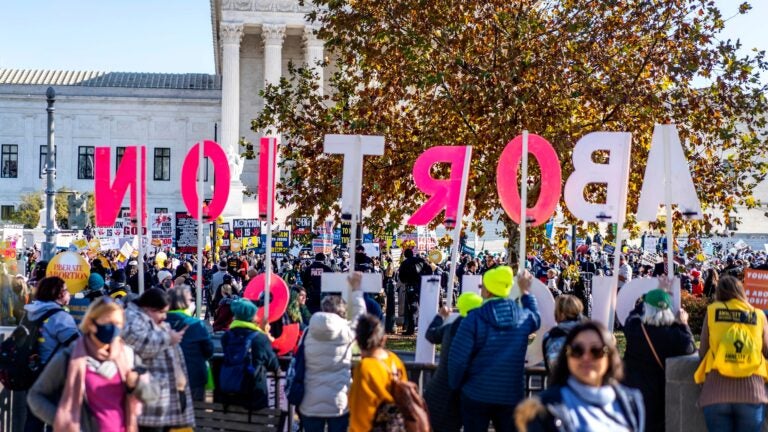