Medical researchers have made what they cautiously characterized as a possible first step toward diagnosing the neurodegenerative illness chronic traumatic encephalopathy (CTE) in living patients, according to an article published Wednesday in the New England Journal of Medicine.

Using an experimental PET scan, researchers from institutions that include Boston University and Mayo Clinic Arizona were able to detect abnormal deposits of tau protein, the key indicator of CTE, inside the brains of living former NFL players. They determined the former NFL players had more tau protein than subjects of similar age who did not play football. To this point, medical professionals have been able to detect tau deposits only when examining a brain after death.

The dense buildup of that substance in abnormal locations is associated with cognitive and behavioral symptoms, including depression, memory loss and decreased executive functioning, that have plagued former athletes and especially NFL and college football players. While the research in the study published Wednesday showed higher tau protein levels in those who had played more years of tackle football, they did not find a relationship between those levels and the patients’ cognitive test performances or moods and behaviors.

Though this research is not a diagnostic tool, it represents a advancement in the road toward individual assessments.

“It’s an exciting positive step toward a diagnosis in the living,” said Chris Nowinski, co-founder and chief executive of the Concussion Legacy Foundation, and a former college football player and professional wrestler. “It’s important to say that it’s not ready for patients, but those of us who are at risk for CTE, including me, are very excited that there are top scientists making progress.”

Researchers administered a pair of PET scans to 26 former NFL players and with symptoms consistent with CTE and 31 men of similar ages (between 40 and 69 years old) without symptoms or histories of traumatic brain injuries.

In one scan, subjects received a flortaucipir marker, a substance that when injected bonds to tau proteins to make them visible under PET cameras. In another scan, they received an amyloid marker, which makes visible plaque buildup associated with Alzheimer’s disease.

By using both markers, researchers were able to suggest the former NFL subjects’ symptoms likely were not due to Alzheimer’s.

“In this case the tau PET scan showed elevations of taus in three primary areas of the brain compared to the control group, and those areas are consistent with where we’d expect to find abnormal tau in the postmortem evaluations for CTE,” said Dr. Robert A. Stern, the study’s author and the director of clinical research at Boston University’s CTE Center.

The findings are the latest research aimed at formulating an diagnostic CTE exam for living patients. Other researchers have experimented with MRI exams and blood markers, among other techniques.

But that goal remains far off, Stern said. The CTE Center plans to observe subjects longitudinally from an ongoing multi-center study funded by the National Institutes of Health to document their symptoms and analyze multiple images of their brains.

“It is indeed an important finding, but it is not an answer,” Stern said. 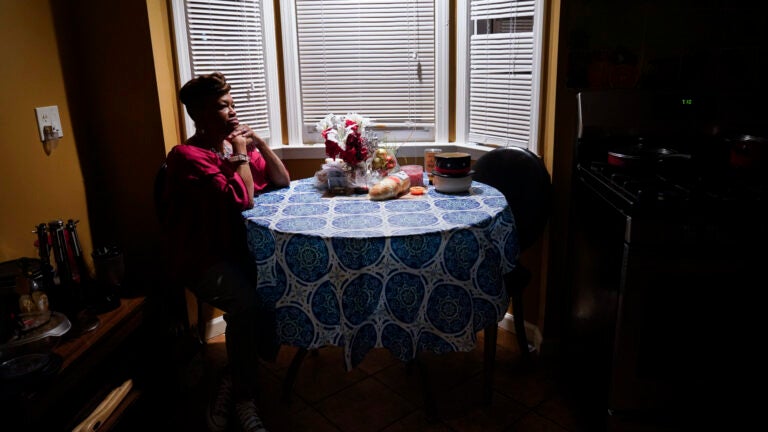