Two new human cases of EEE were confirmed in Massachusetts this week bringing the total this season to seven.

One of the previously announced cases was fatal.

There are now 36 communities statewide at critical risk, 42 at high risk, and 115 at moderate risk.

Massachusetts has seen a disproportionately high number of EEE cases since 2009, second only to Florida. 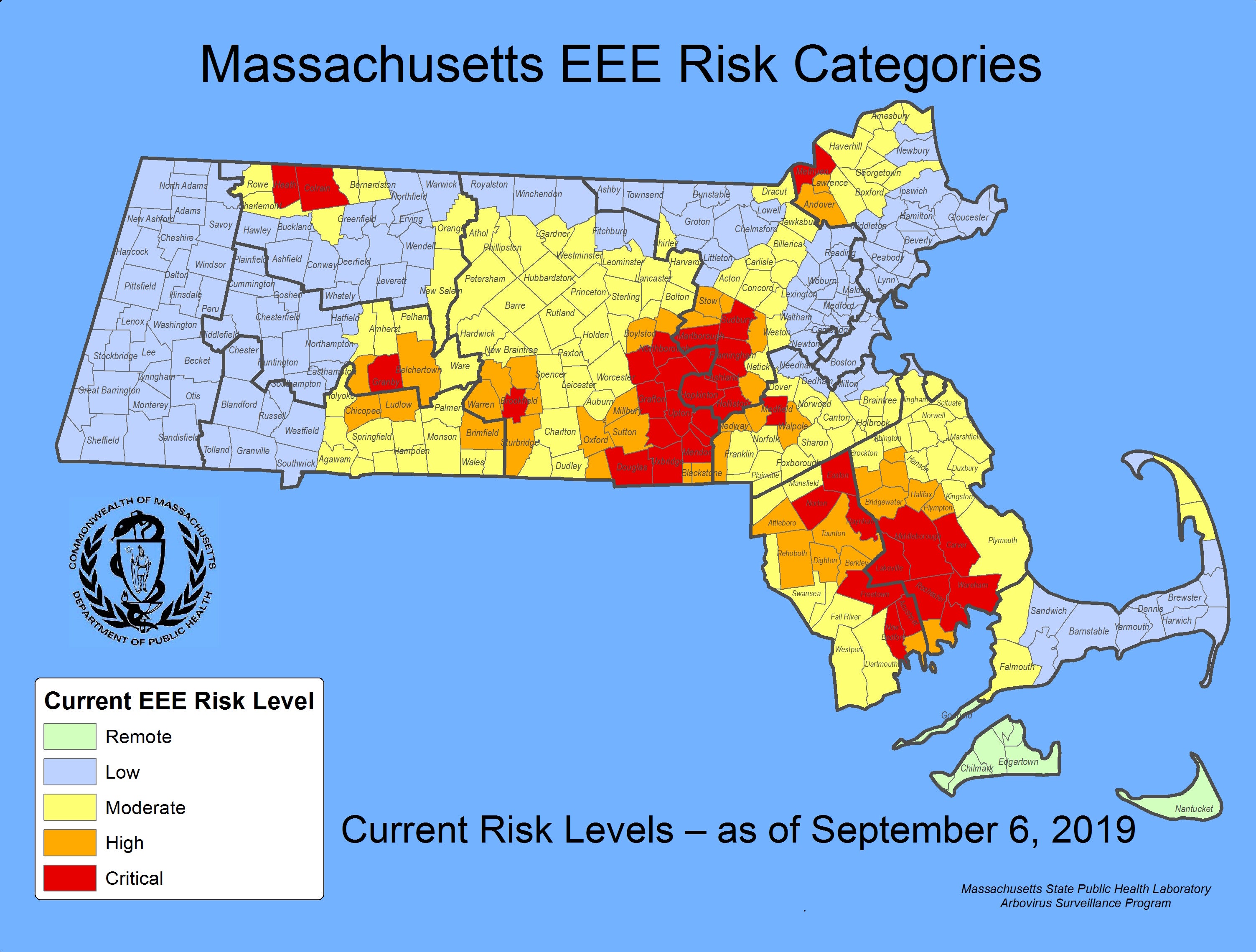