Jennifer Gunter said she nearly fell off her chair when she saw the headline on the University of Utah’s medical center website.

Getting ready for your wedding night with a premarital exam.

Gunter, an OB/GYN and the author of “The Vagina Bible,” says she had never heard of a premarital exam. And, she said, some of the medical advice it seemed to offer was concerning.

In a Sept. 9, blog post, Gunter described what she saw on the University of Utah Health website: the suggestion that a woman schedule a premarital exam “to confirm that her body is ready for sex” and explore using a vaginal dilator, as first reported by the Salt Lake Tribune. The health-care system also suggested a link between condoms and urinary tract infections, and it recommended that women consider getting antibiotics in case they develop a UTI on their honeymoon.

“It seems very patriarchal to me and not scientific,” Gunter told The Washington Post. “And certainly, I’m unfamiliar with any of these practices.”

Premarital exams are considered first gynecological visits where doctors also try to educate women about their sexual health and forge relationships with them. Experts say women learning about their bodies is positive, but that these exams sometimes promote scientifically inaccurate information, make sex sound like a medical condition and imply that women need preparation for sexual intimacy that men do not.

The concept of a premarital exam is largely unique to Utah, where public-school teachers are required to promote abstinence. They are allowed to teach about contraception and preventing sexually transmitted diseases, but cannot encourage the use of contraception or teach the intricacies of intercourse. The demand for premarital exams, experts say, indicates a hunger in the state for earlier and more comprehensive sex education.

Hodson said the fact there’s a need for that kind of an exam in the first place suggests Utah needs to do better in sexual health education.

Referring to a woman’s first gynecological exam as a “premarital exam” caters to terminology that the heavily Mormon population of Utah is familiar with, Hodson said. Many female members of the Church of Jesus Christ of Latter-day Saints, which forbids sexual intimacy before marriage, seek premarital exams to prepare to have sex for the first time. Mothers often pass down the tradition to their daughters.

Although Hodson said she supports the exams’ goal of connecting women with sexual health care, she said she is concerned that some of the commonly used language frames sex as a medical issue, rather than as a normal human activity. Hodson said promoting the use of a dilator, which is unnecessary for most people, is an example of how premarital exams can make sexual intimacy sound like a problem to be solved.

“It’s more of a disease model, rather than, ‘This is a normal, healthy part of life,'” Hodson said. “Like, ‘We need to prepare your vagina in a medical way to make sure sex is okay,’ rather than, ‘Look, people can have really positive first-time experiences.'”

Gunter, the OB/GYN and author, said she thought premarital exams could unnecessarily scare women about sex and that targeting them only to women was patriarchal. She said she also was put off by what she saw as the suggestion that women need to prepare their bodies for sex and that waiting until immediately before marriage was the right time to do so.

“It is true that women may want to come in and get some education about their bodies if they can’t get it somewhere else,” Gunter said. “But to suggest that the only time you would want to get educated about your body is before your wedding night is a little bit more problematic.”

University of Utah Health has revised its main website page about premarital exams since Gunter published her blog post. The page now calls the consultations “sexual health visits” and states that the health-care system does not recommend that women take antibiotics before sexual activity if they do not have an infection. The information about dilators has been removed.

Officials and doctors at University of Utah Health declined an interview request from The Post but said in a statement that their staff seeks to offer relevant, accessibly worded medical information to a variety of communities with different health-care needs.

“Our objective in serving the segment of our patient population that requests ‘premarital visits’ is to inform and educate – and in so doing build lifelong relationships as their trusted health care partner,” Kathy Wilets, a spokeswoman for the health-care system, said in the statement.

Wilets told the Salt Lake Tribune that although the medical term for the consultation is “sexual health visit,” the health-care system started using the phrase “premarital exam” after noticing that women were using that name to ask for the consultations and search for them online.

The website pages about premarital exams were targeted toward “heterosexual women who have remained abstinent from sexual activity, are about to get married and who have questions/concerns about their first sexual experience,” Wilets told the Tribune. The health-care system plans to update its website soon to include information about sexual-health visits for men after seeing an increased interest in the topic, Wilets said.

Tiffany Weber, an OB/GYN at University of Utah Hospital, told the Tribune that many women who seek premarital exams “have misinformation and misconceptions.” The consultations are meant to ensure the patients’ safety as they begin having sex, she said.

The patients only need physical exams if they have particular worries or symptoms, Weber told the Tribune. She said the health-care system’s website previously mentioned dilators and getting prescriptions for antibiotics in case of UTIs even though they are “actually not evidence-based procedures” because patients frequently wanted to talk about them. 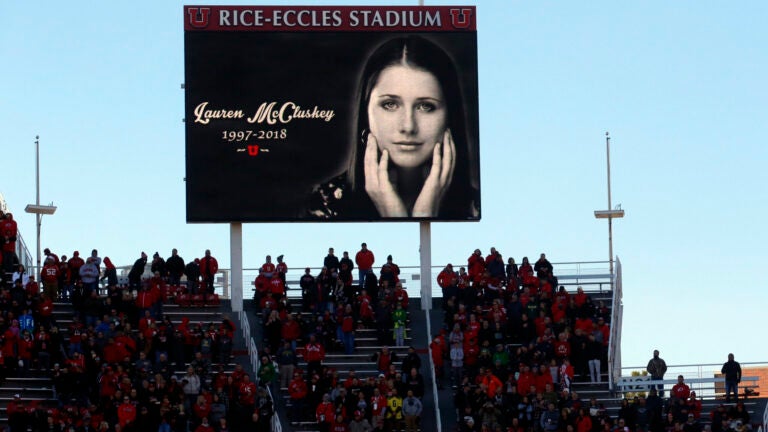