If you needed another reason to grumble about the screeching T under your office, the noisy traffic on your commute, or those flights from Logan Airport whizzing over your house, you have one.

A recent study conducted by researchers at Massachusetts General Hospital and other experts sheds new light on the relationship between noise and cardiovascular events such as heart attacks and strokes.

Researchers say that conduit is the amygdala, the part of the brain that assists in processing emotions and responds to fear and stress.

Think of it this way: When the hairs on the back of your neck stand up, that’s your amygdala doing its job, according to Osborne, who said the deep-brain structure is also a large contributor to the body’s “flight or fight response.”

Osborne said the amygdala triggers nerves connecting the brain to bone marrow, which could increase inflammation, and thereby contribute to cardiovascular events.

While experts have previously known that noise can help stir up those complications, there still remains a lot unknown about how exactly that process happens.

“It makes logical sense, but it hadn’t really been pinpointed” before, said Osborne, a cardiologist at MGH.

Through tomography, researchers studied the brains and arteries of a retrospective cohort of 498 adults over a five-year period. According to Osborne, all of the participants were MGH patients from the New England area, 88 percent of them from Massachusetts.

The study analyzed data from the U.S. Department of Transportation monitoring traffic and aircraft noise for each individual’s home address, according to Osborne. Researchers were able to adjust the findings for socioeconomic factors, air pollution, and existing risk, which can all contribute to cardiovascular disease.

“Over a median of 4 years, 40 of the 498 subjects (8 percent) experienced (a major adverse cardiovascular event or MACE), and when the investigators looked at noise exposure for these individuals, they found that every 5 decibel increase in noise predicted MACE,” a press release from MGH says. “The association between noise levels and MACE remained strong even when they took into account other potential risk factors for (cardiovascular disease).”

Osborne said the study found there is “a very strong relationship” between both noise exposure and amygdala activity and between noise and artery inflammation.

“Basically, we think these findings may provide insights into how noise triggers disease,” he said, adding the study corroborates others conducted in Europe.

The findings open the door to potentially studying new ways to address the issue, such as through therapies to reduce noise exposure, according to Osborne. They also raise questions about whether the mind can be trained so stress reactivity is reduced, and, further down the line, what role medication can play in reducing inflammation, he said.

Researchers are planning to further study the link between noise and other diseases like obesity and diabetes — an effort geared towards creating mitigation techniques, according to MGH.

Osborne said the findings emphasize the need to be aware of the effect noise can have on one’s health.

“I think it’s something that people with pre-existing risk need to be more aware of or at least cognizant of,” he said. 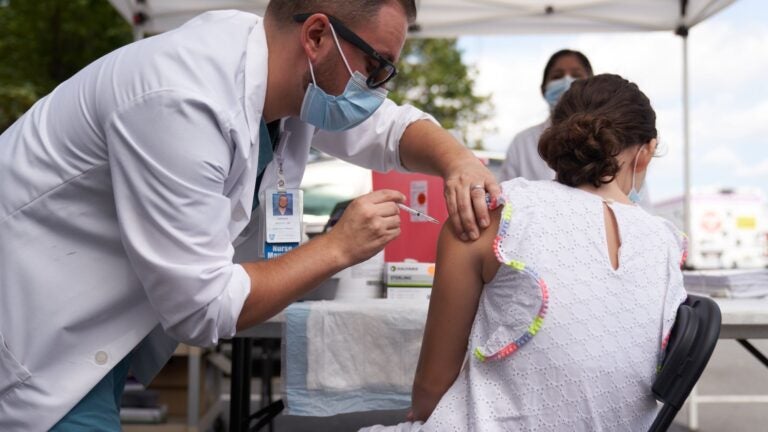