Nearly 1 in 3 high school students has reported using a tobacco product recently, according to a new federal survey released Thursday, evidence that concerns over nicotine addiction among teenagers are not limited to electronic cigarettes.

“The data released today on youth tobacco product use are deeply troubling and indicate that past progress in reducing youth use of these products has been erased,” said Brian King, deputy director of the Office on Smoking and Health at the Centers for Disease Control and Prevention. “These troubling rates of use are being driven by e-cigarettes, which have no redeeming aspects among youth.”

For the sixth year in a row, e-cigarettes dominated students’ choice. Public health officials were concerned that despite wide-scale publicity intended to deter vaping, especially in the wake of recent vaping-related illnesses and even deaths, not only did the practice continue to surge, but students also did not seem to be particularly alarmed about e-cigarettes.

And while e-cigarettes were by far the most popular product, researchers noted that 1 in 3 users, or an estimated 2.1 million middle and high school students, also used an additional tobacco product, such as cigars and cigarettes. Those students reported more symptoms of nicotine addiction than those who used one tobacco product.

Indeed, such indications of nicotine dependence were worrisome, researchers said. Dr. Robert Redfield, director of the CDC, noted that nicotine could harm the developing brain.

“Youth use of any tobacco product, including e-cigarettes, is unsafe,” he said in a statement. “It is incumbent upon public health and health care professionals to educate Americans about the risks resulting from this epidemic among our youth.” 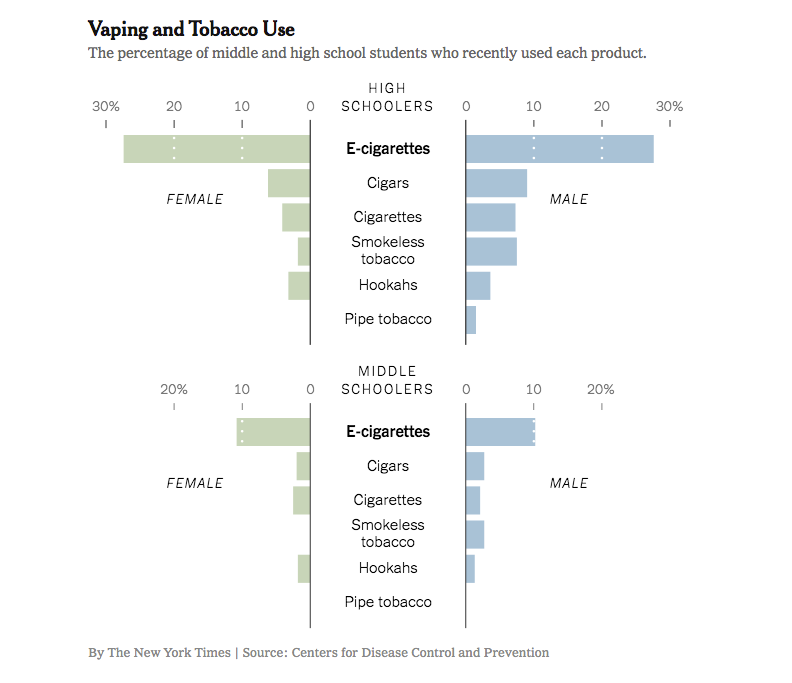 The year-over-year increases in teenage vaping as well as the vaping-related illnesses and deaths have intensified calls for a ban on flavored e-cigarette products that have been extremely popular among teenagers.

On Thursday, the CDC released its most recent numbers on the illnesses, saying that 48 deaths and 2,291 vaping-related hospital cases had been reported across the country. (The agency said it was now limiting its tabulation of cases to patients who needed to be hospitalized.) Most of the illnesses have been attributed to vaping THC products, not e-cigarettes alone.

But an imminent ban seems unlikely. President Donald Trump, who said in September that restrictions on flavors, including mint and menthol, would be imposed, has since backed away from that option.

But according to an analysis of the data published last month in JAMA, high school students who use only e-cigarettes are increasingly turning to menthol or mint-flavored products. In 2016, 16% reported using those flavors, but in the latest survey, 57% said they used them. In contrast, sweet, candylike flavors were becoming less popular, dropping to nearly 35% in 2019 from 54% in 2016.

At a congressional hearing Wednesday, Mitch Zeller, head of the tobacco control unit of the Food and Drug Administration, noted that new information from a separate federal survey should be considered when weighing which flavors should be removed from the market. That survey, by the National Institute on Drug Abuse, found that far more youths who used Juul flavor pods preferred mint than menthol. 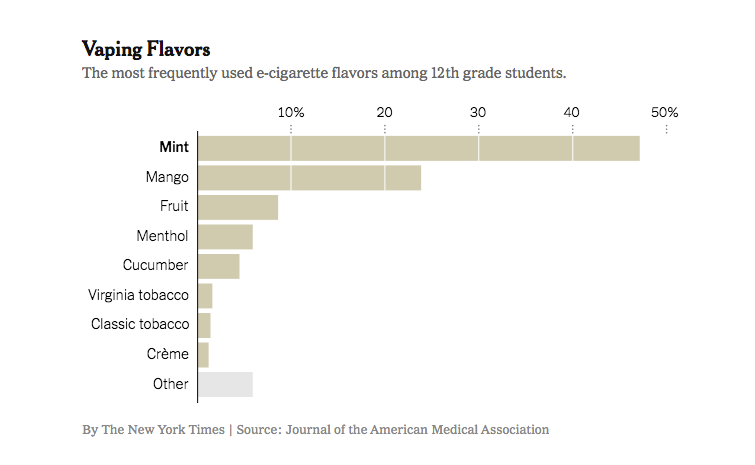 Many students said they did not consider intermittent smoking of any product to be harmful. The National Youth Tobacco Survey found that despite widespread public health efforts to deter students from vaping or turning to any tobacco product, students still reported being steeped in environments that promote tobacco as alluring.

The survey was administered by the CDC and the Food and Drug Administration from February through May of this year to 10,097 high school students and 8,837 middle school students, grades six through 12, which is considered a large representative national sample. 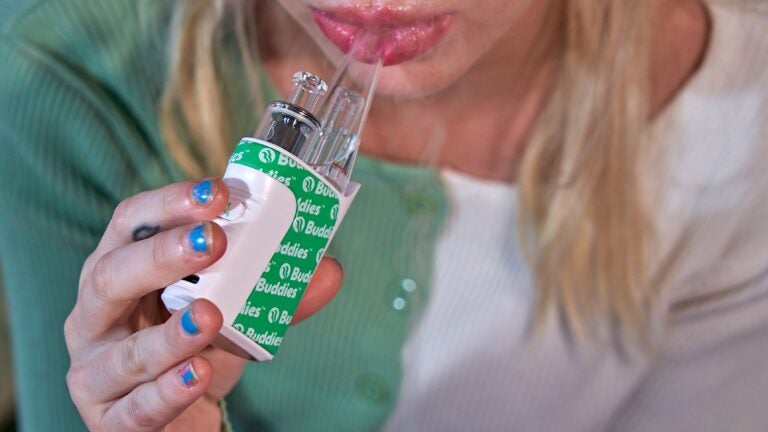