For as long as he can remember, Steven Knapp never felt well.

“That was pretty much true from early childhood,” said Knapp, a self-described “Army brat” who was born in Germany and grew up in Turkey and a half-dozen states, including Georgia where he has lived since high school.

Now 61, the technology writer said that childhood trips to the emergency room were not uncommon. A small and skinny child, he seemed accident-prone. He also had recurrent bouts of bronchitis, episodic nausea and a seasonal cough that was thought to be allergic. But doctors never found anything out of the ordinary.

Instead of outgrowing his problems, they worsened in adulthood. His cough became year-round and was attributed to an asthmalike condition. His digestive problems were chalked up to acid reflux disease or irritable bowel syndrome. One doctor suggested Knapp’s problems might be psychological. Others couldn’t make sense of his disparate symptoms.

More than 50 years would elapse before Knapp learned the reason for his poor health. A referral to a new specialist led to a work-up that yielded a surprising result: a little-known form of a progressive, life-shortening disorder typically diagnosed in infancy.

“I think part of the challenge is that a lot of my symptoms are very common,” said Knapp, who lives in Marietta, outside Atlanta. He said he sometimes feels angry about the years of ineffective treatments he underwent, largely because medical knowledge had not sufficiently advanced until he was well into middle age.

Mostly, Knapp said, “I feel very fortunate that I finally got a diagnosis that seems to make sense.”

Once he hit his 30s, Knapp recalled, his health seemed to nose-dive and he suffered unexplained bouts of exhaustion. But invariably when doctors tested him, he said, “my bloodwork was surprisingly good.”

One of his most perplexing and bothersome symptoms was the chronic cough that had morphed from seasonal to year-round, accompanied by obstructed sinuses. Knapp underwent a tonsillectomy and sinus surgery; neither helped. The lack of improvement puzzled his doctors.

“They would say, ‘It doesn’t seem like asthma, but let’s treat it like asthma’ ” he recalled of the inhaled corticosteroids, a mainstay treatment for asthma, that he took for years to little effect. Knapp also tried acupuncture, massage, a narcotic cough suppressant and Neurontin, an epilepsy drug sometimes used to treat a chronic cough. Only the cough medicine worked.

His gastrointestinal problems were equally bothersome. Knapp suffered from chronic constipation and acid reflux. In 1995 when he was 37, food became lodged in his esophagus while he was eating at a restaurant. A test revealed a stricture or an abnormal narrowing of the esophagus. Knapp underwent a procedure to dilate his esophagus, the first of several he would undergo over the next decade and a half.

In 2013, Knapp said that he and his wife Jo Ann decided to try a low-carbohydrate regimen to improve their health and possibly reduce their chances of developing Type 2 diabetes.

At first the diet, which emphasized protein, healthy fats and vegetables, seemed beneficial.

“I was losing about a pound a day,” Knapp recalled.

Within weeks he noticed something unusual: No matter how much he ate, his weight loss continued unabated.

“I became ravenously hungry,” Knapp recalled. He routinely ate a large predinner “snack” of bacon and cheese an hour before eating a full dinner.

At the same time, his fatigue intensified to the point where he had difficulty climbing the stairs in his home.

“In retrospect, it does seem like I was a bit neurotic” to stick to the diet, Knapp said, adding that he never connected his insatiable hunger to his new regimen. “I can be really disciplined when I commit to doing something.”

Knapp consulted his longtime internist who was alarmed – and out of ideas.

She suggested that he might want to see Cynthia Rudert, an Atlanta gastroenterologist who specializes in second opinion consultations that can take an hour or longer. She does not take insurance.

Knapp decided to make an appointment, even though he would need to pay for his office visits out of pocket. “I felt I had no choice,” he said, “and nothing to lose.”

At their first meeting in August 2013, Rudert took an extensive medical history. She said she remembers being struck by Knapp’s ravenous hunger and his short stature, which might not be genetic. (Knapp’s mother was only 4-foot-10, but his father had been 5-foot-8 and his older brother 5-foot-10).

Knapp had reported that his brother, who had died of esophageal cancer at age 49, had suffered from recurrent pancreatitis, a severe inflammation of the pancreas. The organ, which sits behind the stomach, produces enzymes essential for digestion.

Rudert said she wondered if Knapp’s height and his alarming weight loss were the result of a pancreatic disorder that impairs growth and prevents food from being properly digested and absorbed. It was possible that his long-standing problem had been exacerbated by the low-carb diet.

She was also struck by his long history of unexplained respiratory problems that seemed impervious to treatment.

For the previous three years, Knapp told her, he had been regularly taking a cough suppressant containing hydrocodone because it was the only thing that controlled his cough. In 2005, he had undergone an extensive work-up at a renowned medical center; the cough had been diagnosed as “post-infectious reactive airway disease.”

“I thought, ‘That must be some infection,’ ” Rudert said she remembers thinking.

Her first concern, she said, was to make sure Knapp didn’t have pancreatic or lung cancer.

After testing ruled out both, Rudert told Knapp she suspected he was suffering from exocrine pancreatic insufficiency. The condition, in which the pancreas fails to generate or transport digestive enzymes essential to breaking down food in the intestine, has multiple causes, including celiac disease. It can occur after gastric bypass or other intestinal surgery or as a result of chronic pancreatitis or cystic fibrosis.

Rudert said she suspected that Knapp’s personal and family history, including his sinus problems, refractory cough and the results of various tests seemed to point in an unexplored direction. She thought he might be suffering from a form of cystic fibrosis (CF), also known as atypical CF or mild CF.

Classic CF, the most common inherited disease among Caucasians, is caused by two defective genes, one from each parent. Although known as a lung disease, CF affects other parts of the body, including the sinuses, reproductive tract, pancreas and other digestive organs by producing sticky mucus that blocks them.

For decades, doctors thought that it took two genes to cause the disease. People who inherit only one defective gene were considered carriers capable of passing CF to their children, but were believed to be unaffected themselves.

But in recent years a new view has emerged: Sometimes people who carry genes associated with CF may be affected, but less severely. Cases of atypical CF, which are more likely to be discovered in adolescence or adulthood, may leave the lungs largely unscathed, while impairing the pancreas or other organs. As with classic CF, the severity and course of the illness varies from person to person.

Rudert ordered two tests: a genetic screen for CF and a sweat test. CF impairs the normal functioning of cells that make up the sweat glands and line the lungs, GI and reproductive tracts. People with CF normally have more chloride in their sweat than normal.

Knapp’s sweat test was normal, but genetic analysis revealed the presence of a single gene that is mostly commonly associated with CF: a delta f508 mutation. Rudert believed that Knapp’s long-standing symptoms indicated that he was probably suffering from atypical cystic fibrosis.

“Sometimes these things start off very mild and worsen over time,” Rudert said. “He was on the course where this was gradually getting worse. But nobody connected the dots.” Finally, at 55, Knapp, who has no children, learned the reason for a lifetime of poor health.

Rudert said that she is concerned that adults like Knapp may go undiagnosed because doctors are unaware of the existence of variant forms of the disease.

Knapp experienced this firsthand when he told a neighbor who is a physician that he was undergoing testing for CF.

“I thought that was only diagnosed in children,” he remembered his neighbor saying.

Several months after receiving the results of the genetic test, Knapp became a patient at Emory University’s Adult CF Clinic.

Currently, he undergoes quarterly monitoring of his metabolic and lung function. He also sees Rudert once or twice a year. Despite his continuing cough, Knapp’s lungs are in decent shape. He continues to struggle with digestive problems related to his pancreatic insufficiency. So far, he has managed to avoid other metabolic complications of CF, including diabetes. He estimates that the drugs he takes to manage his condition cost his insurance company about $120,000 annually.

“Fortunately this seems to be progressing slowly,” he said. “So far, it’s a chronic disease I’ve been able to manage. But I still don’t feel well – I just feel less unwell than I did a few years ago. Each day remains a struggle.” 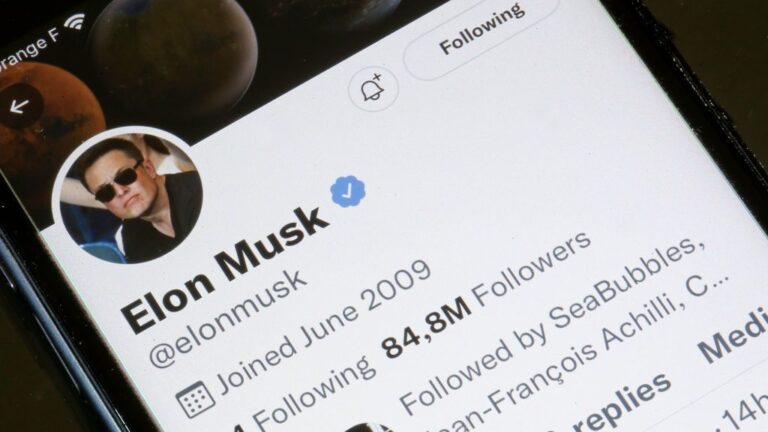