For Alyssa Watrous, the medication mix-up meant a pounding headache, nausea and dizziness. In September, Watrous, a 17-year-old from Connecticut, was about to take another asthma pill when she realized CVS had mistakenly given her blood pressure medication intended for someone else.

For Mary Scheuerman, 85, the error was discovered only when she was dying in a Florida hospital in December 2018. A Publix pharmacy had dispensed a powerful chemotherapy drug instead of the antidepressant her doctor had prescribed. She died about two weeks later.

The people least surprised by such mistakes are pharmacists working in some of the nation’s biggest retail chains.

In letters to state regulatory boards and in interviews with The New York Times, many pharmacists at companies like CVS, Rite Aid and Walgreens described understaffed and chaotic workplaces where they said it had become difficult to perform their jobs safely, putting the public at risk of medication errors.

They struggle to fill prescriptions, give flu shots, tend the drive-through, answer phones, work the register, counsel patients and call doctors and insurance companies, they said — all the while racing to meet corporate performance metrics that they characterized as unreasonable and unsafe in an industry squeezed to do more with less.

“I am a danger to the public working for CVS,” one pharmacist wrote in an anonymous letter to the Texas State Board of Pharmacy in April.

State boards and associations in at least two dozen states have heard from distraught pharmacists, interviews and records show, while some doctors complain that pharmacies bombard them with requests for refills that patients have not asked for and should not receive. Such refills are closely tracked by pharmacy chains and can factor into employee bonuses.

Regulating the chains — five rank among the nation’s 100 largest companies — has proved difficult for state pharmacy boards, which oversee the industry but sometimes allow company representatives to hold seats. Florida’s nine-member board, for instance, includes a lawyer for CVS and a director of pharmacy affairs at Walgreens.

Aside from creating potential conflicts of interest, the industry presence can stifle complaints.

The industry has been squeezed amid declining drug reimbursement rates and cost pressures from administrators of prescription drug plans. Consolidation, meanwhile, has left only a few major players. About 70% of prescriptions nationwide are dispensed by chain drugstores, supermarkets or retailers like Walmart, according to a 2019 Drug Channels Institute report.

In statements, the pharmacy chains said patient safety was of utmost concern, with staffing carefully set to ensure accurate dispensing. Investment in technology such as e-prescribing has increased safety and efficiency, the companies said. They denied that pharmacists were under extreme pressure or faced reprisals.

“When a pharmacist has a legitimate concern about working conditions, we make every effort to address that concern in good faith,” CVS said in a statement. Walgreens cited its confidential employee hotline and said it made “clear to all pharmacists that they should never work beyond what they believe is advisable.”

Errors, the companies said, were regrettable but rare; they declined to provide data about mistakes.

The specifics and severity of errors are nearly impossible to tally. Aside from lax reporting requirements, many mistakes never become public because companies settle with victims or their families, often requiring a confidentiality agreement.

The last comprehensive study of medication errors was over a decade ago: The Institute of Medicine estimated in 2006 that such mistakes harmed at least 1.5 million Americans each year.

Too Much, Too Fast

The day before Wesley Hickman quit his job as a pharmacist at CVS, he worked a 13-hour shift with no breaks for lunch or dinner, he said.

As the only pharmacist on duty that day at the store in Leland, North Carolina, Hickman filled 552 prescriptions — about one every minute and 25 seconds — while counseling patients, giving shots, making calls and staffing the drive-through, he said. Partway through his shift the next day, in December 2018, he called his manager. 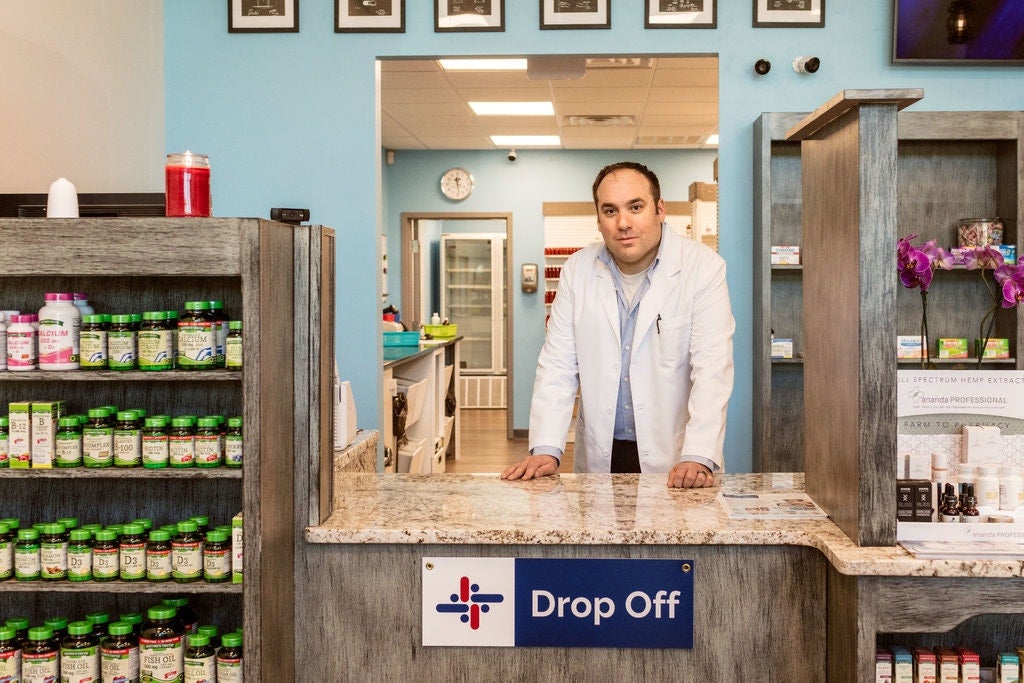 Wesley Hickman, who now runs an independent pharmacy, left a job at CVS because of conditions he described as unsafe.

“I said, ‘I am not going to work in a situation that is unsafe.’ I shut the door and left,” said Hickman, who now runs an independent pharmacy.

Hickman felt that the multitude of required tasks distracted from his most important jobs: filling prescriptions accurately and counseling patients. He had begged his district manager to schedule more pharmacists, but the request was denied, he said.

CVS said it could not comment on the “individual concerns” of a former employee.

With nearly 10,000 pharmacies across the country, CVS is the largest chain and among the most aggressive in imposing performance metrics, pharmacists said. Both CVS and Walgreens tie bonuses to achieving them, according to company documents.

Nearly everything is tracked and scrutinized: phone calls to patients, the time it takes to fill a prescription, the number of immunizations given and the number of customers signing up for 90-day supplies of medication, to name a few.

The fact that tasks are being tracked is not the problem, pharmacists said. The issue is that employees are heavily evaluated on hitting targets, including in areas they cannot control.

The specific goals are not made public and can vary by store, but internal CVS documents reviewed by the Times show what was expected in some locations last year.

Staff members were supposed to persuade 65% of patients picking up prescriptions to sign up for automatic refills, 55% to switch to 90-day supplies from 30-day, and 75% to have the pharmacy contact their doctor with a “proactive refill request” if a prescription was expiring or had no refills, the documents show. 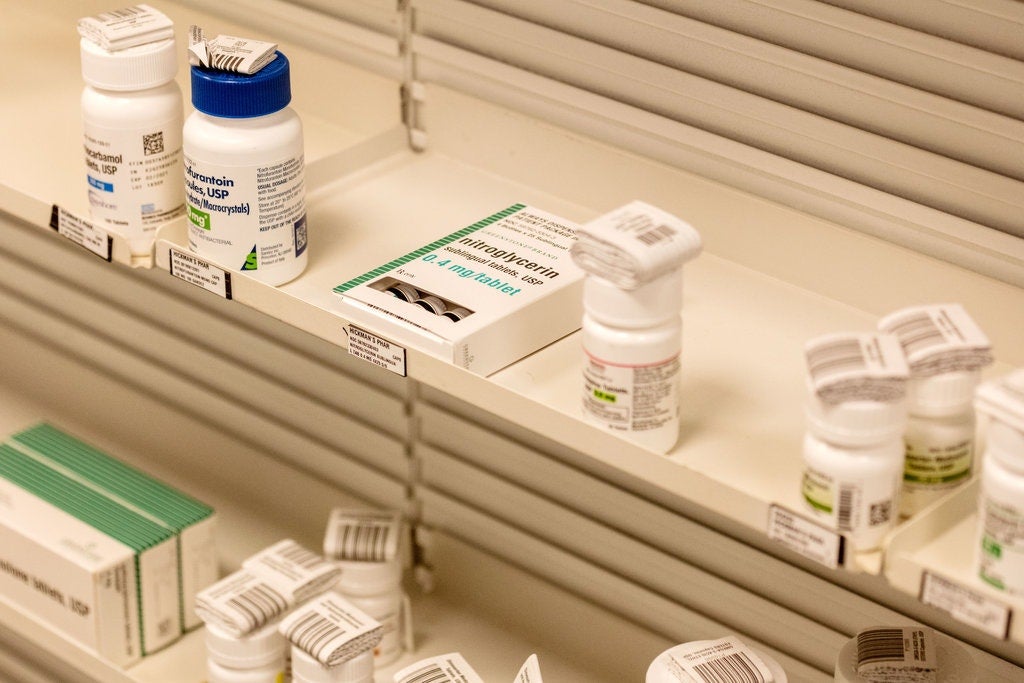 Prescriptions at Dr. Hickman’s pharmacy. When he worked at CVS, he said, longtime patients sometimes signed up for automatic refills as a favor to help him meet corporate metrics.

Pharmacy staff members are also expected to call dozens of patients each day, based on a computer-generated list. They are assessed on the number of patients they reach and the number who agree to their requests.

Representatives from CVS and Walgreens said metrics were meant to provide better patient care, not penalize pharmacists. Some are related to reimbursements to pharmacies by insurance companies and the government. CVS said it had halved its number of metrics over the past 18 months.

But dozens of pharmacists described the emphasis on metrics as burdensome and said they faced backlash for failing to meet the goals or suggesting they were unrealistic or unsafe.

Much of the blame for understaffing has been directed at pressure from companies that manage drug plans for health insurers and Medicare.

Falling Through the Cracks

The American Psychiatric Association has been trying to tackle a problem after hearing from members that CVS was giving patients larger supplies of medication than doctors had directed.

While it is common for pharmacies to dispense 90 days’ worth of maintenance medications — to treat chronic conditions like high blood pressure or diabetes — doctors said it is inappropriate for other drugs.

For example, patients with bipolar disorder are often prescribed lithium, a potentially lethal drug if taken in excess. It is common for psychiatrists to start a patient on a low dose or to limit the number of pills dispensed at once, especially if the person is considered a suicide risk.

But increasingly, the psychiatric association has heard from members that smaller quantities specified on prescriptions are being ignored, particularly by CVS, according to Dr. Bruce Schwartz, a psychiatrist in New York and the assocation’s president.

Dr. Charles Denby, a psychiatrist in Rhode Island, became so concerned by the practice that he started stamping prescriptions, “AT MONTHLY INTERVALS ONLY.” Despite those explicit instructions, Denby said, he received faxes from CVS saying his patients had asked for — and been given — 90-day supplies.

Denby, who retired in December, said it was a “baldfaced lie” that the patients had asked for the medication, providing statements from patients saying as much.

Denby worries that patients may attempt suicide with excess medication. “There are going to be people dead only because they have enough medication to do the deed with,” he said.

Alton James never learned how the mistake came about that he said killed his 85-year-old mother, Mary Scheuerman, in 2018.

He knows he picked up her prescription at the pharmacy in a Publix supermarket in Lakeland, Florida. He knows he gave her a pill each morning. He knows that after six days, she turned pale, her blood pressure dropped, and she was rushed to the hospital.

James remembers a doctor telling him his mother’s blood had a toxic level of methotrexate, a drug often used to treat cancer. But Scheuerman didn’t have cancer. She was supposed to be taking an antidepressant. James said a pharmacy employee later confirmed that someone had mistakenly dispensed methotrexate.

Five days after entering the hospital, Scheuerman died, with organ failure listed as the lead cause, according to medical records cited by James.

James reported the pharmacy’s error to the group. The company acknowledged the mistake and offered a settlement, James wrote, but would not discuss how to avoid future errors.

Last September, James told the Times that Publix wanted him to sign a settlement agreement that would prevent him from speaking further about his mother’s death. James has since declined to comment, saying that the matter was “amicably resolved.”

A spokeswoman for Publix said privacy laws prevented the company from commenting on specific patients.

State boards and legislatures have wrestled with how to regulate the industry. Some states have adopted laws introducing mandatory lunch breaks, for instance, or limiting the number of technicians a pharmacist can supervise.

But the laws aren’t always followed, can be difficult to enforce or can fail to address broader problems.

Often when an error is reported to a board, action is taken against the pharmacist, an obvious target. It is less common for a company to be scrutinized.

California passed a law saying no pharmacist could be required to work alone, but it has been largely ignored since taking effect last year, according to leaders of a pharmacists’ union. The state board is trying to clarify the law’s requirements.

In Illinois, a new law requires breaks for pharmacists and potential penalties for companies that do not provide a safe working environment.

Some states are trying to make changes behind closed doors. After seeing results of its survey last year, the Missouri Board of Pharmacy invited companies to private meetings early this year to answer questions about errors, staffing and patient safety.

CVS and Walgreens said they would attend. 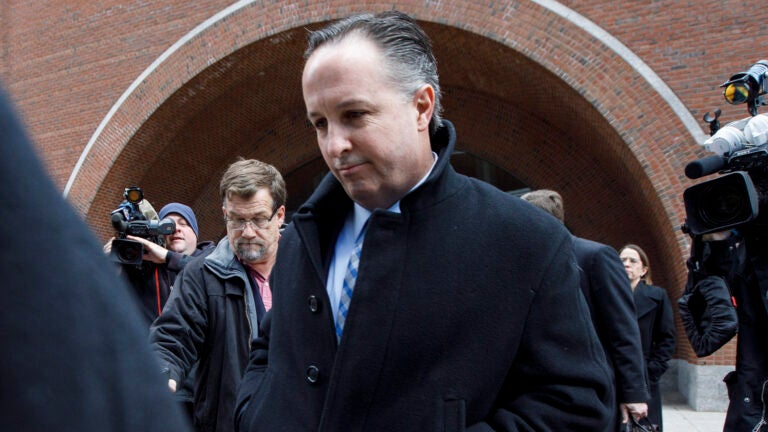