TOKYO – The number of people with coronavirus on a cruise ship in the port of Yokohama nearly doubled to 135 Monday, prompting imperiled crew members to plead for help and setting off debate among experts over whether the more than 3,700 people quarantined aboard should be taken ashore or left on the ship.

Eleven Americans were among the 65 people aboard the Diamond Princess who were newly diagnosed with the respiratory infection, giving the ship the largest number of infections outside China.

“Very soon we will all be infected,” said Binay Kumar Sarkar, an Indian national and one of about 1,000 crew members aboard the ship. Sarkar posted a video on Facebook imploring Indian Prime Minister Narendra Modi for assistance. Everyone, he said in an interview, is “scared who will be next.”

Unlike passengers, crew members are not housed in individual staterooms but are living as many as four to a room. They also are traversing the ship delivering meals, which increases their contact with other people and raises the chances of becoming infected.

Karey Maniscalco, a real estate agent from St. George, Utah, who is traveling on the ship with her husband, said tensions increased as news spread of the sharp jump in the number of people on the ship with the respiratory infection.

It “caused us to be a bit rattled and concerned,” Maniscalco said in a phone call from her room Monday. 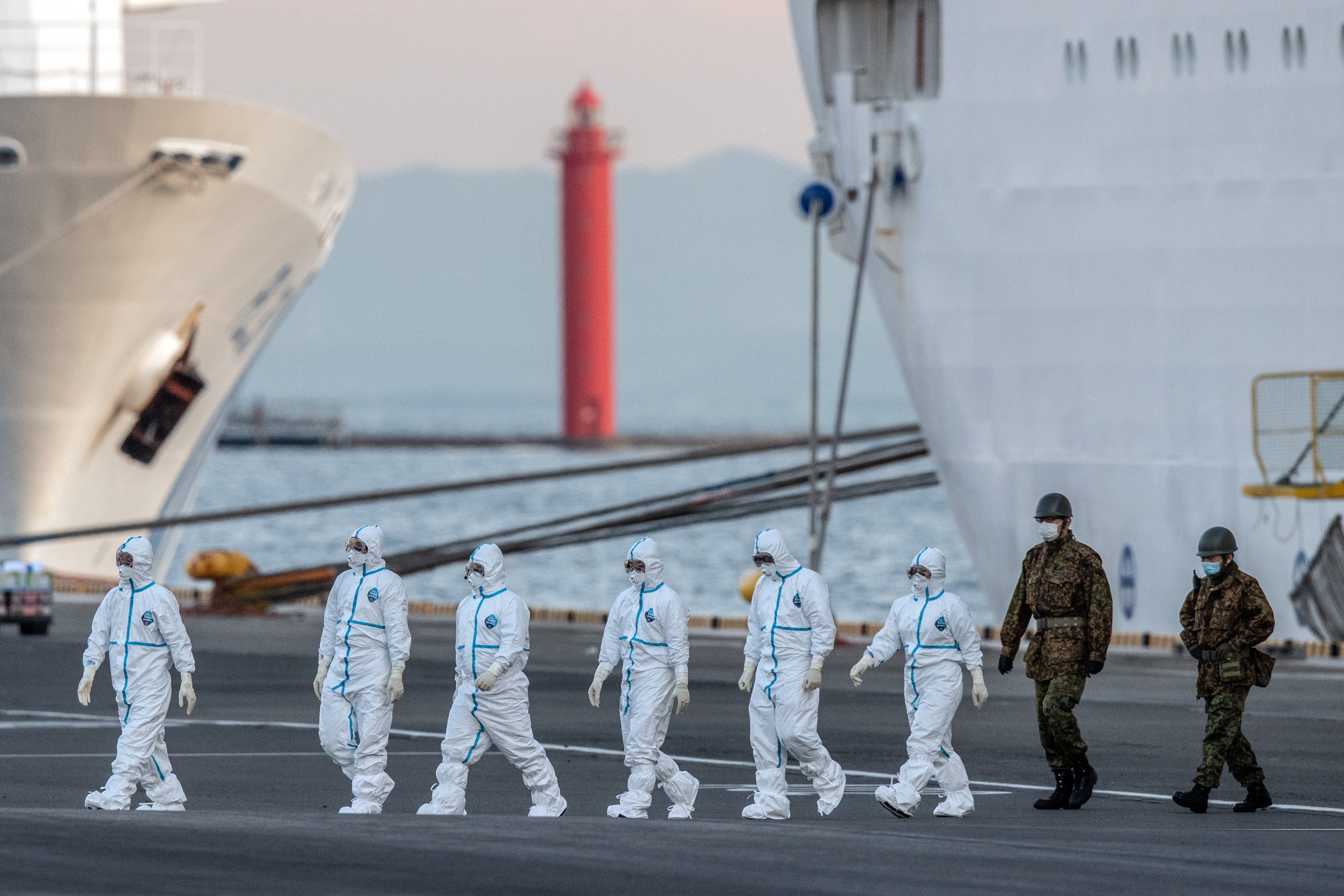 The spike in infections also triggered criticism of Japan’s handling of the outbreak, which was traced to a man from Hong Kong who had spent five days aboard the ship and was diagnosed with the infection Feb. 1. While a quarantine may have been a reasonable strategy when it was imposed Wednesday, experts said it is no longer effective and perhaps dangerous.

“This is almost like a shooting gallery for the virus. It doesn’t make sense and is almost cruel,” said Amesh Adalja, a senior scholar at the Johns Hopkins Center for Health Security.

The initial decision to quarantine the entire ship was an attempt to strike a difficult balance between protecting Japan from exposure and safeguarding the passengers and crew. The infected have been removed from the ship and put in hospitals. But experts argued that the growing number of infections – which now exceeds the number of people with the virus in the rest of Japan – calls for urgent action and a new plan.

They acknowledged that the unprecedented development in the coronavirus crisis defies a simple solution. Experts say the virus is spreading from person to person through coughing and sneezing, but they doubt it can spread through the ship’s ventilation system. It’s also likely, they said, that many who are sick were infected before the quarantine was imposed.

Some said a first step could include beginning to evacuate passengers to keep them from spreading the virus among themselves and give them more space. They might be quarantined in hotels, one said.

“The approach that is being taken currently is no longer effective, nor is it ethical,” said Tom Inglesby, director of the Hopkins Center for Health Security. “It appears that there is an ongoing risk of transmission on the ship and we’re now exposing healthy people to people who have the disease. This approach is no longer effective in ending the spread, or interrupting the spread.”

The cruise ship company, Princess Cruises, said that because the quarantine was imposed a few days ago, “it was not unexpected that additional cases would be reported involving individuals who were exposed before the start of the quarantine. The quarantine end date remains at February 19, unless there are any unforeseen developments.”

The large number of infections has prompted calls for everyone aboard to be tested for the virus. Japanese Health Minister Katsunobu Kato said Monday that the ministry was looking into the feasibility of testing everyone before they are discharged, to ensure that they do not spread the virus around Japan or elsewhere.

Later, Chief Cabinet Secretary Yoshihide Suga said that, under current circumstances, testing everyone would be “difficult.” He did not explain why. Last week, a Japanese government official said the country has the capacity to test 1,000 people a day.

An official with the U.S. Department of Health and Human Services said Monday that an infectious-disease specialist from the Centers for Disease Control and Prevention is en route to Tokyo to help with the cruise ship crisis. The official was not authorized to discuss the assistance and spoke on the condition of anonymity. The official was not aware of any plans to begin evacuating the Diamond Princess.

Passengers aboard the ship are confined to their rooms, most of which range from 168 to 354 square feet. They are let out for short periods to get some fresh air on the decks, where they try to keep their distance from one another.

Even under normal circumstances, crew members on Princess Cruises ships are expected to work 10 to 13 hours a day, seven days a week, on contracts that range from four to 10 months, according to the cruise line’s online question-and-answer section about life on board.

Crew members who aren’t in management positions typically share a cabin with one, two or three roommates. They eat in dedicated cafeterias and spend downtime in crew-only areas, including a pool, gym, bar and communal center.

On Friday, Princess spokeswoman Negin Kamali said in an email that crew public areas were not available “due to restrictions in place by the Japanese Ministry of Health.”

Maritime attorney Michael Winkleman, who has sued cruise lines, said Monday that he has been hearing from passengers and crew on the Diamond Princess.

“I’ve been contacted by crew members who are absolutely terrified of being stuck on that ship,” he said. “In particular folks that are in the bar department that are having to clean the dirty dishware from the food that’s being delivered to the cabins.”

The newly diagnosed cases announced Monday included Japanese nationals, Australians, one Briton, one Canadian, Filipinos, one Ukrainian and the 11 Americans, Princess Cruises said in a statement.

Overall, the coronavirus has killed more than 1,000 people and sickened more than 40,000, the majority of them in central China. The United States has had just 12 confirmed infections.

Peter Rabinowitz, co-director of the University of Washington MetaCenter for Pandemic Preparedness and Global Health Security, said the traditional public health measure of staying at least six feet away from another person to stop the spread of the virus may not be possible, particularly for the crew. Food delivery also poses a risk of transmission.

“It’s a real dilemma, and I think it’s testing the limits of public health measures to prevent a disease like this,” Rabinowitz said. “It does not appear that the transmission is dying off. It’s time for a real assessment to see if controls are working and anything can be done to improve the control of the problem.”

The source of new infections is still unclear. Many people on the ship may have been infected before the quarantine began and could be showing symptoms now, as the disease incubates. But the virus also could be spreading, particularly if the crew doesn’t have sufficient training or protective equipment, experts said.

While some passengers have expressed concern about the ship’s ventilation system, public health experts noted that the virus spreads through respiratory droplets and that authorities have found no evidence of the virus spreading through ventilation or air-conditioning systems in other locations.

Michael Mina, an infectious-disease expert and epidemiologist at the Harvard T.H. Chan School of Public Health, said one option for the government is to start controlled evacuations of people off the ship.

“It’s a really tricky situation,” Mina said. “If they can reasonably and carefully manage to deboard the ship and get them into hotel rooms, I think that would be optimal. The question is, what’s it going to take to do that?” 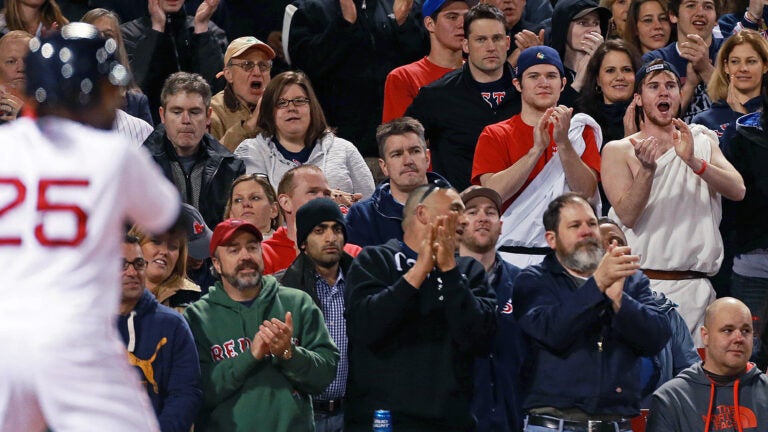