Anxiety surrounding the deadly novel coronavirus outbreak in China has stoked fears and generated a new wave of discrimination against Asian communities, leading to rumors and myths around the globe.

And Boston is not exempt.

In Chinatown, restaurants and shops have suffered from declining business once the first case of the virus also known as COVID-19 was confirmed in Massachusetts.

Have you seen or experienced any form of discrimination as a result of the Coronavirus outbreak? What preventative measures are you taking? Leave a comment below this story, or share your story to [email protected].

“The coronavirus epidemic globally has injected a lot of fear and anxiety all across the world but frankly has (also) injected a level of blatant or overt discrimination as well,” City Councilor Michelle Wu said this week. “I’m hearing often from parents of kids who are hearing comments from their classmates about who brought it here and this and that, and folks who are on the subway and because they’re Asian American, are experiencing people acting differently and kind of keeping more space.”

Even when the Lunar New Year season is usually drawing crowds to the historic neighborhood for the festive celebrations, eateries are empty and store lines are nonexistent, she said.

“It’s completely empty,” Xuehua Gong, co-owner of Gourmet Dumpling House, told WBUR last week. “We still have business, but compared to before, it has really gone down a lot.”

But even in the nearly two weeks since local health officials announced that a Boston man was found with COVID-19, the risk of contracting the virus here remains low, according to the state Department of Public Health.

The truth about contracting coronavirus

There are several known coronaviruses, ranging from the common cold to severe acute respiratory syndrome, or SARS.

Since COVID-19 first reared its head in China’s Hubei Province in December, 63,851 people in the country have been infected, and at least 1,380 people have died, The New York Times reports.

While there is still more researchers must learn about how exactly COVID-19 came to be, known coronaviruses have either been transmitted from animals or identified on animals and have not yet reached humans, according to the World Health Organization.

WHO said it’s “likely that an animal source from a live animal market in China was responsible for some of the first reported human infections” of the latest coronavirus. Experts recommend avoiding “direct, unprotected contact with live animals and surfaces in contact with animals” and refraining from eating raw or undercooked animal products.

As for how the novel coronavirus spreads among humans, it’s not much different than other coronaviruses.

COVID-19 is a respiratory virus that “spreads primarily through contact with an infected person through respiratory droplets generated when a person, for example, coughs or sneezes, or through droplets of saliva or discharge from the nose,” according to WHO.

“It’s important to note that how easily a virus spreads person-to-person can vary. Some viruses are highly contagious (like measles), while other viruses are less so,” the Centers for Disease Control and Prevention says. However, there is still more to investigate about how exactly the COVID-19 virus functions.

Symptoms range from mild to severe, including fever, coughing, and shortness of breath to pneumonia, kidney failure, and death, respectively, WHO says. It can take between two and 14 days for symptoms to appear after exposure.

Those most at risk of contracting COVID-19 are people in close contact with animals and folks who are caring for infected patients, according to the organization. People outside of China who are infected are those who recently traveled from there or who are “living or working closely with those travelers, such as family members, co-workers or medical professionals caring for a patient before they knew the patient was infected,” WHO says.

Technically speaking, people of all ages can become infected, although cases have shown that older people and patients with pre-existing medical conditions — diabetes, asthma, and heart disease — “appear to to be more vulnerable,” the organization says.

It is unclear how long the virus can survive on surfaces, but officials say preliminary information seems to indicate it could survive at least a few hours. Disinfectants can kill the virus, WHO says.

While there is no vaccine to protect against the virus, experts say the public should take the same steps it would to prevent catching the flu.

“It is important that everyone practice good respiratory hygiene. For example, sneeze or cough into a flexed elbow, or use a tissue and discard it immediately into a closed bin,” WHO says. “It is also very important for people to wash their hands regularly with either alcohol-based hand rub or soap and water.”

On Feb. 1, the Boston Public Health Commission and the DPH announced a Boston man in his 20s who returned from Wuhan, China tested positive for COVID-19. The man was isolated after seeking medical care not long after his arrival in Massachusetts, officials said.

On Friday, the DPH re-affirmed that the risk of contracting the virus remains low in the state and said it is not recommending that people wear medical masks while in public.

The myths surrounding the virus

The following methods, techniques, and remedies are not effective in preventing or fighting against COVID-19, according to WHO:

Furthermore, WHO says people should not attempt to use ultraviolet disinfection lamps to kill the virus because the radiation can irritate the skin.

And while contact with animals is believed to have played a role in the initial outbreak in China, there is currently no evidence that pets such as cats or dogs can be infected with COVID-19, according to WHO.

(For the curious: the initial strain of the virus may have been transmitted by bats. But pangolins — ant-eating mammals that are imported to China for use in medicine and food — have been considered a potential host as of late, although ultimately, it is “far from clear” whether that is true, the Times reports.)

WHO also says it’s perfectly safe for people to receive mail from China because coronaviruses cannot survive long on objects like packages and letters.

As far as Boston’s Chinatown is concerned, the neighborhood does not pose a particular threat for contracting the virus, Caitlin McLaughlin, a spokesperson for the Boston Public Health Commission, said earlier this week.

“We understand there is a lot of fear and uncertainty about this worldwide outbreak,” McLaughlin said. “We want to stress that, although the risk to the general public is low, anyone can get this virus and become sick. The chances of contracting novel coronavirus are as low in Chinatown as in any other part of the city.”

And no, coronavirus has nothing to do with Corona beer, either. 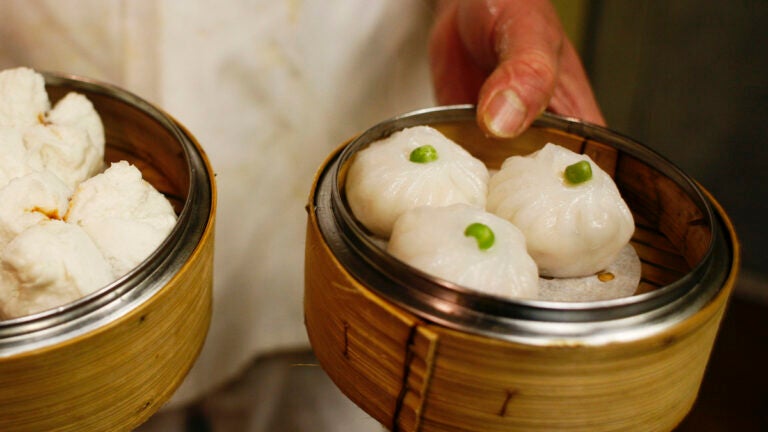