BOSTON — When an employee of the Dartmouth-Hitchcock Medical Center in New Hampshire showed signs of possible coronavirus last week, a medical worker who had examined him told him to avoid contact with others, pending further tests. Instead, he went to a mixer at a crowded music venue.

Three days later, he was confirmed as the state’s first coronavirus case.

And now a second case has been confirmed — a “close contact” of the patient’s — raising new questions about what should happen when suspected coronavirus patients ignore requests to self-quarantine.

The man, who had come down with flulike symptoms after a trip to Italy, has now been officially ordered by New Hampshire’s health commissioner to isolate himself at home.

“The individual is complying now,” said Jake Leon, communications director for the New Hampshire Department of Health and Human Services.

News that a health care worker could have exposed students at the event last Friday night, a mixer for doctors and Dartmouth College students, swiftly reverberated on the nearby campus.

Students learned of a possible exposure in an email sent out by the university Tuesday, which revealed that a man who later tested positive for coronavirus had attended the mixer held for students at the college’s Tuck School of Business on Feb. 28. The event occurred on the same day that the federal Centers for Disease Control and Prevention had issued a new Italy travel advisory, warning all those who had recently been to the country to stay home and monitor their health for 14 days.

Across the country, thousands of travelers returning from places with substantial outbreaks of the virus have been asked to stay home and avoid contact with others for 14 days, a request that largely relies on the honor system. As the virus spreads, many worry that the recommendations are not always followed.

In the New Hampshire case, the man went to the doctor Friday with a fever and respiratory symptoms and was tested for a range of possible ailments, health authorities said. Doctors advised him to quarantine himself, but did not test him for coronavirus until Monday, after other viruses were ruled out. He arrived at the social event hours after the warning Friday.

Dartmouth College officials, in a message to students, said an investigation was underway to trace the close contacts of the individual, and said no Dartmouth students were considered close contacts to the patient at this time. It was unclear whether the second patient who tested positive had attended the mixer or was exposed at another time.

“The general vibe is we are all pretty concerned that this medical professional showed up to the event, despite being told to self-isolate,” said Christie Harrison, a first-year Tuck student who sang with the band that performed at the mixer Friday night. She estimated that about a hundred business school students attended, along with 30 or 40 resident physicians associated with Dartmouth-Hitchcock, an academic medical center located near Dartmouth College.

“We all were just excited to have one of the last few parties of the quarter and be off campus,” Harrison said. She said investigators appear to have made efforts to trace those who interacted with the man at the mixer, and have asked them to self-quarantine. Those who did not interact with him, like herself, were simply told to monitor their health and alert authorities if they came down with symptoms, she said.

“The college was really great at communicating all of that to us, in a timely manner,” Harrison said. “The college has been really transparent with us throughout the process.”

Gunnar Esiason, a Tuck student who considered going to the mixer Friday night, but did not, said he nonetheless felt distressed about the potential exposures because he has underlying health issues. “In my opinion, it is shocking that a health care worker would do this, if it is in fact true,” said Esiason. He has since left campus and was planning to take exams remotely.

The mixer was hosted at the Engine Room, a music and comedy venue in White River Junction, just across the border in Vermont. According to a message on the club’s Facebook page, owners received a call from Dr. Benjamin Chan, an epidemiologist with the New Hampshire Department of Health and Human Services, informing them that an individual who tested positive for coronavirus had attended the event Friday night. Vermont health authorities had also been in touch.

The management said it was in the process of professionally cleaning the facility and had canceled at least three events that were to be held there this week.

Angry patrons wrote back on Facebook that the coronavirus patient should be jailed or fined.

But it appears that the patient was under no legal obligation to stay home at the time. Under New Hampshire law, a person who refuses to comply with a formal isolation order issued by the health commissioner is guilty of a misdemeanor. In other states, refusing to comply is a felony. But on Friday, the patient had not been diagnosed, and had merely been advised by a health care worker to stay home. The formal isolation order was issued after the mixer, after the patient was tested Monday and the results were determined “presumed positive,” state authorities said.

New Hampshire officials have made clear in their public statements that they feel the patient acted irresponsibly. But he does not appear to have broken the law.

“You can’t bring criminal charges for being a bonehead or just not doing what you were told was advisable to do,” said Wendy Parmet, faculty director of the Center for Health Policy and Law at Northeastern University. “It’s not illegal to ignore the advice of your health care provider, or even the health department, until officials follow the particular procedures to issue a formal health order, and those procedures vary by state.”

There is a downside to punishing a single individual in such a case, she said.

“We certainly don’t want people to think that they shouldn’t get tested because if they do, they’ll open themselves up to criminal liability, or a policeman at the door enforcing quarantine,” she said. “Those are consequences that deter testing, treatment and compliance.”

The second New Hampshire patient who tested positive for coronavirus, also a man from Grafton County, is also under isolation at home. 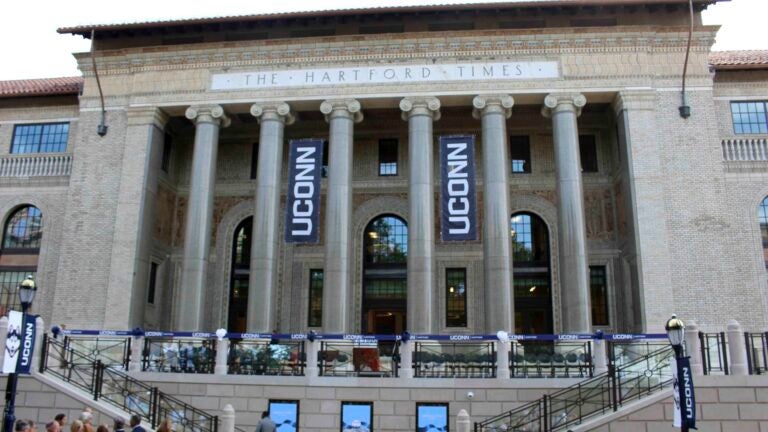