Hanna Griffiths did not underestimate COVID-19. She was an early adopter of social distancing, wanting to keep it away from her family. Yet the 33-year-old West Roxbury resident got it nonetheless, and is still feeling its effects.

Griffiths, who recently shared her story with Boston.com, said that she first began noticing symptoms on Friday, March 13. After an intense two weeks, she called this past Sunday a “turning point,” but she’s still far from completely over it.

“When I’m standing and I get up and do something — and when I say ‘do something’ I mean let the dog out or brush my teeth — it takes me 30 minutes of lying down to get back to a point where I don’t feel like I’m basically going to have a heart attack,” Griffiths explained in a phone call on Monday.

Her experience, as has been the case for so many, differs from others who have also had COVID-19. As she noted, her family — her husband, Stephen, and their 2-year-old son, Keegan — have remained asymptomatic.

For Griffiths, the virus attacked her lungs in a way that isn’t simply going to disappear immediately.

“I think I thought until this morning that I would wake up one day and it would just be gone,” she said. “Like I would wake up and just feel better, like you do from most illnesses. This morning I’m really kind of realizing that my lungs are pretty damaged and that it’s going to take me a little bit of time to actually recover from this. I otherwise feel fine. My lungs just feel absolutely terrible.”

How she thinks she got COVID-19

Her husband is a UPS driver, and Griffiths thinks his workplace may have been the source for her.

“UPS still has really done nothing to protect its drivers,” said Griffiths. “They’re actually, as of this week, finally starting to deal with the repercussions of that. They have drivers coming down sick like crazy.

“What I think happened, best I can tell, a couple of people who work in the office at UPS and had been on vacation came back with fevers and ‘pneumonia symptoms,’ and came to work on Monday the 9th and were sent home. Those people touched all of the drivers’ stuff.”

The timeline of how her symptoms worsened

“On Friday the 13th, I got a sore throat and I didn’t really think anything of it,” she said. “I had a sore throat over the weekend, and I was just feeling crappy. Tired, slow, just lethargic.”

By Wednesday, March 18, Griffiths said she had a “tightness” in her chest, but added that she “couldn’t tell if it was something or if I was just anxious about what was happening.”

Originally, her plan for later that week and the weekend (March 21-22) was to watch her friend’s son while her friend gave birth. When Griffith began feeling tightness in her chest that Wednesday, she called her friend to say that “there’s something off” and she shouldn’t watch her son.

“We basically scrambled and her stepmom ended up coming up from Connecticut to watch the 2-year-old while she had the baby, which was really lucky because on Saturday, that’s when things got much more significant on my end,” Griffiths recalled.

Initially, Griffiths sought a test for COVID-19 on Wednesday, March 18, but was told she wasn’t eligible. By the time her symptoms were significantly worse on Saturday, March 21, the circumstances had changed.

“That’s when I called my doctor and they said they wanted to see me,” she said. “They said I was no longer eligible for the drive-through testing, that they needed to listen to and X-ray my lungs.”

A notable aspect of Griffith’s experience is that her official COVID-19 test came back negative, but her doctor “has no doubt” that she has it.

It offers a glimpse at the difficulty of testing, and how it isn’t always a precise measuring stick.

“My doctor called me on the following Wednesday (March 25) and said, ‘Based on your physical exam, we are confident that you have it,’ but the Quest Diagnostics test is roughly 70 percent accurate, which is the test that I received,” said Griffiths.

“Actually — going back and forth with her over email — they’re looking to do immunity testing on me to confirm, but she said she has no doubt based on my physical presentation that I have it. And she said that it’s really more common, like I said, 30 percent of all testing that comes up negative are actually false-negatives. That’s what she told me.”

How she described the worst of COVID-19

Griffiths was able to ride out the virus from home, but said that there were times when she was sure she would have to go to the hospital. The shortness of breath and tightness in her chest became excruciating.

“There were days where I thought, ‘I’m drowning, this is it, I have to go to the hospital,'” she recalled. “And I don’t want to take resources away from hospitals for people who need care more than me.”

The effect on her lungs was the most intense part. Griffiths, who said she had pneumonia in 2019, explained the differences in the two illnesses.

“It just feels like my lungs are tiny,” Griffiths continued. “It’s unlike any illness I’ve ever experienced. It’s very, very bizarre having limited lung function without congestion.”

Beyond the physical effects of the virus, Griffiths relayed how a global pandemic causes a unique psychological strain.

“But luckily,” she added, “I think I’m beyond that stage.”

The emphasis that COVID-19 had on Griffith’s lungs shaped her experience fighting the illness. But it was a tool she was able to get from a friend that helped her keep from panicking even in the worst moments.

“I was able to get a portable pulse oximeter from a nurse friend down the street,” she recalled. “And basically my doctor and my nurse friend said, ‘As long as your pulse oximeter is above 91, you can stay home.’ It hung out at 93, 94 all week and even at moments where I would be lying there and thinking, ‘Oh crap, this is it. It’s got to be really low,’ and I could check it, and I would feel like I was drowning, but I would check it and I would know that my body had enough oxygen.”

Though pulse oximeters are currently in short supply, Griffiths said that those who can get them should use them to help stay calm.

“I would say that if people can get access to a pulse oximeter so that they can check that and just make sure that they’re OK, that can add a lot of peace of mind and keep them at home and out of the hospital, and leave the hospital for people who are in need,” she said. “You start to really think in these moments of gasping for air that you really need to go to the hospital and a little bit of rational data from the pulse oximeter can really reduce the panic a lot.”

Her advice to those who still aren’t social distancing

Griffiths said that since she had been “bedridden for a week-plus now,” she’d spent plenty of time on social media. One observation she made was seeing plenty of photos of people still out of their homes. 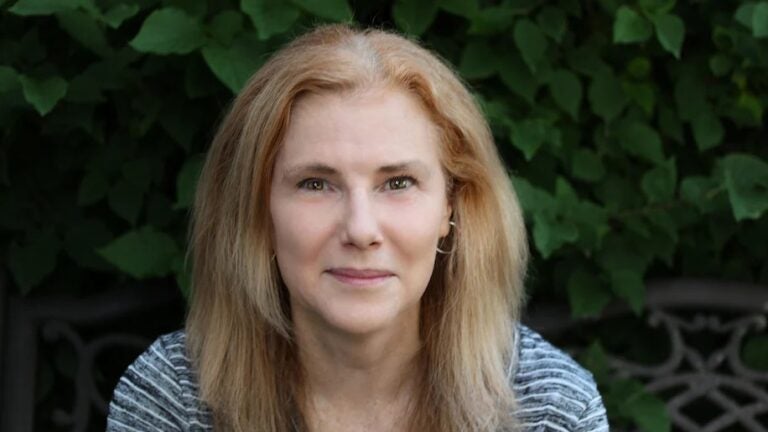 Her unexplained jitteriness and weight loss were telling clues