Prisoners awaiting trial in Massachusetts should be released as a result of COVID-19, unless prosecutors can prove they present an “unreasonable” danger to the community or flight risk, the Massachusetts Supreme Judicial Court ruled Friday.

This came after the Committee for Public Counsel Services, the American Civil Liberties Union of Massachusetts, and the Massachusetts Association of Criminal Defense Lawyers filed an emergency petition before the state Supreme Judicial Court. The report noted that correctional facilities can be “petri dishes,” largely because physical distancing and vigilant hygiene are impossible.

That logic prompted the SJC to take action and provide some clarity on a widely discussed issue. Video calls will be used to determine the validity of release requests for the foreseeable future.

“We agree that the situation is urgent and unprecedented and that a reduction in the number of people held in custody is necessary,” the SJC wrote in a release. “We also agree with the Attorney General and the district attorneys that the process of reduction requires individualized determinations, on an expedited basis, and in order to achieve the fastest possible reduction, should focus first on those who are detained pretrial who have not been charged with committing violent crimes.”

“We urge every branch of Massachusetts government to do what it can to save the lives of people inside Massachusetts detention facilities, and in so doing to keep all of us safer,” he said.

The SJC decision came after an inmate at the Massachusetts Treatment Center (MTC) in Bridgewater who died after suffering a stroke Thursday tested positive for COVID-19, the state Department of Correction said Friday.

Officials said the inmate was a man in his 70s with underlying health conditions who had been incarcerated with the DOC since 2014 and held at MTC since 2016. He did not show symptoms of COVID-19, according to the department.

The prior day, another inmate at MTC had died while hospitalized with the coronavirus.

The man, who was in his 50s and had underlying health conditions, had been incarcerated with the DOC since 1993, according to officials. He had been held at the treatment center since 2018.

As of Friday, there were 25 inmates with confirmed virus cases: 23 at the Bridgewater facility and two at Massachusetts Correctional Institution-Shirley, according to the DOC.

Fifteen department staffers have also been diagnosed with COVID-19, and two members of the prison system medical provider staff have also been confirmed with the virus, one at MTC and another at MCI-Framingham, the DOC said.

Barun Mathema, a Columbia University infectious disease epidemiology professor, said Saturday morning on CNN that the spread of coronavirus in prisons could seep into the general public. He said prisoners are more likely to have chronic conditions and other infections, which puts them more at risk than most.

Barun Mathema, an epidemiology professor, tells @smerconish that prisons are risky for spreading coronavirus — and could spill over to the general population.

“Prisons themselves can really incubate infections so that a large number of individuals can be infected.” pic.twitter.com/Ia7Cblq56w

Mathema previously studied the spread of tuberculosis in Brazilian prisons, and he told CNN’s Michael Smerconish he learned that prisons and jails are prime places to acquire infections. That can cause a “spill-over effect” to the general public, he said, at least as it pertained to tuberculosis.

“Prisons themselves can really incubate infections so that a large number of individuals can be infected,” Mathema said.

Christopher Gavin and the Associated Press contributed to this story. 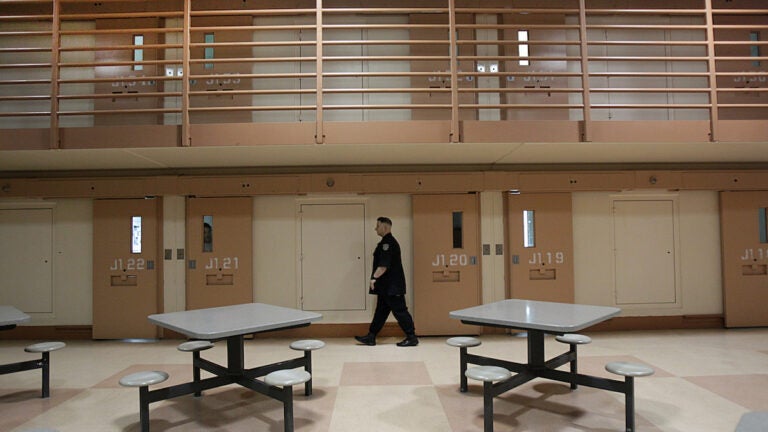 The push to reduce incarcerated populations in Mass. amid COVID-19 is growing. Here’s how.