When will life return to normal, or at least a new normal?

A major answer to the question of when — and how — Americans can return to public places like work and school could depend on something called an antibody test, a blood test that determines whether someone has ever been infected with the coronavirus.

People who are believed to be immune may be able to safely return to work. It would be especially important to know which health care workers are protected from getting infected and could continue to care for sick people.

The Centers for Disease Control and Prevention recently announced that it would begin using antibody tests to see what proportion of the population has already been infected.

“Within a period of a week or so, we are going to have a relatively large number of tests available,” Dr. Anthony Fauci, the leading infectious disease expert in the U.S., said Friday morning on CNN.

He said the White House coronavirus task force was discussing the idea of “certificates of immunity,” which could be issued to people who had previously been infected.

“As we get to the point of considering opening the country,” Fauci said, “it is very important to understand how much that virus has penetrated society.” Immunity certificates, he said, had “some merit under certain circumstances.”

The idea of providing proof of immunity to allow workers to return to their jobs is being considered in many countries, including Britain and Italy. But as with any test, they are not perfect, and there have been problems with their accuracy.

Here’s what we know — and don’t know — about these tests.

What exactly is a serology test?

A serology test looks for signs of an immune response — in this case, to the new coronavirus.

When your body encounters a virus, it takes some time for it to recognize the invader and begin to scale up an immune response. Immune molecules called antibodies are a crucial part of this response.

There is a third type of antibody, called IgA, that is present in mucosal tissues — like the inner lining of the lung. IgA is known to be important for fighting respiratory infections such as influenza and is likely to be central in coronavirus infections, too.

Many of the tests being developed look for levels of all three antibodies; some look for just IgM and IgG, and still others test for only one type.

What can these tests tell us? And what can’t they?

Let’s begin with what they can’t tell us. Because the antibodies come up so late, these tests are not helpful for diagnosing an early infection. “For that they are useless,” said Dr. Florian Krammer, a virologist at the Icahn School of Medicine at Mount Sinai in New York.

The tests are more effective at detecting the presence of antibody responses across large numbers of people, not just to determine who is immune but how widely the virus has spread in the population.

Between 25% to 50% of people who become infected may never develop symptoms, and some may become only mildly ill. Others may have known they were sick but could not get tested. Serology tests would be able to identify these people and help scientists better estimate the death rate of COVID-19, the disease caused by the virus.

“We don’t currently have good numbers for the numbers of people who are infected now, much less people who were infected before who were never tested,” said Dr. Angela Rasmussen, a virologist at Columbia University in New York. “So it’s really important from an epidemiological perspective to do these types of serology assays.”

Governments around the world are also hopeful that serology tests can tell them which people are protected from reinfection and can safely go back to work. Knowing the full scope of the pandemic would help them decide when to end social isolation measures and allow businesses and schools to reopen.

Tracking the rise and fall of antibody levels may also enable scientists to back-calculate the dates of infection and help them predict whether the virus shows seasonal fluctuations.

I’m pretty sure I had the coronavirus already. Can I take a test and go back to work?

Not yet. Most of the tests being developed offer a simple yes-no answer to the question of who has antibodies and who was exposed to the virus. But simply having antibodies is no guarantee of immunity.

“Being immune means that if you’re exposed to the virus, your immune system will clear the virus out before it can establish a productive infection,” Rasmussen said.

Some people — because they had mild or no symptoms, for example — might have developed antibodies that are too weak to prevent reinfection. Conversely, others who have low levels of IgG may still be protected.

That’s because antibodies are just one well-understood piece of the immune response. Immune cells called T-cells may also be involved. “A lot less is known about how these different parts of the immune system work together to provide protective immunity,” Rasmussen said.

Some tests, like one developed by Krammer, offer not just a yes-no answer but a clearer picture of the antibodies’ ability to neutralize the virus.

Plasma from people who have strong antibodies is being used to treat people who are unable to mount an immune response.

When will serology tests be widely available?

Some are already available and being used, but it’s the early days, and it’s unclear how good they are. Last week, the Food and Drug Administration granted an emergency use authorization to one such test. But others are being used in research projects and by hospitals.

In March, the FDA allowed developers to begin to sell or use antibody tests without first getting the agency’s permission, once the companies had done their own evaluations to ensure the tests were accurate and reliable. Since then, more than 70 test developers have notified the agency that they have serological tests available. But the agency said some companies have falsely claimed that their tests were FDA-approved or falsely claimed they could diagnose COVID-19.

The CDC’s project is one of dozens. The World Health Organization is also planning to test large numbers of people in multiple countries. Some universities, townships and countries have begun testing on their own as well.

But “serological tests are plagued with issues,” Rasmussen said, and problems are surfacing even as these tests proceed.

False positives in particular are dangerous because they can lull people into believing they are immune when they are not and becoming exposed to the virus. “Certainly if somebody thinks that they’re protected and they’re not, that would be a problem,” Rasmussen said.

If someone is immune to the virus, how long will the immunity last?

This is a new virus, and so we have no way of knowing exactly how long immunity to the virus will last. Our best guess comes from looking at its cousins, the common cold coronaviruses as well as the more dangerous ones that caused severe acute respiratory syndrome and Middle East respiratory syndrome. Immunity to these viruses persists anywhere from one to eight years.

The best way to find out, Krammer said, is to follow people with and without the antibodies and see when they might become reinfected. “Those are the studies that are now needed,” he said. “They will take time.” 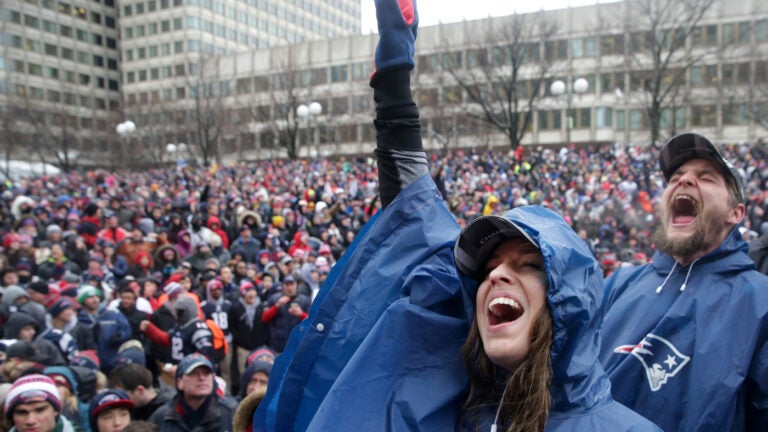 First Opinion: The ‘certified recovered’ from Covid-19 could lead the economic recovery