NEW YORK — Fifteen children, many of whom had the coronavirus, have recently been hospitalized in New York City with a mysterious syndrome that doctors do not yet fully understand but that has also been reported in several European countries, health officials announced Monday night.

Many of the children, ages 2 to 15, have shown symptoms associated with toxic shock or Kawasaki disease, a rare illness in children that involves inflammation of the blood vessels, including coronary arteries, the city’s health department said.

None of the New York City patients with the syndrome have died, according to a bulletin from the health department, which describes the illness as a “multisystem inflammatory syndrome potentially associated with COVID-19.”

The syndrome has received growing attention in recent weeks as cases began appearing in European countries hit hard by the coronavirus.

“There are some recent rare descriptions of children in some European countries that have had this inflammatory syndrome, which is similar to the Kawasaki syndrome, but it seems to be very rare,” Dr. Maria Van Kerkhove, a World Health Organization scientist, said at a news briefing last week.

It was not immediately known whether children in other parts of the United States have come down with this illness. New York City has been the center of the pandemic.

COVID-19, the disease caused by the coronavirus, tends to be much more dangerous for older people and those with underlying health conditions. Children are less likely to become seriously ill than adults. But some do. In New York City, six children have died of COVID-19, according to data from the health department.

Reports of children sick with the unexplained syndrome in New York City have been circulating for several days, but Monday’s bulletin was the first time the city’s health authorities warned doctors to be on the lookout for patients who might have it.

The bulletin said that most of the 15 children had a fever and many had a rash, vomiting or diarrhea. Since being hospitalized, five of them have needed a mechanical ventilator to help them breathe, and most of the 15 “required blood pressure support.”

“The full spectrum of disease is not yet known,” the bulletin said. Of the 15 patients, most either tested positive for the coronavirus or were found, through antibody testing, to likely have been previously infected.

The city’s health commissioner, Dr. Oxiris Barbot, said in a statement: “Even though the relationship of this syndrome to COVID-19 is not yet defined, and not all of these cases have tested positive for COVID-19 by either DNA test or serology, the clinical nature of this virus is such that we are asking all providers to contact us immediately if they see patients who meet the criteria we’ve outlined.”

“And to parents,” she added, “if your child has symptoms like fever, rash, abdominal pain or vomiting, call your doctor right away.”

Conjunctivitis, or inflammation of the eye, and swollen lymph nodes are also symptoms of Kawasaki disease.

The health department identified the 15 patients by contacting hospital pediatric intensive care units across the city in recent days. “Only severe cases may have been recognized at this time,” the bulletin said.

The 15 patients were all hospitalized on or after April 17.

WNBC-TV previously reported that Mount Sinai Kravis Children’s Hospital had treated some patients believed to have this syndrome — and that some had developed heart problems and low blood pressure.

Zucker, the state health commissioner, was asked last week about reports of toxic shock in younger patients. He responded that officials were aware that the virus attacks different organs, including the lining of blood vessels, something some doctors believe may be contributing to blood clots in some coronavirus patients.

“What we have been seeing is that there are some children who may have an inflammation of those blood vessels, and are developing a toxic-shock-like syndrome,” he said, adding that he had spoken to number of hospital directors about a small number of cases.

On Monday night, Zucker reiterated that state health officials were aware of multiple cases of this syndrome in New York City hospitals, and that he had spoken with medical providers statewide about it.

Zucker said the state health department was also looking at possible Kawasaki cases in children and adolescents in Europe, which were the subject of an international webinar last weekend.

“So far, from what we understand, this is a rare complication in the pediatric population that they believe is related to COVID-19,” Zucker said, adding, “We are following it very closely.”

Pediatricians in several European countries, including Italy, Britain, France and Spain, have reported dozens of cases of children presenting these kind of symptoms.

No deaths have been recorded, and although many of the children tested positive for the coronavirus, others didn’t.

In Italy’s northern town of Bergamo, a hot spot for the outbreak, one hospital had 20 cases in April alone. In four Parisian hospitals, 20 children were hospitalized with inflammatory heart conditions, and in Britain, over a dozen children with such symptoms have required intensive care.

Spain has recorded a few dozen cases throughout the country, and Switzerland and Belgium have reported a handful.

Pediatricians have urged families whose children have high fever, rashes or stomach pains to call doctors immediately. Some have said they were concerned that parents might not take their children to the hospitals because of the pandemic.

As those countries are weighing how to reopen schools, health experts said the small number of these unusual cases shouldn’t prevent authorities from doing so. 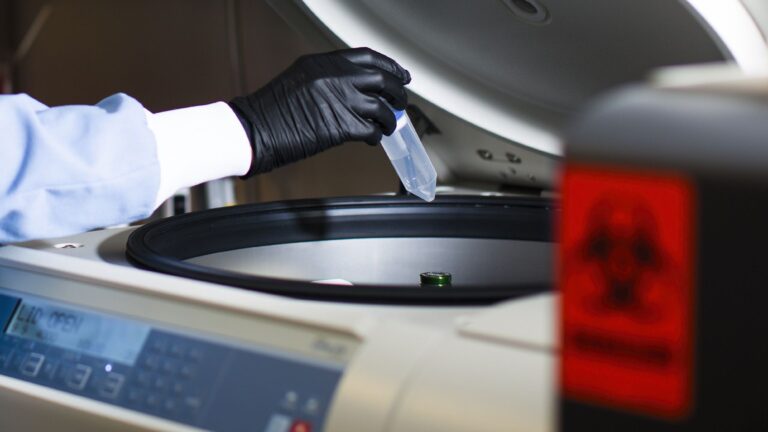