Three men — one in his 40s, another in his 60s, and the third in his 80s — were all exposed to the mosquito-borne virus in Middlesex County, while a female under the age of 19 was exposed in Bristol County, the state Department of Public Health said in a statement.

The diagnoses mark seven total cases this year — two more than those recorded throughout 2019, officials said.

As a result of the latest confirmations, health officials have placed Cambridge, Newton, Somerville, and Watertown at high risk for the virus. Concord, Lexington, Lincoln, Sudbury, Waltham, Wayland, Weston, Winchester, Dighton, Fall River, and Swansea were elevated to moderate risk.

According to the DPH, most of the activity “has been focused in an area around Boston and includes parts of Norfolk, Middlesex, and Essex counties.”

In July, the Boston Public Health Commission said the virus was detected in a sample of mosquitoes collected in Brighton.

Most cases of the virus are asymptomatic, although some include fever and flu-like symptoms and in rare scenarios, more severe illness can take hold. People of all ages can contract the virus, although those over the age of 50 are at higher risk of severe disease, the DPH said.

Officials are cautioning residents to take precautions to avoid mosquito bites, such as wearing insect repellent and draining standing water in their yards, where mosquitos can lay eggs.

This year, DPH is also reminding the public to remain vigilant in protecting itself from Eastern Equine Encephalitis, as Massachusetts experiences another outbreak of the rare but potentially deadly mosquito-borne virus. So far, four human cases have been recorded this season in the Bay State. 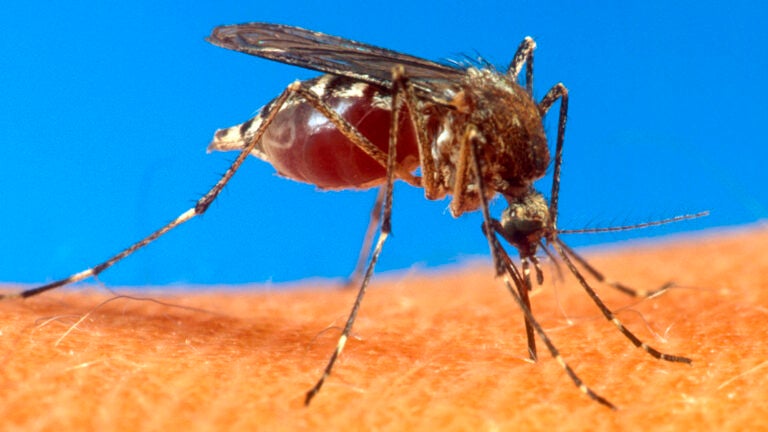 West Nile Virus has been found in Boston mosquitoes. Here’s what to know.